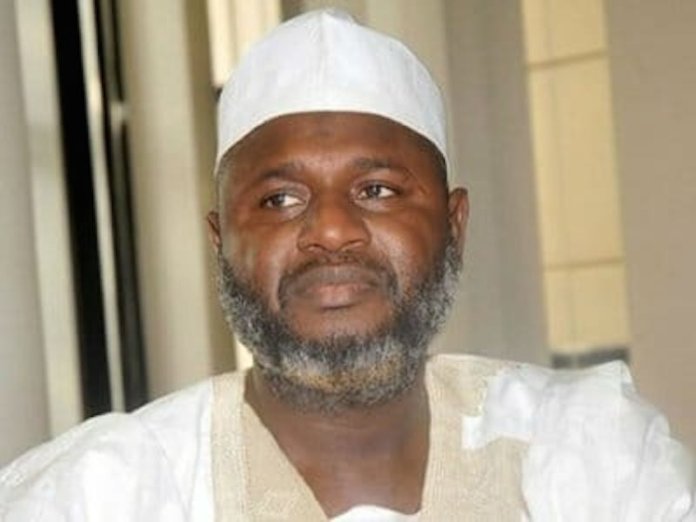 A former Zamfara State governor, Senator Ahmad Yerima and a businessman, Alhaji Musa Wapa have agreed to settle their dispute outside the purview of the independent Investigative Panel set up to investigate alleged human rights violations by the defunct Special Anti-Robbery Squad (SARS) and other units of the Nigeria Police Force.

Yerima summoned by the panel sitting in Abuja for allegedly threatening the life of Wapa a Katsina State born business man, who accused Yerima of using police men to illegally detain and torture him over N23million debt

At the hearing of the matter, Mr. Garba Tetengi SAN, who stood in for the Chairman of the panel, Justice Suleiman Galadima, inquired if the parties (Wapa and Yerima) were ready to settle the case amicably and report the terms of settlement to the panel.

In their response, the two parties agreed to resolve the issue amicably. The panel further directed that counsel to the panel should monitor the settlement as amicus curiae.

The matter was adjourned to 5th of March, 2021 for a report of settlement to be submitted before the panel.

The panel had in December 2020 ordered that Yerima be joined as a party because his name was mentioned severally in Wapa’s complaint.

The complainant had earlier testified how Yerima used the IGP- Intelligence Response Team to deny him the payment of N25 million for three trailers of corn he supplied to his farm, (Rufai Poultry Nigeria Ltd).

During his cross examination before the panel, the complainant admitted that Yerima owed him the sum of N25m even as he admitted he also owed the Senator N23m.

Wapa added that while Yerima’s debt was due for payment, the obligation to pay his own debt was not yet due as at June 30th, 2020 when the Senator allegedly paid N3m to the police team comprising of Abdullahi and Zakariyya of Area Command Kano State and IGP-IRT Panteka, Kaduna state to torture and detain him for six days.

He told the panel that on June 30, 2020 at about 6p.m. a police vehicle suddenly stopped where he was repairing his tractor and started beating him in front of other people and later seized some of his vehicles.

The complainant also narrated how the police officers handcuffed him, while one of them unleashed different forms of torture to dehumanise him.

Led in examination by a counsel of the National Human Rights Commission, Afolabi Olawale, the merchant stated that the said police officers did not spare his driver whom he said was arrested, put inside police bus and driven together with him from Katsina to Kano and later to Kaduna on different days.

According to him, the police officers beat them to stupor while they were inside the bus and that his own personal car which the police collected from him was also driven by one of the officers to Kano state.

He said that his First Bank account was also frozen.

Besides, he told the panel that Yerima tricked him to deposit his Certificate of Occupancy in Jaiz bank under the pretext that his money would be paid, “but nothing came out of it”, he added.

He asked the panel to award

him the sum of N100 Million as compensation, for the alleged violations and tarnishing of his image, saying the police made him look like a terrorist.

He also urged the panel to ensure that justice was served in the matter.

In his cross-examination, counsel to the police, Mr. James Idachaba (DCP), told the panel that Wapa’s arrest was sequel to a court order, which Wapa said he was not aware of.