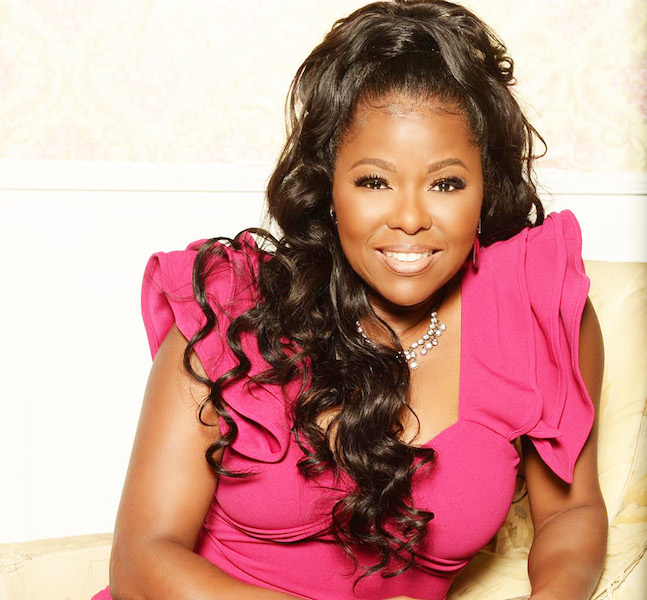 Vanessa Obioha writes that ‘New Day,’ the impending EP from Bahamas-born, melodious songbird, Brettina, exhibits her creative genius and holds a lot of promise to establish her as the New Face of Jazz

She could have capitalized on her natural physical attributes, which assured her a place as a beauty queen. Perhaps, she did. After all, winning the Miss Bahamas Talented Teen opened the door for a scholarship to study at the University of Washington in Seattle, United States of America. With her family in tow, Brettina Robinson relocated from her original home, Bahamas.

Now, she simply wishes to be known as Brettina. Along with her preferred nomenclature is another desire to be identified as the latest supremo in Jazz music!

The melodious songbird had exhibited her creative genius as early as five years, when it became evident she was ready to exploit the rich flair that life had to offer within her folks. She is not one to throw up her hands in defeat and be known only by that limiting description- a pretty face! With a mother, Leona Coakley Springs, who sings gospel and her uncles-Theo and Kirk Coakley of T-Connection, the famous funk/soul group of the 1970s, she was not a stranger to stage sets.

Still sounding inviting after a period of 10 years from when she released her first single, ‘Bahamian Girl’ and the self-titled neophyte full body of works, ‘Brettina’, her latest singles, ‘Bop Baiye’ and ‘Simple Pleasures’ are the type of music that her patient, albeit expectant admirers have been waiting for. Amazingly smooth and relaxing, both songs have been released as singles on all streaming platforms since last year, 2020. A lyric video was released for ‘Simple Pleasures’. There is no video yet for ‘Bop Baiye’.

The story behind the long break reveals her fighting spirit and a strong personality who has her eyes on the ball and never loses focus, no matter the distraction. She narrated to The Nassau Guardian that she was caught in a web of obligations imposed by law which demanded a change of her personality (and type of music). The option was to wait patiently and quietly for the right moment to be free from that commitment. Looking at the bigger picture, she decided to endure the wait, drawing from an inner strength and depending on Providence. She concludes that it was worth it to kill time. “I learned so much more about the music business and I was able to weed out the people who did not have my best interest at hand. It also allowed me to really woodshed and hone my craft. I honestly believe that it wasn’t until I removed my hands from the steering wheel…I realized that God was steering the entire time. I just needed to trust his process which has led me to an amazing Grammy Award-nominated and multi-platinum producer G’harah Degeddingseze and co-writer/vocal producer Tricia Battani.”

=It takes a lot of confidence and courage to be a jazz vocalist and singer in an age that brazenly promotes fleeting banalities. The same can be said of her transparent thoughts that challenge our humanity. The choice to stand strong until the commanding presence of her melodious songs catapults her to where she wants to be demands a lot of tact and hard work. She feels that she is closer to her destination now more than ever before. And with the new EP due for release in 2021, she can almost touch her prize and her accolade as ‘The New Face of Jazz.’

‘New Day’, the single and title of her impending EP is already out for privileged listening. The EP has been a long time coming, by any standard. The expectation is high. The combined effort of Brettina, Degeddingseze and Battani promises a very enriching and rewarding musical creation that displays Brettina’s diverse vocal prowess in the most excellent ways.

Although, the instrumentalists are compelling and distinct in showcasing their craft which recommends the overall beauty of the tunes, the discernible purpose of this ingenious and imaginative interaction between the vocalist, producer and instrumentalists on this EP is to give expression to the amazing wonders that Brettina is able to achieve with her voice, weaving it in and out; low, mid and high tempo through the perfect blend of instrumentation. It’s there in ‘Simple Pleasures’, as you snap your fingers keeping time to the music. It’s there in ‘Bop Baiye’, which moves your head in a familiarity that completely takes you over.

In many ways, ‘New Day’ offers Brettina a huge opportunity on the starting block again. How she proceeds with the rest of the race is a function of how much she has learnt during her hiatus. But she sounds confident to give a good chase with ‘Bop Baiye’ almost becoming a way of expressing a hearty cheer.