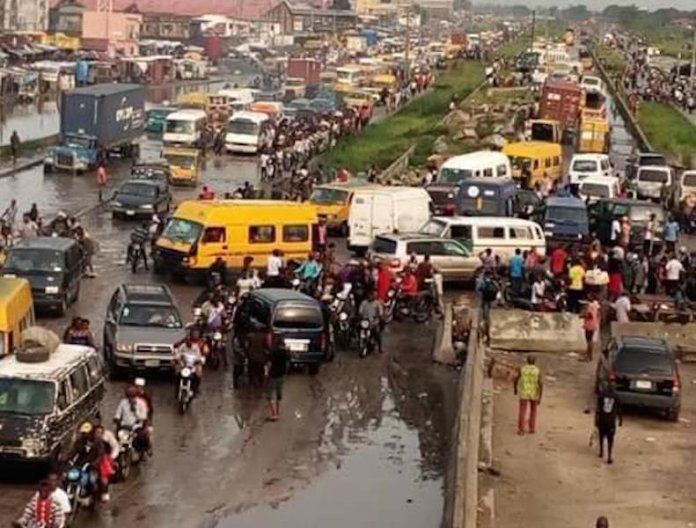 The ancient town of Badagry is getting some deserved attention, writes Adekunle Ogundele

With a rich heritage behind it, Badagry holds a special place in the history of Lagos and Nigeria. Sited on the border of Benin Republic, the influx of foreigners and commerce makes it a bustle of activities.

The town also hosts the first storey building in Nigeria where Bishop Ajayi Crowther translated the bible from English to Yoruba. And there are museums housing historical materials, particularly of the slave trade era in southwestern Nigeria. and also the ‘Point of No Return’ where slaves were shipped out to foreign lands.

Like many towns in the country, Badagry also has its challenges. For one, the road that links it to the centre of Lagos is still horrible, courtesy of a federal government that seems to have abdicated its responsibility. That alone makes many people shy away from visiting.

But the Lagos State government has not left the town, which used to be one of its five divisions, to its sad fate. On Saturday, January 23, Governor Babajide Sanwo-Olu, headed to Badagry. There, he commissioned three projects and flagged-off a fourth.

The event kicked off the state’s projects’ commissioning for the year. From early in the morning, the residents had assembled in the various places, waiting. And the arrival of Sanwo-Olu in company with his deputy, Dr. Obafemi Hamzat; Chief of Staff, Tayo Ayinde and other members of the State Executive Council signalled the end of the wait. Though dressed in a blue suit, white T-shirt and a white branded Lagos face-cap, Sanwo-Olu cut the picture of a man ready for serious business.

Witnessing the occasion were thousands of residents that poured into the streets to welcome the governor and his entourage. Also present were traditional rulers led by the Akran of Badagry, Oba De Aholu Menu-Toyi 1 and other dignitaries. While the governor strolled around the town, different cultural troupes sang and danced, beating their drums in welcome and praise. And the crowd rented the air with shouts of ‘Sanwo-Olu’ as the governor moved about the town.

His first port of call was the 252 unit Lagos State Eco-Friendly Affordable Public Housing Scheme in Idale. The project which is in joint venture agreement between Lagos State government and Echostone Development has 252 units of two-bedroom bungalows and is sited on 12.7 hectares.

Constructed under the supervision of the Lagos Ministry of Housing, the housing project was designed with eco-technology and EDGE Advanced protocol, which is a green building certification that makes buildings to be more resource-efficient. As it stands, each home has two trees and a garden. It also has a water treatment plant, central sewage plant, and power generating plant, good drainages and interlocking road network. It is good the houses were designed to be pocket-friendly to low and middle-income families.

“The 252 units of two-bedroom terrace bungalows being commissioned have incontrovertibly proved our sincerity about closing the housing deficit and delivering our housing promises through relationship we have cultivated with the private sector for housing development,” Sanwo-Olu said during the commission.

“This Idale-Whedako Scheme is indeed a direct result of our faith in the capacity of the private sector to play a supportive role in housing development. This housing scheme has come with the lowest of prices, which makes it affordable to the targeted population. The payment plan will be spread over a longer period of time.”

The governor also said the state would employ the same technology to build the proposed Workers’ Village which would provide 600 housing units in Ipaja later in the year.

Also, the Commissioner for Housing, Moruf Akinderu-Fatai, said the housing project was uniquely designed and came with the convenience of low cost maintenance in terms of water usage and energy efficiency.

The import of these projects is not only to give the ancient town a facelift but also to attract more people to live and enjoy Badagry. I can imagine how living in the town would be when the light rails is finished. With that, there would be easy access to and from Lagos Mainland. It would provide serenity for those who would live there. And with this current development, more economic activities would surely spring up.

Also, knowing roads is a critical infrastructure for growth and development, the Sanwo-Olu adminstration also flagged-off the rehabilitation of the 5.5km Hospital Road. Hospital Road is an arterial road which links five communities – Idale, Akarakunmoh, Pivota, Topo and Ajido – to Lagos-Badagry Expressway via Joseph Dosu Road. But to reach the flagging-off point, Sanwo-Olu walked a distance of 1.2km with residents of the town. And along the way, residents had the ears of Sanwo-Olu as they plied him with personal and communal needs.

However, Sanwo-Olu said that Hospital Road would be expanded to double carriageway and will be done in two phases, with the first phase spanning 3.2-kilometres and the second phase, 2.3 kilometres.

“This road construction flag-off is a demonstration of our readiness to serve our citizens on this part and it doesn’t matter how long it takes,” Sanwo-Olu said.

“It doesn’t matter how far Badagry is from the state capital; we will never neglect this city in our development drive. We will continue to justify the confidence you reposed in us when you voted us in.

“The reconstruction of Hospital Road is just one of many more good things to come, here in Badagry, which is critically significant to our administration’s tourism agenda, with assets like the Agiya Tree Monument, the First Storey Building in Nigeria, the Heritage Museum, the Eko Theatre, and long stretches of pristine beach.”

After the flag-off of the road rehabilitation, Sanwo-Olu commissioned a 110-bed Maternal and Childcare Centre (MCC) as well as the rehabilitated School of Anaesthesiology. These projects are part of what would bring quality healthcare closer to the people.

“Today’s commissioning activities are in fulfillment of part of the promises we gave our citizens in Badagry and I am delighted to be inaugurating three key projects that will enhance standards of living and boost development of human capital, particularly the 110-bed MCC we have completed in this part of Lagos,” Sanwo-Olu said. “This is just a testimony to our assurance to the people and our commitment to deliver quality projects that will turn around the lives of our citizens. Not only are we handing over the MCC for public use today as an emergency service, it also caters for obstetrics and gynaecology. There are also laboratory, radiology, paediatrics and immunisation departments.”

Speaking on the rehabilitation and expansion of the School of Anaesthesiology in the Badagry General Hospital, Governor Sanwo-Olu said the steps taken by his administration were aimed at increasing the number of trained professionals in the field, adding that such pivotal projects were being replicated in other locations across Lagos.

“The people of Badagry and the adjoining communities now have increased access to quality and safe healthcare. This will bring about complete eradication of maternal and infant mortality, as well as general improvement in all maternal and child health indices in this local government. All these benefits will in turn have a positive ripple effect on the development and socio-economic indices of Badagry.”

Earlier, the Lagos State Commissioner for Health, Prof. Akin Abayomi, said the Badagry MCC started operation immediately it was completed last November. Abayomi disclosed that the facility had already delivered healthcare services to over 3,000 outpatients and 600 children. The facility, the commissioner said, has taken 49 successful caesarean deliveries. Prof. Abayomi also noted that the MCC would complement the capacity of the 21 primary healthcare facilities across the three local government areas in Badagry.

The projects, which are in line with the THEMES agenda of the Sanwo-Olu administration, will no doubt impart the ancient town positively.

I love that housing estate at Badagry has become a reality. Also, the interventions at the General Hospital will aid healthcare in Badagry while the road will definitely ease movement and give the town a facelift.

The projects are commendable and as they say, reward for good work is more work. As the Sanwo-Olu administration has touched Badagry, I pray the goodies continue to spread more to other parts of Lagos.