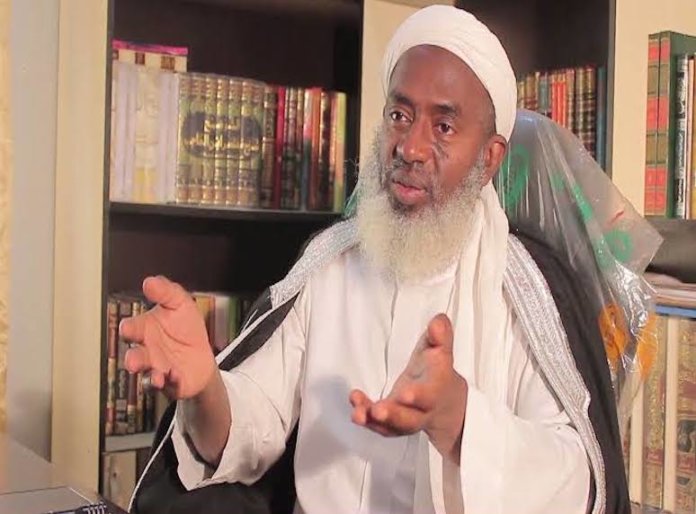 Huseyn Zakaria and Shuaibu Idris Miqati argue that instead of wasting collosal amounts of money and lives to insurgency and banditry, the Federal Government should consider amnesty and rehabilitation for the insurgents

From time immemorial mankind has been confronted with poverty, injustice, inequality, insecurity and several other challenges too numerous to mention. Over the years, governments and indeed, leaders have used different mechanisms to address these challenges with varying degrees of successes and failures.

‘Islam’ which means ‘peace’ has the most realistic, sincere and time-tested mechanism for conflict resolution. It has provided the terms and conditions to be observed so as to live in peace and harmony no matter the extent, level and or degree of diversity in a society. Indeed, Prophet Muhammad (SAW) has exemplified this during his lifetime as he lived in total tranquillity with Jews and Christians devoid of rancour, ill feelings, suspicion or injustice despite being in leadership position. Equity, justice, fairness and above all transparency were the order of the day while Muslims were in leadership positions.

Over the years however, societies metamorphosis brought about lopsided actions, transgressions, nepotism and unfair treatment of people leading to many being aggrieved as a result of the somewhat perceived rightly or wrongly maltreatment of certain part or class of people. In Nigeria, many citizens who are somehow denied of their means of livelihood by our society appear not to have any means of accommodation and have been forced to live in abject poverty for several decades. Many of them resort to vent their anger on almost anyone they come across irrespective of whether he or she is part of their ‘oppressors’, as our leaders or those who are perceived to be rich are called.

A certain stage of conflagration, anarchy, chaos and total breakdown of law and order is either in the offing or already happening in several societies from Asia to Latin America, Europe to Africa and Middle East to North America. Most of the causes of these challenges are political, economic, ethnic, tribal, cultural, land and or, religion. As stated, earlier humanity developed several mechanisms to deal with these challenges’ with minimal success as most of the conflicts still persist. American societies are not safe from organised crimes and bandits nor is Italian society cleared of gangsters and organised crimes. The ecosystem of members of the underworld transcends continents, national boundaries, race and religion.

For instance, after several decades of fighting so-called terrorists all over the world, and despite its overwhelming supremacy in ground, air and sea fire power, the US government had to resort to dialogue in a number of areas so as to achieve lasting peace. An example is the truce it had with the Taliban. After several years of military exercise of power, loss of lives, properties and trillions of dollars, no appreciable progress was recorded in dealing with certain ‘criminals’ even by the so-called super-powers of the world through military might. Indeed, both the US and Russia had to resort to dialogue in order to achieve certain level of peace after exhausting their capacity for destruction using air power or even forced occupation using ground troops. This was evidence that fire power has limitations. Thus, the need to explore alternative approaches to achieve peace became imperative. One can argue that Al Qaeda was defeated through the use of force and Israel/Palestinian conflict remains intractable despite several dialogue sessions. However, even lawyers have identified Alternative Dispute Resolution (ADR) as a good means of resolving disagreements.

Back home, our security forces have been fighting insurgents/bandits/criminals for over a decade without any foreseeable end to the multifaceted wars. We have been depleting our dwindling foreign exchange on either outdated or incomplete weapons. The economy and populace are suffering beyond comprehension with no peace or security in sight. It is worthy of note that dialogue was used to address the Niger Delta crisis with commendable success. Is it not time that we consider the use of similar mechanism to address say the Herders Farmers conflict?

Recently, Sheikh Ahmad Abubakar Gumi came up with novel initiative towards reconciliation with the several groups of the dreaded bandits, kidnappers and armed robbers in some parts of the Kaduna state. The Sheikh organised discussion sessions with the leaders of these miscreants with a view to cajoling them to lay down their arms and ammunitions so as to give peace a chance. Education, enlightenment and appeals were used to entice these daredevil individuals to see reasons to abandon their nefarious acts and embrace peace. No ransom, gifts or any enticement or inducement was involved thus far. Yet he has so far been able to receive thousands of repentant bandits who have voluntarily surrendered along with their commanders. As at today, more cells of kidnappers and bandits have sent their emissaries with white flags indicating their readiness to abandon jungle life and reintegrate with mainstream society.

In a society where many religious leaders have lost sense of direction, honour and or dignity, this type of move is what we need from well-meaning leaders and individuals to restore peace to our society. Some cynics may read meaning to this noble gesture, some may not appreciate nor understand why the Sheikh has taken it upon himself to dare these miscreants and even risk his life so as to achieve this giant feat. However, Allah (SWT) knows what is in Mallam Ahmad’s mind. Those close to him also know his thought process, his vision and mission on this epic journey. That’s indeed why we salute his courage, wisdom and timely intervention for the benefit of Nigerians irrespective of tribes or religions. It is also pertinent to note that this action is noble, exemplary as the Sheikh is not just talking the talk but walking the talk devoid of politics, popularity seeking and or egoism. Unfortunately, these are what characterise most of our contemporary scholars.

Nigerian has lost thousands of lives and wealth over the years to these meaningless conflicts. It is in the light of the foregoing that we wish to call on President Buhari to immediately consider integrating Sheikh Gumi’s peace initiative as part of a holistic approach towards restoring lasting peace and progress to affected communities. He should order all the heads of armed forces, the Police and other security operatives to jointly work with Sheikh Ahmad in this dialogue process. In addition, all surrendered and repentant miscreants should be extended amnesty as well as some palliatives such as soft loans say three cows, a male and two females to start life just as what was done to the repentant militants akin from Niger Delta. The militants in the creeks complained that Oil companies’ activities made fishing, the bedrock of living and economic activities of the inhabitants of the region, impossible. Government planned and executed an amnesty program which ensured peace in the region.

The Fulani herdsmen who basically rear animals have had their means of livelihood affected negatively by desert encroachment as well as human activities that degrade the environment. Grazing areas, cattle routes and even canals have all disappeared. These caused loss of opportunity as well as assets such as animals owned by herdsmen. Poverty pushed some of these herders into crimes of cattle rustling, banditry and kidnapping. A programme similar to the amnesty programme implemented in the Niger Delta region may be necessary for the herdsmen to complement Sheikh Ahmed’s efforts so as to achieve lasting peace. Federal Government’s programme such as Trader Moni, Conditional Cash Transfer, Palliatives etc can be extended to these herders with a view collecting their arms and ammunitions in exchange for say one bull and two female cows on a loan basis. Organisations such as Miyetti Allah Cattle Breeders Association of Nigeria should be involved in sorting out those that should benefit from the programme after undergoing a process of de-radicalisation, drugs rehabilitation and then economic rehabilitation with a view to alleviating poverty and achieving lasting solution.

We should not, indeed must not allow sentiments and politics to derail this laudable initiative. If any, it be should fine-tuned and implemented sooner than later, in our collective interest. If peace can be achieved through dialogue, why spend colossal money and lose several lives yet without much or appreciable level of success? We should take cue from President Joe Biden who was sworn recently as the 46th President of United States, the only policy of the former President Donald Trump he promised to continue with is dialogue with the Taliban towards lasting peaceful coexistence.