Nigeria Qualifies for Judo at the Tokyo 2021 Olympic Games 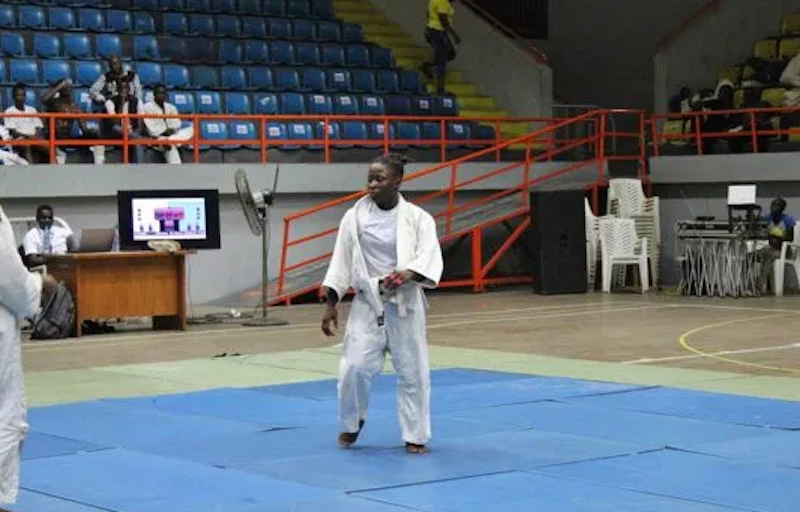 Nigeria has qualified to participate in Judo event at the Tokyo 2021 Olympic Games.

According to the latest report released by the African Judo Union (AJU) tagged “AJU Olympic Games Qualification Status”, Nigeria’s sole representative in the 63kg women, Enku Ekuta, who is sponsored by Accugas, a Savannah Energy Company, was listed among 33 judokas from Africa who have qualified for the Olympics.

According to the AJU report, Enku Ekuta’s 620 points placed her among the top 16 women judokas in Africa and the points were enough to secure her a continental quota qualification.

Nkoyo Etuk, Head of Stakeholder Relations and Communication, Savannah Energy said: “We are excited to see the African Judo Union report which listed Enku among the judokas from Africa who have qualified for the Olympic Games in Tokyo, Japan.

“Enku has worked very hard over the past several months to step up her fitness despite the global disruption caused by the Covid-19. This was demonstrated through her medal-winning feats at the competitions in Madagascar, Senegal, and Cameroon.

“By qualifying for the Olympics, Enku has made Nigeria proud and justified Accugas’ support for Judo in Nigeria. We are confident that she will excel at the Olympic Games and win a medal for Nigeria. We thank the Nigeria Judo Federation (NJF) for their collaboration and support,” she noted.

Speaking on her qualification for the Tokyo Games, Ekuta said: “I am happy that I have qualified for the Olympics. I thank my sponsor, Accugas, for making this dream a reality.

“The sponsorship has enabled me to participate at three major competitions on the continent where I won medals and earned qualification points. Without Accugas, I would have missed those competitions. The company also arranged training sessions for me with some of the best judo coaches in the world to ensure that I remain in top form. I promise to work even harder to ensure that I win a medal at the Olympic Games”.

Ekuta is currently Nigeria’s highest ranked judoka and the only judoka from Nigeria that will participate at the Olympic Games. She recently won a bronze medal at the 41st African Seniors Championships held in Antananarivo, Madagascar. She is also preparing to participate in other forthcoming international judo competitions ahead of the Olympics.