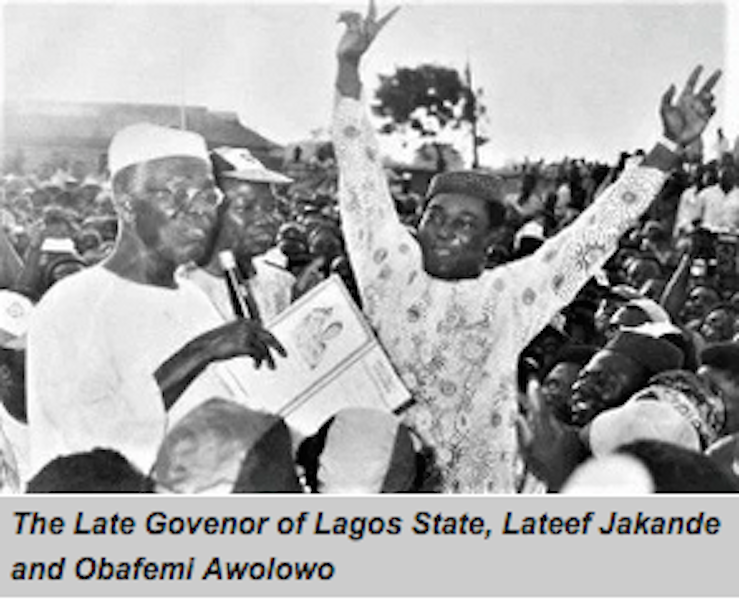 The passing yesterday of Alhaji Lateef Kayode Jakande marks the end of an era in our governance culture. He was easily the most noteworthy ambassador of a breed of state governors who were dedicated to delivering practical life changing dividends to the electorate. Within a short period of one term during the Second Republic (between 1979 and 1983), Jakande effectively delivered mass education, mass public housing and gave practical effect to governance anchored on service to the people.

An accomplished journalist and politician, Jakande was Minister for Works and Housing under the late General Sani Abacha. But it was his stint as Lagos State Governor that defined him as an astute administrator and public servant. For much of that era, Jakande was the benchmark by which other governors were measured. His administration lasted only four years. But that was long enough to make a huge difference in the lives of Lagosians. From schools to numerous estates and other facilities, many accomplishments bear eloquent testimony to Jakande’s acumen and strength of character.

It is significant that Jakande governed in the true spirit of ideas-driven partisanship. He gave practical expression to the ideological slant through his successful mass oriented programmes. An added value was his personal pragmatism and rapid result orientation. Throughout his period in office, Jakande never travelled abroad. It is also noteworthy that he opted to run the state from his modest personal home and chose to use his old Toyota car for public functions. These choices were made from the depth of original conviction and a desire to serve and not be served.

In his chosen profession of journalism, Jakande was also a colossus. For a decade between 1969 and 1979, he not only midwifed the Newspaper Proprietors’ Association of Nigeria (NPAN), he worked assiduously to make the professional group a force for good in the country. That perhaps explains why in his tribute yesterday, the current NPAN president, Kabiru Yusuf, said that in Jakande, “the nation has lost a great patriot, advocate of good governance and democracy.” There are perhaps only a few Nigerians who will disagree with that summation.

Following his education at Bunham Memorial Methodist School, Port Harcourt, King’s College, Lagos and Ilesha Grammar School where he edited a literary paper called ‘The Quarterly Mirror’, Jakande began his journalism career in 1949, first with the ‘Daily Service’ before joining the ‘Nigerian Tribune’, owned by the late Chief Obafemi Awolowo in 1953. Three years later, Jakande became the editor-in-chief of the newspaper where he served until 1975 when he left to establish John West Publications.

In 1979, Jakande joined the Awolowo-led Unity Party of Nigeria (UPN) on the platform of which he contested and won election as Governor of Lagos State. He introduced several social welfare schemes, including free primary and secondary education as well as free health services for the poor. He established over 30,000 units of public housing, the Lagos State University (LASU) and several landmark infrastructural projects across the state. The Metroline project he initiated to facilitate mass transit in the state was cancelled by the military administration of then Major General Muhammadu Buhari (current president), following the December 1993 coup.

Even after his years in power, Jakande’s lifestyle remained simple and modest. He resisted the urge for excessive amassing of personal wealth in easily Nigeria’s richest state. What the nation should therefore mourn in the passing of Jakande is perhaps the loss of a man whose life illustrated some of the noblest values that are today nearly absent in those who run our public affairs at all levels.

May God comfort the family he left behind. And may his soul rest in peace.