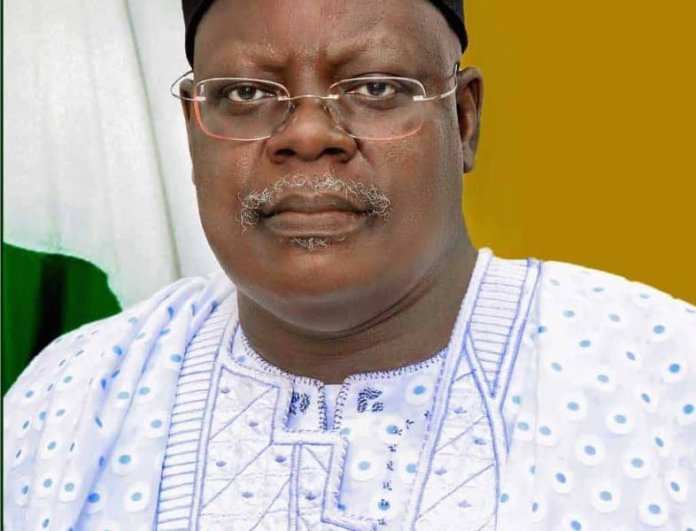 Adesoro Tolu Austen, Special Adviser on Media and Labour to the Clerk to the National Assembly, Mr. Ojo Olatunde Amos chronicles the eventful rise of his principal to an enviable height in his career

“He that takes truth for his guide, and duty for his end, may safely trust God’s providence to lead him aright”
-Blaise Pascal

On Valentine’s Day (February 14th, 2021), the Clerk to the National Assembly, Ojo Olatunde Amos, will clock 58 years on Earth.

His elevation to the pinnacle of his career on Friday, July 17th, 2020, given the way he had masterfully and doggedly discharged and acquitted himself, professionally and intellectually, shows that he is indeed imbued with providential fervor.

Talking about providential fervor, George Washington, the first constitutional President of the United States, who was inaugurated on April 30th, 1789, in New York, was a personality of many parts; and was equally showered and flowered with providential fervor.

At the peak of his success as President of the United States(1789-1797), he quite acknowledged the mighty invisible hands of providence in his chequered existence, when he wrote as follows: “I flatter myself that a superintending Providence is ordering everything for the best, and that, in due time, all will end well”
Therefore, looking so far at the odyssey of the current Clerk to the National Assembly, Ojo Olatunde Amos, it is not out of place to describe his intellectual, professional and career sojourn as that which have been propelled massively by providence.

In 2004, when Ojo Olatunde Amos joined the staff of the National Assembly, as the Chief Architect in the then newly created Department of Estate and Works, he was coming in with a loaded bag of experience and with a mind wide open to prove himself as a ‘diamond in the rough’.

Certainly, one of the last things or ambition in the heart of Architect Ojo Olatunde Amos was not to become the Clerk to the National Assembly in Nigeria, in 2004, because of the heavily crowded field of equally qualified and distinguished personnel that were constantly visible in the nation’s highest legislative body.

Like George Washington, who had proved himself as an officer in the Virginia militia, survived several life threatening situations, before his brave mind singled him out conspicuously as a soldier for American war of independence (1775- 1783), Ojo Olatunde Amos had through dint of hard work and uncommon intelligence, made history as the first ever Ilobu- Asake indigene, to become a federal Permanent Secretary in Nigeria; now he is the first ever Clerk to the National Assembly from that axis of the country.

The intoxicating tale of George Washington and Ojo Olatunde is truism of the postulations of legendary Blaise Pascal who cleverly captured the natural workings or manifestation of providence when he posited that:” He that takes truth for his guide, and duty for his end, may safely trust God’s providence to lead him aright”.
Like Washington, Ojo Olatunde has not only taken the doctrine of truth as his guide, and commitment to duty as a creed, while God’s providence has steadily led him a-right to the zenith of his career within the National Assembly.

Indeed, the characteristics or behavioral traits of Ojo Olatunde Amos are fabulously saturated with intellect, self-control and self-denial; he is a man of Olympian courage and commitment.
Born on February 14th, 1963, from Jagun’s compound, llobu, Osun State, the young Ojo Olatunde Amos went to Ilobu Secondary Commercial Grammar School, Ilobu, from 1978 to 1983.

In his Joint Admission and Matriculation Board Examination (JAMB) subjects, he came out with distinctions, with ‘100 over 100 in Mathematics’. The aroma of academic greatness attracted him to the Obafemi Awolowo University in 1985 where he came out with flying colors in Bachelor of Science (Architecture) 1990; he majestically added a Master degree in Architecture in 1992.

Before Ojo Olatunde Amos ventured into the services of the National Assembly, he had secured a history of catalogued of selfless service, of great professional competence, of incredible generosity of compassion for the poor and instinctive good taste, of liberal and enlightened values.

Today, as the Clerk to the National Assembly, one of the most populous parliament in African sub-Saharan Ojo Olatunde Amos’s shared vision is to be responsive to creative and innovative abilities of all stakeholders, so that under his watch the impossible things could become surest.

As a genuine beneficiary of providential fervor of God Almighty, Ojo Olatunde Amos has given a new character to commitment and competence, in running the affairs of the National Assembly.

In celebrating this icon of ingenuity and purposely leadership, is a wonderful opportunity to expose to the world a man dedicated to the idea of problem solving, of distribution of official fairness,, broad-mindedness, selflessness, brotherhood and self-discipline.
On this occasion of his 58th birthday anniversary, the acme of progress, selfless and focused leadership has been attained by Ojo Olatunde Amos.