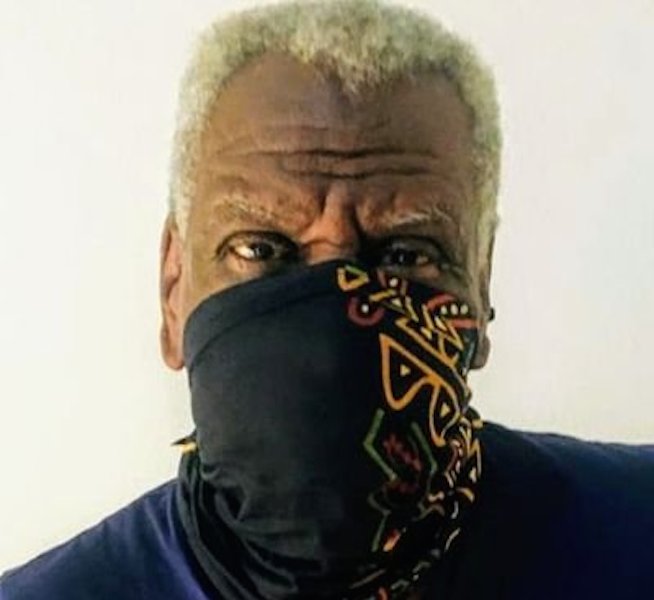 It was last Wednesday, 3 February, 2021, that I spent about an hour with Kadaria Ahmed. She’d called the previous day that I’ll be a guest newsreader on her squeaky new station, Radio Now 95.3FM, Lagos, at 1.00pm. Despite the very short notice but largely on account of my deference to who put her on to me, I dressed up, showed up and took the short news bulletin. In my broadcasting days, that bulletin was what was named News Summary. They served as hors d’oeuvre for the main dish, the National News. They were also taken by rookies and the duty announcers perfunctorily But on Ms Ahmed’s station, what I read is named News read by Newsmakers. So, I read the news. Not from sheets of paper, as I was accustomed. From a laptop operated by a charming young lady, Oprah Onyeador.

A minor mishap occurred while I was at it. My phone began to ring from inside my phone while on air. I almost laughed aloud in the middle of my performance because, I remembered an Eke saying that my wonderful friend, Kevin, shares from his homeland which translates to the chi of the crab has finally killed the crab! Because, for a moment, I thought I was in my Radio Nigeria days and of those – Dr Christopher Kolade, Mr Sunny Young-Harry, Mr Ishola Folorunso, Mr Bisi Lawrence, Mrs Stella Bassey, Mrs Marie Irikefe and Ms Inyang Olugu – who would’ve had a heart attack had this happened… Thank heavens I’m beyond being fired coz I wasn’t hired!

So, after the News, I sat in for a brief chat with Kadaria Ahmed. By the way, if there’s anything to take away from this short piece, which she caused me to write, it’s that her first name should be pronounced as if the K were a Q. It was during that chat, while telling her how I moved from radio to advertising that I recalled what occurred a day before valentine, 45 years ago.

On that Friday, 13 February, 1976, I was also reading News. No one telephoned me to read the News. That was my 9 to 5 work. I was on the Newsreaders Roster. That duty roster was drawn up weekly, if I remember aright, by the Head of Presentation. In that roster were names like Ikenna Ndaguba, Martins Okoh, Friday Ifode, Churchill Ifode, Mike Enahoro, Kevin Amechi, Marius Ugada and myself. We were called National News Readers. When you got on to that roster you felt like you’d won an Oscar. Why not! Radio Nigeria was akin to the Academy!

So that day, I’d driven up in my car to the Radio Nigeria premises which is stuck in the middle of the sleeping occupiers of the Ikoyi Cemetery. To be sure, Siene Allwell-Brown sometimes answered phone calls, especially if it was in the night, by saying in her beautiful voice:

Ikoyi Cemetery. Who do you want? The callers often dropped abruptly. But we worked around them joyfully. As for my car, it was a uniquely painted Beetle. I still wonder why my in-laws call that hardy Volkswagen, Ijapa, the tortoise, which in their lore is the husband of a lady named Yanribo. That’ll be a story for another day. So, I drove up. Read the News at 7.00am. Rosaline Ogunro nee Ogbangwo was the Continuity Duty Announcer on that day. I then crossed over, through a tunnel of a connecting corridor to read the 7.30am News on Voice of Nigeria, VON. In those days one read the News in Voice of Nigeria from a blind studio. One sat in the cold studio with about 43 sheets of paper which contained the news one was about to read. The table was acoustically treated – as the walls – with a green table cover. At its centre sat an RCA Victor 77 DX Ribbon bi-directional unforgiving microphone which accurately, and not out of malice, “reported” whatever noise one caused or occasioned to one’s listeners wherever they were. They could be thousands of miles away. And they could be a few meters away, and upstairs, in Dr Kolade office as Director-General. The other furniture in that blind studio was a red electric bulb. Whenever the lamp glowed you were O – Y – O, brother, on – your – own.

I finished the news on time, at 7.40am. Casually I strolled over to the Continuity Studio to deposit the bulletin which the Newsroom would retrieve in order to update it for the next VON News at 8.30am, if necessary.

When I got there the Commentary, a 5-minute piece that sought to elaborate on any topical subject, was already running. It was then the drama began. The very heavy studio door swung open behind me. I turned, looked in utter disbelief when I saw a man, in army fatigue, with an AK-47 in his left hand. He swayed a bit, I’ll swear. He had alcohol in his breath, I attest. His eyes danced, I wager. His name I learned much later was Major Rabo. He then spoke:

Be dead at ease.

Seeing his rank I also spoke:

Major, what you’re hearing is from that tape-recording machine that’s running. Should we stop it? When he nodded, I requested Sam Uduma to obey his instruction. He did. The major left the studio, And a deafening quiet descended on VON.

We now were wondering who he was. What was he there for? Was there a coup? Was he standing just outside the studio waiting to use his gun on any who poked his head out? Remember that this was many years before the advent of mobile phones. Therefore we had no idea what was going on outside of the studio. And fear had us in its firm grip. Having heard of earlier Nigerian coups my imagination was working overtime.

After about 45 to 60 minutes, I ventured out. The major wasn’t anywhere near. I tiptoed downstairs. A few people who’d arrived for work were around and whispering things about the death of the HoS, about a coup announcement made earlier on Radio Nigeria. Amongst those around was a producer in the French department of Voice of Nigeria, my irrepressible friend and classmate from our higher school days in Ibadan, Soga Dada, for whom everything is hugely exciting. Even the presence of soldiers on the grounds. And the sudden appearance of a military tank with its barrel trained on the building. All was fun to Soga. I knew differently.

Though it was six years ago, I knew of a full war that raged in my neck of the woods. I knew that the metal monster that stood, inscrutable, outside the building belched fire if it breathed. It spewed out what could bring down a building after just a few tries. It wasn’t meant for humans for humans were too puny for it and were only collateral damage when the buildings that dared to stand in its way came down. The likes of that monster had spoken loudly and menacingly, from miles away, to us who lived in Port Harcourt in those heady war days. And we dutifully fled because of its bowel-moving sounds which, to Igbo ears said Kwapu, Kwapu! Kwapu, Kwapu! So,bro, I thought to myself, how unlucky can you be to be in the wrong place at the wrongest of time.

Explaining what the tank could do to us on the ground floor of Voice of Nigeria only increased Soga’s excitement. To get away from him and seek the safest place to stay, I walked towards that connecting tunnel that linked Radio Nigeria and Voice of Nigeria. It’s made of concrete. As I came through the bend I saw these two soldiers. The one facing me was IBB, as, again, I got to know later. The one backing me, thank heavens, was Col. Dinka, the coup leader. Had it been the other way, I might not have had the chance of telling this story. On seeing me first IBB barked, Get Back! In Umudioka they say you do not tell the deaf that a war is on. I did beat a very hasty retreat.

I told myself it was time to leave town, so to speak! I stepped out of the building, descended the few concrete steps, approached some of the soldiers. I then told them that I’d been there since 6 30am to read the News and as it was past 10.30am I should go back home, in Ikoyi, to eat. They took a long look at me. They must’ve rightly thought that I couldn’t hurt even a fly. I still don’t. Which is your car, they asked. I showed them my prized though dirty-as-usual car. You can go. A few friends jumped in. I’m not sure Sola Omole wasn’t one of them. I drove off.

The streets were justifiably deserted. I dropped my friends along the way home to Akoka. Not Ikoyi.

I was still a long way away from my house on St Finbarr’s College Road when I sighted, Mama Yard and my good old buddy, 10-ton Tony Ibegbuna on the balcony. They began to jump like crazed raccoons, in jubilation, as they saw my one-in-town car approaching. Tony, a producer in Voice of Nigeria, knew I took the 7 and 7 30am news on both home and external services of the Nigerian Broadcasting Corporation and, with the announcement of the coup, sensed I must’ve been in harm’s way. The old rascal also sensed that Mo could’ve visited as Saturday, the next day, was to be Valentine. But who would be celebrating when Gen. Murtala Mohammed, Head of State, had just been killed?

And, here we are, 45 years later. A day before valentine. But who can be celebrating when Covid is raging through Nigeria, and indeed, the world.