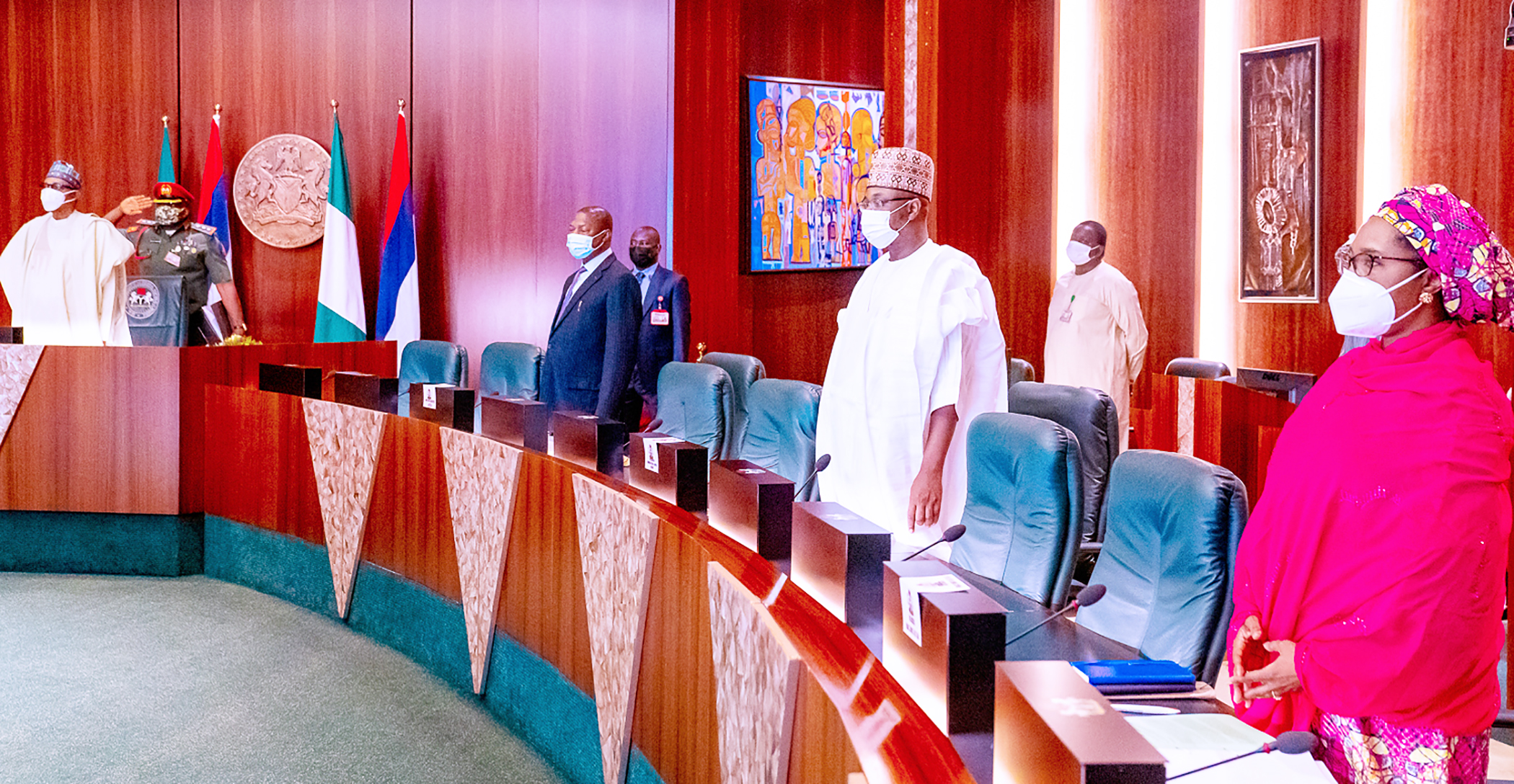 The Federal Executive Council (FEC) yesterday approved contracts worth over N26.7 billion for projects under the Ministry of Information and Culture; Ministry of Communication and Digital Economy and Ministry of Humanitarian Affairs, Disaster Management and Social Development.

Minister of Water Resources, Mr. Suleiman Adamu, told journalists after the meeting that the council approved N8.43 billion for the implementation of Damaturu water supply scheme.

Adamu said the contract for Lot A was awarded to Mallam Matari and Service Centre Water Supply Project. Lot B is the construction of water supply at Nufakalam and Lot C water supply scheme at Sunsuma, all in Yobe state

He said: “They are all groundwater or borehole projects spread over a wide distance because they are covering three major cities. They will be mostly solar-based and also it’s in response to the critical needs of these localities in Yobe State.”

According to him, the localities are affected by the activities of insurgents eight years ago and the area is a high Sahel region where surface water is difficult to come by.

“We hope that with this intervention, the water supply within this area will be greatly enhanced. The completion period is 24 months,” he added.

The Communication and Digital Economy Minister, Isa Pantami, on his part, told newsmen that the council approved about N8.9 billion for a new National Information and Communication and Technology (ICT) park in the Federal Capital Territory (FCT) to coordinate public and private ICT hubs in the country.

He added that the government would soon release the timelines for the replacement of BVN with NIN in bank accounts.

According to him, 4,200 square metres of land has already been acquired for the establishment of the ICT park.

He said: “The wisdom behind the ICT Park is for it to be a centre where public and private ICT hubs are going to be coordinated by the Federal Government of Nigeria, where young innovators with crazy and disruptive ideas will be mentored and all that they need to be provided for. We will provide enabling environment for them to utilise and come up with disruptive technologies.

“This is the first of its kind in Nigeria, we have so many parks and hubs but they are regional. This one will be central and will be a center of job creation for our teeming youths. It will be a centre where technology will be developed and incubated. It will play a significant role in reducing unemployment and the reduce the gap in unemployment.

“The Federal Executive Council has approved the memo and we are going to start by establishing it in Abuja and we hope Abuja is going to be another Silicon Valley in Nigeria.”

Also speaking, Minister of Information and Culture, Lai Mohammed, said the council approved N9.43 billion to complete the digital switchover, which had previously missed the deadline set for its implementation.

Mohammed said: “As you know, the ITU had two cut-off dates, one in 2017 another in 2020, where nations were supposed to complete their movement from analogue to digital.

“Regrettably, we were not able to make it. But with the approval of this memo today, we would be striving to switch from analogue to digital.

“We will now agree on a date for a launch in the biggest cities like Lagos, Kano, and Port Harcourt. And we will start the switch off in the already switched on states.

“The effect of the more today is that digital switchover is now real and the economic effect of it will be the creation of hundreds of thousands of jobs in content production, channel distribution, Nollywood and electronic appliance productions to service about 20 million Nigerian homes. At the end of the switch over, we would have created the biggest free to air TV platform in Africa. I will be announcing a ministerial task force that will execute the council resolve either this week or next.”

Mohammed added that the council also approved a Memorandum of Understanding between the ministry and the Central Bank of Nigeria (CBN) and Bankers’ Committee for the renovation of the National Theatre, Lagos.

“The approval of these two memos is capable of creating one million jobs in the next three years.

“President had in 2020 gave approval to the CBN and the Bankers’ Committee to develop, refurbish and renovate the National Theatre and at the same time take over the adjoining land to create a veritable creative industry where they will be four hubs – one for films, one for music, one for IT, and the other for fashion.

“The memo today was for the Federal Ministry of Information and Culture to enter into Memorandum of Understanding for the refurbishment of the National Theatre.

“The CBN and Bankers’ Committee are willing to invest N21.894 billion to renovate, refurbish and commercialisation (run it profitably) of the National Theatre complex.

The MoU has a life span of 21 years after which it will revert back to the government.

The important thing is that no job will be lost because after the National Theatre is renovated, a special purpose vehicle will be created to run it. It cannot be business as usual, it will be a turning point in the creative industry in the sense that we are going to have a brand new National Theatre, an event center that will help in creating more jobs.”

According to her, the objective of the policy is to ensure that older persons are guaranteed security, comprehensive care, self-fulfillment, and dignity.