Rotary Club  to Tackle Open Defecation in Lagos 31 mins ago 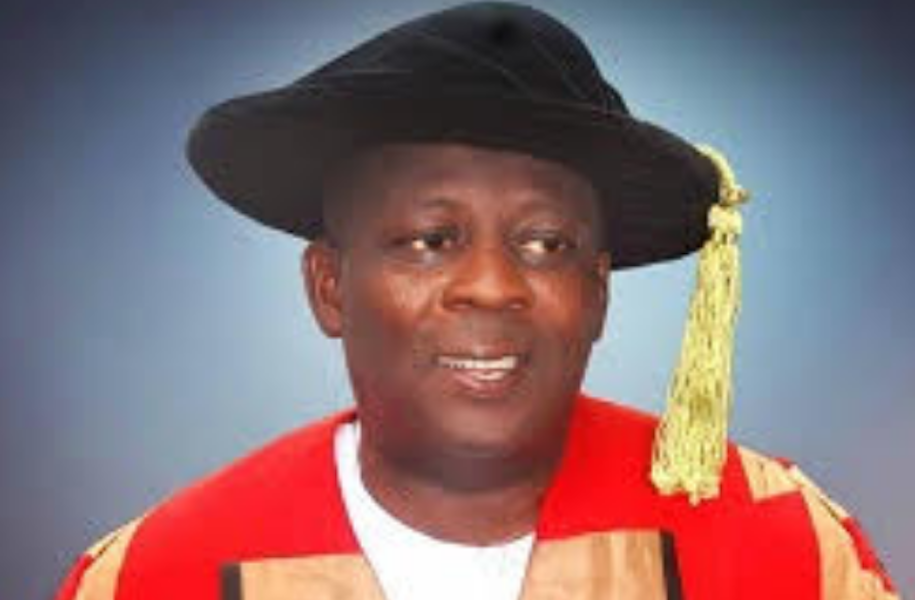 Incontrovertibly one of the most intellectually engaging historians of our time, Professor Abdul Gafar Siyan Oyeweso, manifests by the day in several discourses on account of his selfless services. I had just been part of a radio programme on Friday, January 8, 2021 when one of the promoters of the online broadcaster, Spirit of Nigeria, Dotun Atilade, called me.

In rounding off his appreciation to me he reminded me that most people from my birthplace of Ede, Osun State, are selfless. Thus began quite a sweet recall of a most ubiquitous example in the person of our darling Siyan Oyeweso. That Prof will go far, very far, even as he is already one of the most accomplished living historians in Nigeria today. Can you imagine somebody willfully turning down legitimately deserved remuneration, choosing a path of honour in the form of personal sacrifice in a series of activities he used his clout to drive to a resounding success? A friend of Abioye Oyewusi, son of late Oba Tijani Oyewusi, the immediate past Timi of Ede, Dotun, had been part of the setting up of the foundation in honour of our late monarch. According to him the process suddenly gained acceleration immediately Professor Oyeweso got involved. He, it was who spoke to big donors like SOB Babalola father of Lanre Babalola, former Minister of Power. Within a short space of time, right within Ede community, some humongous amount of money was raised on account of his intervention and personal solicitations. It’s sure that he will ultimately be celebrated too. Dotun was just being obvious.

Enter the birthday anniversary of a media veteran, Alhaji Olumide of the lengendary Lawal family of Ailaka Compound. A couple of hours after yours sincerely exchanged anniversary pleasantries with the big boss, I started receiving Whatsapp notifications from unusual sources. Most prominent perhaps was that of Mrs. Tope Oguntokun, the Corporate Affairs Director of International Breweries, Lagos. A thoroughbred media professional herself, Mrs. Oguntokun was most impressed by a documentary on Ede which Africa Magic chose to run as a birthday gift, as I later learnt, to Haji Olumide. So unmistakable among the individuals featured in the land of many intellectuals is the Baapitan of Lagos, the irrepressible world class Siyan, as many of his folks in LASU, fondly hail him. In that documentary, Baapitan, as if acting out his title, is as avuncular as he is clinically thorough with the facts.
But community service is just one strand in Prof Oyeweso’s rich repertoire of activities.

This scholar of unmistakably towering height presents a spectacle far from commonplace competition. Already, no fewer than three festschrifts have been published in his honour as an impactful scholar, each of them drawing high standing contributors from national and foreign based scholars across assorted disciplines. Assorted disciplines, because my ever amiable and inimitable benefactor and teacher has impacted on scholars and professionals with obvious and not so obvious connection with our ogas specialization of History and amazing research skills.

The task master is however not one to leave his house vulnerable to the attack of ignorant and directionless political jobbers at the level of policy making or elsewhere nauseatingly betraying lack of knowledge of history in their pronouncements and conduct. When he chose to, in 2006, inaugurated his respected professorial chair dating back to 2004, he promptly resorted to a foundational focus, so strikingly sharp enough to be noticed by any functional being. It was titled ‘The Undertakers, the Pythons Eye and Footsteps of the Ant: The Historians Burden’. Delivered at a time History had been dropped from the curriculum of some schools in the country, the grandmaster asserted that we are all bound to make recourse to history denouncing being an undertaker and instead asserting that he bonds with the genre of people who would not want the past to disappear from our consciousness merely because it is past. Not done, the uncommonly insightful scholar went on to register the thesis that the concern of all patriots today, the failing health of the Nigerian state, derived from what he christened unholy trinity, comprising: lack of knowledge of its history; a lack of understanding of that history and a lack of application of the examples and lessons of history. Reinforcing the view of earlier scholars (Carr, 1961; Einstein, 1955) the Baapitan of Lagos thus logically submitted further that, because the past and present are forged organically and in an engaging and interlocking manner the law of physicsare time symmetric, they just run as well backwards as forward and therefore the future already exists and that it can be known in advance. Simply put, the historian, unknown to many, is uniquely endowed to have a better understanding of not only the past but the present and the future. Throughout the nearly forty years of his career path till date, Baba Oyee has exhibited in meticulous details, the acclaimed unique endowments of the historian.

Oyee, as we fondly hailed the small tisha in Ilorin way back in 1982 had apparently taken time to study the Unilorin History team. Only the best was best for the best or so it seemed. The young scholar became the assistant of the globally renowned historian and archaeologist, Ade Obayemi, who later became the Director-General of Nigerian Museum. After understudying Obayemi for a few weeks, the Ede born eagle had done well perfecting his teaching art and was ready to fly only higher and higher as he does till date. It didnt take long before all the students began to fall head over heels in very deep appreciation of the young mans expertise dispensed with utmost relish.

Undoubtedly, Oyeweso must have headed for LASU, glowingly recommended in addition to being robustly credentialed for appointment as an academic. In and out of classroom Siyan almost became a standard for conduct. Magisterial presentations cultivated from Unilorin readily endeared him to his students till date. Oyee of Unilorin promptly transformed to Baba Oyee.

His name featured during considerations for virtually all university key offices. With his peerless sartorial taste (who can beat power dresser endowed with ajilala oso spirit?), Oyeweso took the position of the university orator to an unprecedentedly glamourous height that may remain a model for long for those lucky to witness the performative excellence consistently on display throughout his tenure. Far from being a petty, exhibitionist character, Oyeweso has also been a thoroughbred university administrator, indeed waiting to be optimally appreciated and engaged. He was, at various times, during his sojourn at LASU, a member of the University Council; Court of Governors of the LASU College of Medicine; Dean Faculty of Arts; Head, Department of History as well as being Director of the University’s External System in its glorious years.

Baba Oyee in his consistently strong commitment to all his adopted causes has been an inestimable human asset, of perhaps a dynamo standing, all the way to institutions and individuals including yours sincerely, making him earn abundant goodwill worldwide.

A most resounding happy 60th birthday to the teacher of teachers and uncommon leader never in want of warmth. To echo your customized pleasantry sir, Ma jaye o ri e!

Tunde Akanni, PhD, is a media scholar and development enthusiast based at the LASU School of Communication.