Konta in Shock After Abdominal Injury Forced Her to Retire 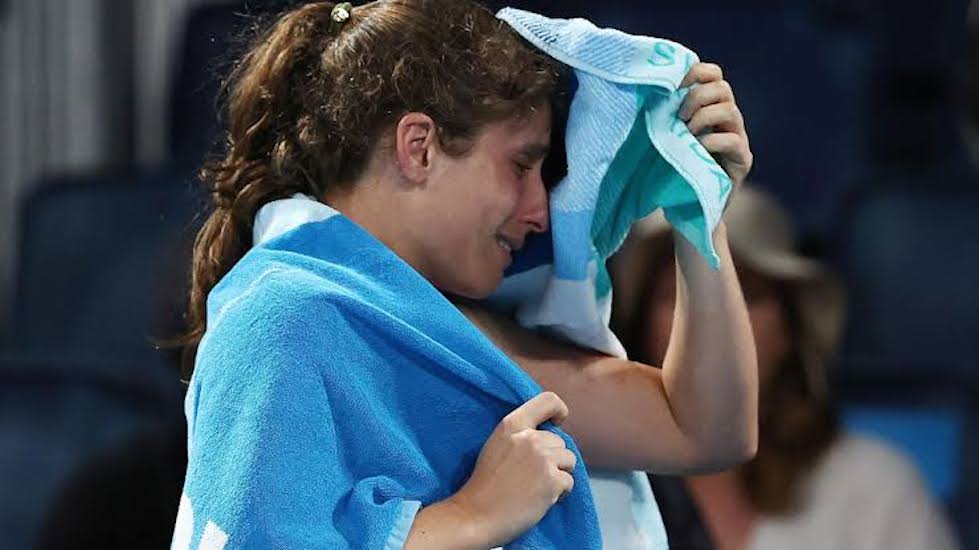 *Nadal, Medvedev, Tsitsipas into second round

British number one Johanna Konta said yesterday that she was in “shock” after an abdominal injury forced her to retire from her Australian Open first-round match.

The 13th seed had won the first set 6-4 and left the court for treatment before falling 2-0 behind in the second and conceding to Slovenia’s Kaja Juvan.

“I pulled my ab and that made it difficult for me to serve,” Konta said.

The Spaniard did not play in the ATP Cup last week after struggling with a back injury, but he moved well in a 6-3 6-4 6-1 victory over the Serb.

He will play American world number 177 Michael Mmoh in the second round.

Fifth seed Stefanos Tsitsipas cruised through against Gilles Simon, seeing off the 36-year-old Frenchman 6-1 6-2 6-1 in one hour 32 minutes.

Evans, the 30th seed, struggled physically in a 6-4 4-6 6-4 7-5 defeat as Norrie reached the second round at Melbourne Park for the first time.

Only Heather Watson is left in the women’s singles after 20-year-old Francesca Jones lost on her Grand Slam main-draw debut.