Video: Tweeting from the Gym, Tinubu Says ‘I’m Strong, Healthy, Ready to Serve from Day One’ 16 mins ago 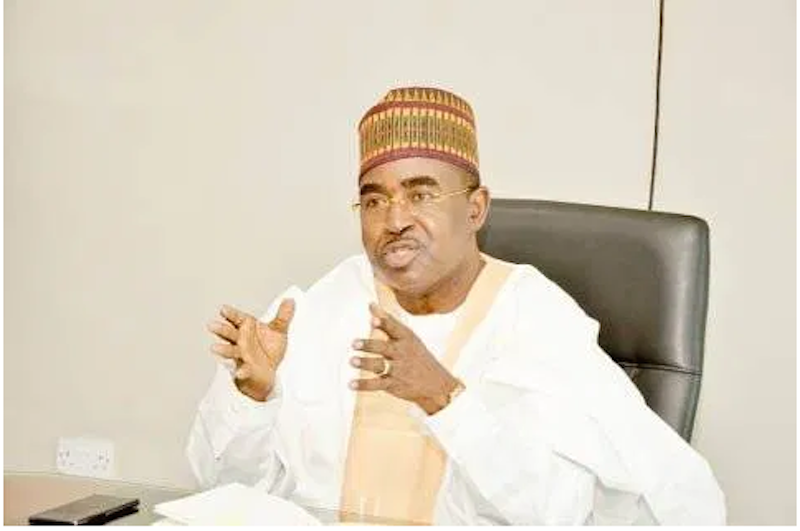 Chairman of the National Drug Law Enforcement Agency (NDLEA), Brig. Gen. Mohammed Buba Marwa (rtd) has again warned drug barons and traffickers still unrelenting in their illicit trade that his agency is equally poised to smoke them out of their hiding places and make them face the consequences of their crime.

Marwa issued the warning yesterday while reacting to the arrest of seven drug barons operating four large warehouses in Ukpuje forest, Owan West Local Government Area of Edo State, where a total of 16, 344 bags of cannabis and seeds, weighing 233, 778kg were seized, in addition to two pump action and one double barrel guns. The estimated street value of the seized illicit drug is put at over N1.4billion.

The suspects now in NDLEA custody include; Emmanuel Oki, 62, who is the chairman of the vigilante group in Ukpuje; Chief Odi Sabato, 42, and Bright Inemi Edegbe, 53. Others are Gowon Ehimigbai, 53; Enodi Ode, 37; Ayo Oni, 30 and Akhime Benjamin, 43.

According to the Edo State Commander of the anti-drug agency, Buba Wakawa, this is the largest single concentration of cannabis discovered by the command. He gave the breakdown of the drugs as follows: 318 bags of 80kg each weighing 25,440kg; 15,853 bags of 13kg weighing 206,089kg. However, while the total quantity seized is 2,249kg, others weighing 231,529kg were destroyed inside the warehouses.

Wakawa ascribed the success of the operation to the enabling environment created by the new Chairman of NDLEA, Marwa.

“We took delivery of two new Hilux operational vehicles presented to the command last week. This is the first assignment of the vehicles and it turned out to be the best for the command. We are grateful to the chairman, and this is a clear warning that there is no room for drug barons in the State”.

Reacting to the development yesterday, Marwa while commending the Commander, men and officers of the Edo State Command as well as those of the Nigeria Army in Benin City, for their support to ensure the success of the operation, said such offensive action will be sustained across the country.

According to him, “I remember I made it clear in my inaugural remarks upon assumption of duty on January 18, while sounding a note of warning to those involved in this illicit trade to either back out or have the NDLEA to contend with because our maxim must and will remain offensive action; to smoke the drug barons and traffickers out of their holes, forests and bunkers. The heat is on and we’ll continue to increase the furnace until we smoke them out of their hiding places to face the law.”

He said with recent huge seizures of cocaine and heroin at Lagos and Abuja airports; cannabis and others in Nasarawa and Katsina state by the respective Commands, the NDLEA will continue to expand its dragnet until the war against illicit drugs is won.

Briefing Marwa about the outcome of the operation earlier, the Edo State Commander of the agency, Wakawa, said the seizure represents a large chunk of the barons’ harvest from the last cannabis-planting season.

In his words, “they planted, watered, harvested and processed the drug only for us to dispossess them of their labour because their action is criminal. The warehouses are located in the heart of the forest, yet we were able to uncover them based on intelligence gathering.

“The cannabis warehouses were located deep inside Ukpuje forest in Owan West Local Government Area of the state. The community, which is notorious for cannabis cultivation and trafficking as well as attacks on law enforcement officers, stood still as a combined team of NDLEA and combatant military personnel overran the drug trafficking syndicates due to our superior fire power.”

He described the synergy between the Nigerian Army and NDLEA in Edo as an unbeatable force against drugs and related crime in the state.