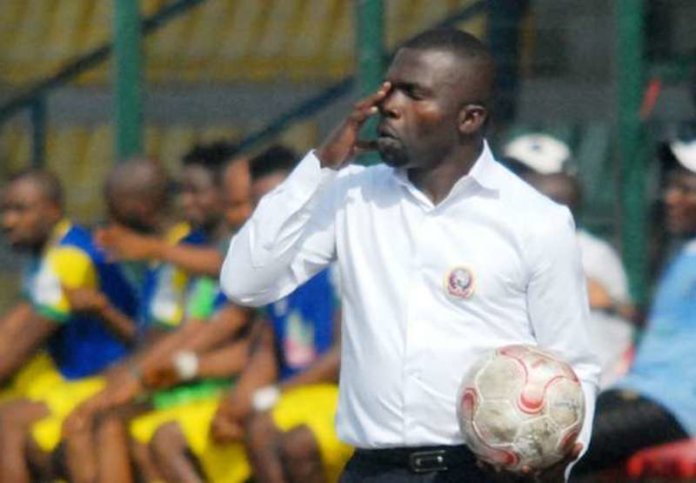 Ilechukwu led the Naze Millionaires from Owerri to come snatch all three points at stake against MFM FC, the church team where he made his name as a top coach in the country.

Heartland set the ball rolling with Emmanuel Adachi drawing the first blood barely eight minutes into the game from the spot.

However, Olumuyiwa Lawal did not allow the visitors to enjoy the luxury of being in front for long as he leveled scores three minutes after the first half break.

But Jimoh Gbadamosi grabbed the winner in the 53rd minutes to send the Olukoya Boys rueing what happened to them in their fortress.

Surprisingly, it was the hosts that scored first to give false hope to their teeming Owena fans. Sunshine Stars’ Player of the Month for January Sadeeq Yusuf scored the opener in the 50th minute.

But the Ilorin team fought back gallantly with goals from Issa Gata and Steven Jude doing the maximum damage against the Owena Waves.

In Uyo, Captain fantastic, Ndifreke Effiong, scored a brace, with Charles Atshimene also on target for Akwa United to pick all three points with 3-0 crushing of Katsina United.

At the Cathedral in Enugu, Christian Nnaji netted the decisive goal as Rangers defeated Warri Wolves 1-0.

There was however no changes at the summit of the Nigerian topflight as Enyimba of Aba that defeated Plateau United 2-0 on Saturday remains on top on 21 points from nine matches.