We Will Build Industries around Sports, Entertainment in Iwereland, Says Olu of Warri 49 mins ago 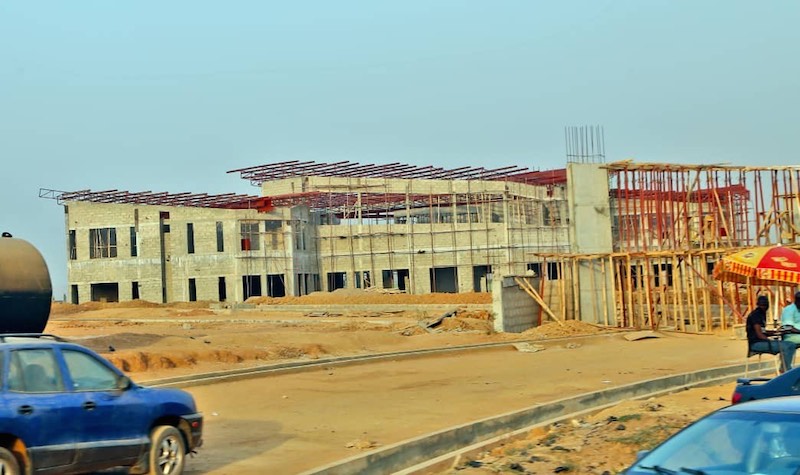 An ultra modern bus terminal is underway in Nasarawa State to spur socio-economic development, wean the state from over reliance on federal allocation and also present employment opportunities for the youth, writes Igbawase Ukumba

It will not be an understatement that Nasarawa State is presently facing inadequate infrastructure with attendant increase in the cost of doing business, resulting in lower return on investment, fewer jobs and less productive force with attendant negative effect on the state’s economy.

Perhaps, it was in this vein that Governor Abdullahi Sule’s administration took a delibrate steps to diversify the economy of Nasarawa State, in a determination to wean the state from over reliance on federal allocation. One of such initiatives was the official flagging-off of the construction work on a 900-vehicle capacity Karu Mega Bus Terminal in January, 2020 estimated to cost over N1.9 billion.

With commencement of the project, the governor took a bold step towards not only tackling internal revenue issue of the state, but also addressing the perennial traffic congestion along the Keffi – Abuja expressway, particularly along the Mararaba-Nyanyan axis.

Speaking at the when flagging-off construction of the Karu Ultra Modern Bus Terminal in May last year, Governor Sule said the bus terminal was expected to collapse about 22 bus stops located on the Karu – Abuja corridor when completed.

Acccording to the governor, “the Ultra Modern Bus Terminal, when completed, will change the traffic management scheme of the area and ultimately see the full take off of the Muhammadu Buhari International Market, Karu. And by extension, the project will positively affect the economy and social wellbeing of people of the state.

“The project will also ease off the perpetual traffic congestion leading to the Federal Capital Territory (FCT), just as it will bring together over 22 motor parks scattered along Nyanya – Mararaba axis.”

Recalling the commitment of his administration to work hard and add value to what was happening in the state, Sule expressed gratitude that that was being fulfilled through the flagging-off of the construction of the terminal.

“The rapid growth in transportation demand has overwhelmed the existing capacity, thereby causing serious challenges, which government has to contend with, in our determination to ensure sustainable development,” the governor maintained.

Welcoming guests at the flag off ceremony, the state Commissioner for Works, Housing and Transport, Chief Philip Dada, described transportation as the live wire of the economic development of any nation, stressing that the present administration was embarking on massive road development with a view to transforming the economic landscape of the state.

He explained that government conceived the idea of the Mega Bus Terminal in Karu in order to address the chaotic nature and proliferation of motor parks in the area.

He said: “This project is a huge investment in an infrastructure that will boost economic activities along the Abuja – Karu axis and increase the revenue generation of the state. It will also present employment opportunities for our teeming youths.”

He however disclosed that government was going to build similar structures in Lafia, Akwanga and Keffi towns in the state.

For the principal partner of Canonic Associates, consultants for the project, Arch. Shehu Tukur, the Karu Ultra Modern Bus Terminal was the fourth largest in the country.

He disclosed that it was expected that by the time the project is completed, 37 motor parks located along the Mararaba – Nyanya axis, licenced by the Nasarawa State Urban Development Board ( NUDB), will all collapse into the Karu Ultra Modern Bus Terminal, thus introducing sanity along the expressway leading to the Federal Capital Territory.

He said: “Our target is that by the time this project is completed, these 37 motor parks will all collapse into the bus terminal. We have 900 vehicle parking capacity and this is far more than enough for the entire 37 parks.”

Though the outbreak of the COVID-19 pandemic, with its consequential lockdowns, has affected the pace of work on the Karu Ultra Modern Bus Terminal which has 53 weeks completion period, but still contractors on site were working hard to meet the targeted timeline for the project when THISDAY visited the project site recently.

This was even as the Project Manager of the Karu Ultra Modern Bus Terminal, Engineer Idris Mohammed, expressed satisfaction with the progress of work, in spite of the challenges posed by the COVID-19 when interacting with our correspondent at the project site.

“For the progress of work, we are doing our best despite the challenges of COVID-19, we tried to carry on with skeletal work. That is why we have no problem with the job.

”The Karu Ultra Modern Bus Terminal project, acccording to the Project Manager, has terminal building as its major component; where arrivals, banking hall restaurant are all included. The ticketing area, the departure and loading bay are all within the terminal building.

“We have the cargo unit. We have public toilets; about two. We have the drivers lounge, shops, vehicle washing area, all within the project to complement each other for the benefit of commuters, drivers and the larger society that this project is intended to serve,” the project manager explained.

Acccording to the commercial driver, “sincerely speaking, this is a very important project for Nasarawa State and the country at large. It’s a very important project for Karu – Abuja corridor. This is a project that will bring a lot of relief to traffic, to commuters, to anybody plying this route, either from the North-east, South-south or from part of North-central.

Also, a Karu-based food vendor, Mrs Mngohol Zaki Aondover, said the coming up of the bus terminal will open up more business frontiers within the Karu corridor.

She said: “We thank Governor Sule for construction of the bus terminal in the Karu axis because many women and youths of the area will be opportune to venture into one form of business or other to take care of themselves and consequently generate revenue to the state to enable the state improve on its Internally Generated Revenue (IGR).”