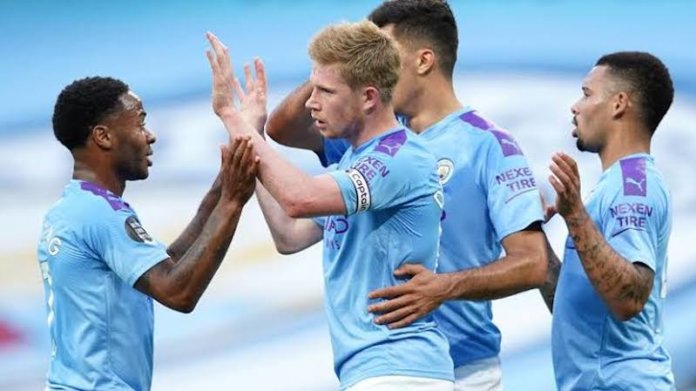 Two shocking errors from Alisson and an inspirational display from Phil Foden helped Manchester City extend their lead at the top of the Premier League table to five points, with a 4-1 win over Liverpool.

After a tepid opening half an hour, the game sparked into life when City were awarded a penalty. Fabinho was the guilty party, tripping Raheem Sterling in the box; however Gundogan blazed his spot-kick well over the bar.

After the break, the German made up for his error by opening the scoring. Raheem Sterling was instrumental in the buildup, dribbling past Trent Alexander-Arnold before laying it off to Phil Foden. Although Foden could not convert, Gundogan was there to smash home the rebound and make it 1-0.

Just after the hour mark, Liverpool leveled things up with Mohamed Salah winning and then converting a penalty, following a rare error from Ruben Dias. City did not take long to poke their noses back in front. Foden capitalised on a loose pass from Alisson, intercepting the ball and gliding past several defenders, before pulling it back for Gundogan to smash home.

Alisson’s nightmare afternoon continued minutes later when he again gifted the ball to Bernardo Silva who found Sterling in the box, who tapped it into an empty net. Foden then added some gloss to the scoreline with a fine solo effort.