Twenty-four people have been killed, while several others sustained injuries following separate attacks on communities in Birnin Gwari and Kajuru Local Government Areas of Kaduna State.
Nineteen people were said to have been killed in Kutemeshi village, Kuyello District, Birnin Gwari Local Government Area, while five were killed in the attack on Kujeni village, Kajuru LGA.
Abubakar Mohammed, a resident of Kutemeshi, told THISDAY in  telephone interview on Sunday that the incident occurred on  Saturday at about 6pm and lasted for about two hours.
He said the bandits were many and rode on motorcycles, with three people riding on each motorcycle.
“As soon as they arrived the village, they started shooting sporadically in all directions,” Mohammed said.
He said villages in the area, especially, communities bordering Zamfara and Katsina States were being frequently attacked by bandits.
“The bandits came at about 6pm and spent almost two hours in the village. They came in a very large number and they were riding on motorcycles. Three people rode on each of the motorcycles.
“Residents of the community ran to the bushes for their dear lives. The bandits were well armed and they were just shooting sporadically all over the community.
“They killed 19 people and injured 13 others. Some people are still missing. The corpses of those killed were being prepared for burial this morning,” Mohammed said.
However, in a statement confirming the incident, the Commissioner for Internal Security and Home Affairs, Samuel Aruwan, said 14 people were killed in the attack on Kutemeshi, while five others were killed in the attack on Kujeni village, Kajuru LGA.
He also said the bandits looted shops and burnt houses.
“On a sad note, the Kaduna State Government has received reports from security agencies of the killing of 19 citizens in Birnin Gwari and Kajuru Local Government Areas of Kaduna Central Senatorial District.
“The citizens were killed by bandits at Kutemeshi village in Birnin Gwari and Kujeni village in Kajuru, where several others were left with bullet wounds. Both attacks occurred on Saturday,” Aruwan said.
He listed those killed in the attack on Kutemeshi village as: Malan Sani Barume, Yahaya Bello Amadu Dan Korau, Samaila Niga, Jamilu Haruna, Lawal Majiya, Dan Malam Rabo, Dauda Kafinta, Hassan Mai Makani, Bashir Haruna, Lawal Ali, Mu’azu Haruna, Mai Unguwa Sa’adu and Harisu Bako.
“Some shops were also looted with valuable items carted away.
Some of the injured have been moved to a neighbouring state closer to Kutemeshi for urgent medical attention, while others are in transit to an orthopaedic hospital in Kaduna,” the commissioner said.
He said: “So far, only the 14 corpses have been recovered from Kutemeshi”, adding that  state government will provide updates on any emerging developments.
The statement said: “In Kujeni village of Kajuru LGA, the attackers burnt several houses, storehouses with foodstuff, warehouses loaded with building materials and a church.
“The following citizens were killed: Bulus Jatau, Hanatu Emmanuel, Bitrus Tuna Yohanna Mika and Monday Ayuba, while those injured include Bulus Sambayi and Godwin Yakubu.
“Governor Nasir El-Rufai, who has been monitoring the security situation at the locations since Saturday morning, expressed sadness over the attacks.
“The governor who condoled families that lost their loved ones, offered prayers for the repose of their souls and a speedy recovery for the injured.
“He further directed the Kaduna State Emergency Management Agency to urgently provide relief materials to the affected communities.”
Aruwan said further that government and security agencies were following up on yet another reported attack on Sunday morning around Kikwari village of Kajuru LGA, and will provide an update as soon as there is feedback. 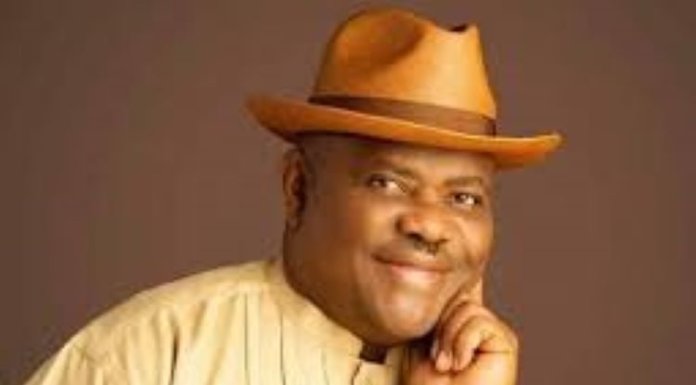 Security: Governor Ezebunwo Nyesom Wike Should be a Good Shepherd