No Need to Rush Verdy, we can Count on Iheanacho, Says Rodgers 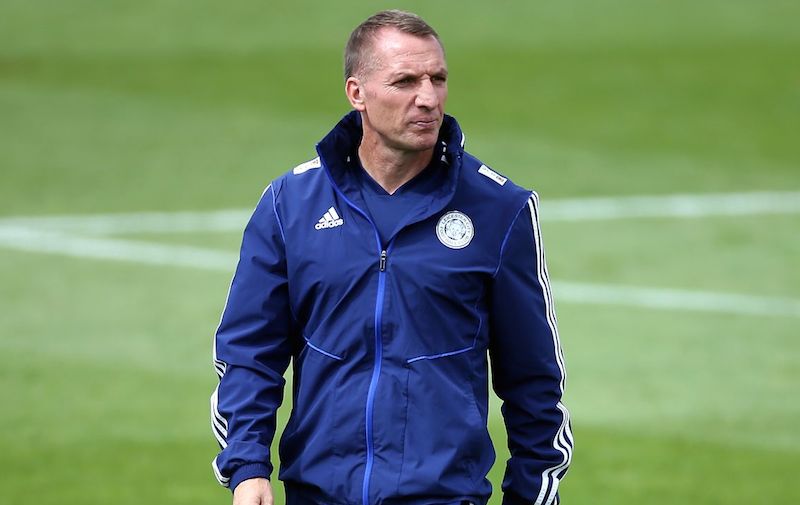 Leicester City coach Brendan Rodgers has revealed that he has no intention of forcing his top scorer Jamie Vardy to rush back from injury to feature in their upcoming league game against Wolverhampton Wanderers.

The 34-year-old Vardy has been unavailable for selection for four games after undergoing minor hernia surgery in January.

The Northern Irishman was full of praise for the impact that Kelechi Iheanacho had during the game against Fulham, with the Nigeria international opening the scoring via a header before bagging a secondary assist.

Even before Iheanacho ended a run of 461 minutes without finding the net in the Premier League, he has been one of the Foxes standout players in the Europa League, scoring three goals and setting up three others.

Asked at yesterday’s press conference if Leicester may start Vardy against Wolves, Rodgers was more than happy with Iheanacho, saying : “The beauty of it is we don’t have to. That’s the key. Kelechi, the other night, he was terrific in his work.

“He scored a great goal and he will be high in confidence. We all know Jamie is so important to us, but the beauty of it is, coming out of an operation, we don’t need to rush him.

“Just to have him available, whether to start or from the bench, it’s a huge boost for us. It’s not a problem. It’s great Kels has got his goal because he’s worked so hard.

“That’s not just in games he’s played, but every day in training, so he got his reward for that.”

Iheanacho opened his 2020/21 account in the Premier League in the 17th minute before James Justin finished a flowing team move to wrap up three points at Craven Cottage.

On the back of their 13th top-flight success, the Foxes moved to third in the standings, two points above champions Liverpool, and Iheanacho is keen to build upon their victory in west London.

“We are delighted,” the Nigeria striker told LCFC TV. “It’s a clean sheet and we are really happy we’re back to winning ways. We need to get going now and focus on the next games.

“We’re really happy. It’s not an easy ground, coming here. They’re really good at their home, so we needed to stay together, stay compact, and we got the win. In the second half, we had to get tight and defend until the last minute.”

The 24-year-old admitted the height of James Maddison’s perfect cross took him by surprise, as he expected it along the ground, but his nodded finish was just what City needed early on in the game.

Following his fourth goal in all competitions this term, Iheanacho says he will continue to work hard in training to earn more opportunities to showcase his abilities to Rodgers.

“Actually, I wasn’t expecting the header,” the former Manchester City forward added. “I got in the space between the two central defenders and I got the header, so I’m delighted.

Next up for City is a short trip across the Midlands to tackle Nuno Espírito Santo’s Wolverhampton Wanderers on Sunday and Iheanacho is excited by the challenge.

“We’re looking forward to it,” he continued. “It will be a tough game, so we need to really work in training, stay together, and focus on the next game.”