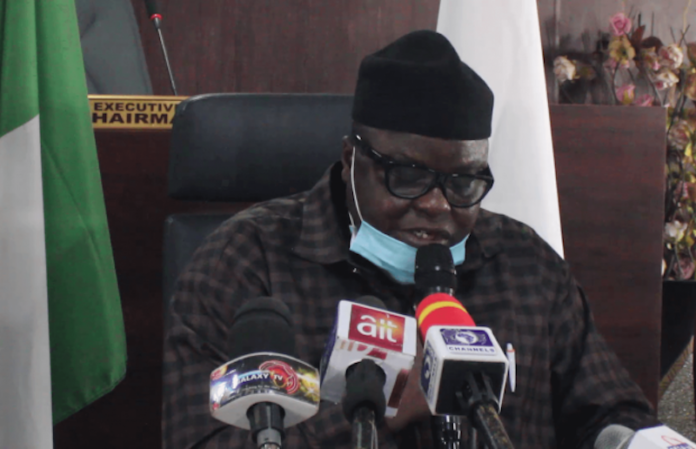 Others are the award of contract worth N35 million, stepping down of contracts, recruiting of staff, non-advertisement of waivers, and duty tour allowances.

It said the allegations had been written without thorough understanding by the petitioners on the workings of government and its guiding principles.

The most senior Director of the commission, Mr. Vincent Onobun who spoke in Abuja during a press briefing on behalf of the management, said the fifth board of the commission has been guided by the principle of the FCC Act.

He said, “For some days, the commission was brought to the public domain through allegations and counter allegations on issues ranging from rule of law, due processes, guidelines and extant circulars. With due respect, the allegations have been written without thorough understanding by the petitioners on the workings of government and the guiding rules governing it.”

He said the running cost being released to the commission was hardly sufficient to fund its monthly activities at the headquarters as well as state offices.

He stated that the commission and indeed Nigeria runs an Economic Growth Recovery Plan (EGRP). Therefore the issue of the alleged N35 million was part of the rolling plan that commenced in 2018 for which a release was expected in 2019.

“The contracts of 2020 were duly advertised, bids received and analysed. Some irregularities in some of the bids were observed and therefore a decision could not be reached.

“Therefore the issue of the alleged N35 million is part of the rolling plan that commenced in 2018 for which a release was expected in 2019.

“On the issue of waivers, it is pertinent to understand that word. Waivers are issued to MDAs where the staff to be recruited are too few and not deserving for a newspaper advert. Waivers are issued for exigency reasons such as requests from the health sectors at the peak of the COVID-19 pandemic. They are issued not to advertise but follow all other processes on recruitment.”
He said for the avoidance of doubt, the commissions books are open and anyone in doubt can take the liberty of cross checking the facts.