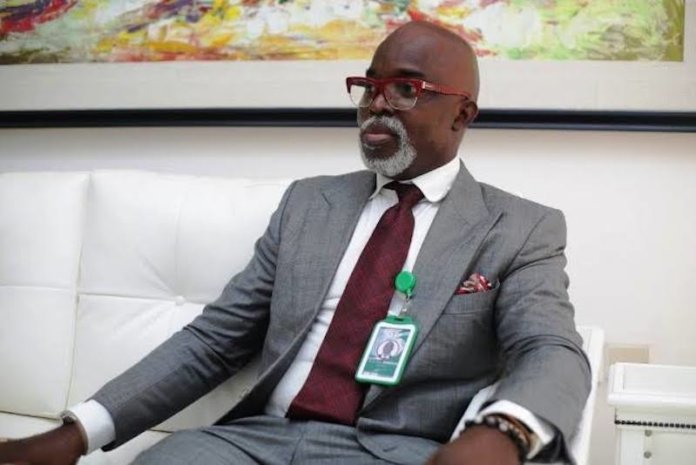 The FIFA Council elections have been slated to come up in Rabat, Morocco on Friday, 12th March 2021 during the 43rd Ordinary General Assembly of the Confederation of African Football (CAF). Nigeria will be contesting for a place in the exalted chamber of football’s world governing 37-member council through the President of the Nigeria Football Federation, Amaju Melvin Pinnick. If he succeeds in the venture, Pinnick will be the third Nigerian to occupy that post after the Late Etubom Oyo Orok Oyo and Dr. Amos Adamu have taken their turns in that hallowed highest decision making body in global football.

Interestingly, Pinnick was one of the 17 football personalities from the African continent that were cleared by FIFA’s Review Committee headed by Mukul Mudgal penultimate Tuesday.

It was the third time that the former Delta State Sports Commission Chairman will be passing the rigorous FIFA integrity test where several aspiring technocrats have been sent packing.

Pinnick first passed the integrity test when appointed into the Organizing Committee for FIFA Competitions. The second time was when seeking election into the CAF Executive Committee where he rose to the position of first Vice President and finally now, the clearance given to him last week to seek for the FIFA Council seat. All these are coming after rigorous eligibility checks and thorough scrutiny of the social, moral and political credentials, as well as public service records.

Ahmad whose case is before the Court of Arbitration for Sports (CAS) was denied the opportunity to contest because of a sanction imposed on him by the FIFA Ethics Committee and violations of the FIFA Code of Ethics. That automatically knocked him out from seeking to return as a FIFA Vice President.

Those familiar with Pinnick’s rise in football administration, understandably know he’s a child of destiny. He got into the NFF top post by happenstance way back in 2014. He was not in the running for the election in which he was one of the strong backers of Aminu Maigari to return for a second term at the Glass House. By reason of fate, the lot fell on his lap when Maigari was disqualified by the power that be. As we say, the rest is history today.

Of course, events that followed his emergence as NFF President and the Chris Giwa factors tested Pinnick’s ability. His six years as the supremo in charge of the country’s football has given direction of self-sustainability. Even if it has not been achieved, the structures put in place have shown that in not too distant future, Nigeria’s Football will no longer go cap in hand before government begging for funding.

Internationally acclaimed institutions like PwC and Financial Derivatives are saddled with monetary policies at the Sunday Dankaro House. These and several other reforms stand Pinnick in good stead as he is seeking a place in the 37-member FIFA Council.

To his critics who are pointing at monies owed Super Eagles players and coaches by the NFF, they failed to appreciate that the prevailing economic situation in the country has even rendered other national sports associations comatose. For Pinnick to achieve close to 70 per cent of self-sustenance deserves more than an applause. While nobody remembers the Nigerian economy when backing Ngozi Okonjo-Iweala for the World Trade Organisation (WTO) job nor anyone talking of prices of staple food stuff when supporting Dr Akinwunmi Adesina for the African Development Bank post, it is de-marketing for anybody to talk of Eagles allowances when Pinnick is aspiring for this FIFA position.

While presenting a recognition award of excellence to Pinnick last weekend, Chairman of Sportsville Awards, Frank Ilaboya said: “Sportsville Communications is not unaware of the boundless energy and the unflagging enthusiasm with which Mr Pinnick has been pursuing the issue of uplifting Nigerian Football to a higher pedestal on the field and in the boardroom, since he was first elected as President of NFF in September 2014. He scores high in aggressive marketing and is matchless in seeking high visibility for Nigeria in football’s high table,” stated Ilaboya.

Similarly, the Chief Executive Officer of Monimichelle Group, Ebi Egbe, describes Pinnick’s bid to become a member of FIFA council as in the nation’s interest. Egbe describes those working against Pinnick’s candidacy as nothing but unpatriotic elements.

“Those working against Pinnick are carrying their rascality too far. If Pinnick wins the FIFA Council election, Nigeria would be the biggest beneficiary because he (Pinnick) would ensure the country’s interest is protected.

“Anybody who understands international football politics would know what I m talking about. Let’s not forget what played out when Enyimba won the CAF Champions League for the very first time for Nigeria. After breaking the Cup jinx, the North Africans went to the board room trying to shatter the victory and they would have succeeded if we did not have a Dr Amos Adamu then in CAF. Adamu ensured the frivolous petition over Yaro Yaro was thrown out. So, we all know how important it is for any nation to have a strong say in an international body like FIFA. Pinnick has been cleared to run after passing FIFA integrity test. So for anybody here at home not to support him amounts to national sabotage,” Egbe declared.