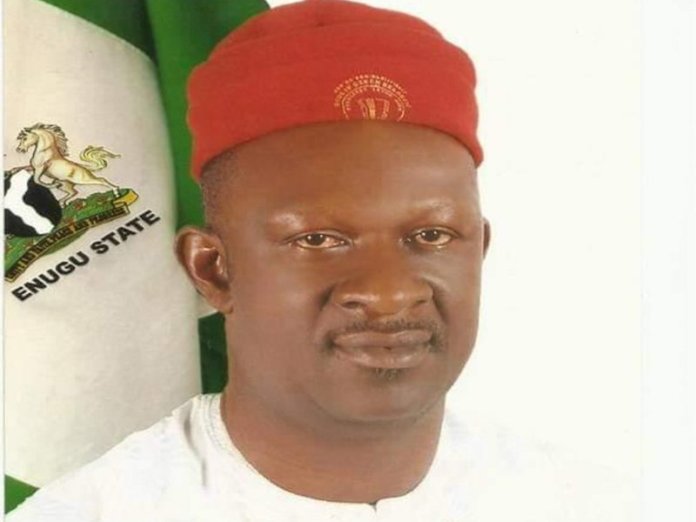 The deceased until his shocking death was the Commissioner for Transport in Enugu State.

This is coming as the former deputy senate president has said that dialogue, peace-building, and tolerance, remain the best way forward in addressing divisiveness and building global cohesion for accelerated international development

The cause of his death could not be ascertained as at the time of filing this report.

But a source in his office said he “slumped” during a meeting at the State House of Assembly and was rushed to the hospital where doctors confirmed him dead.

Before his appointment as a Commissioner in 2019, Ekweremadu represented Aninri state Constituency at the State House of Assembly.

He was also the Chairman of Aninri Local Government Area on different occasions.

Ekweremadu stated this at the meeting of the Bureau of the IPTC and President of the United Arab Emirate’s (UAE) national parliament, the Federal National Council, Saqr Ghobash, in Dubai.

The meeting, came on the second anniversary of the “Document on Human Fraternity for World Peace and Living Together”, a joint statement issuedyesterday by Pope Francis and Sheikh Ahmed el-Tayeb, Grand Imam of Al-Azhar, said.

Ekweremadu, who described hate, intolerance, racial and ethno-religious discriminations and strife as ill-wind that had never favoured anyone, observed that countries of the world desirous of building a great nation had always prioritised justice and tolerance to manage their diversities and make progress.