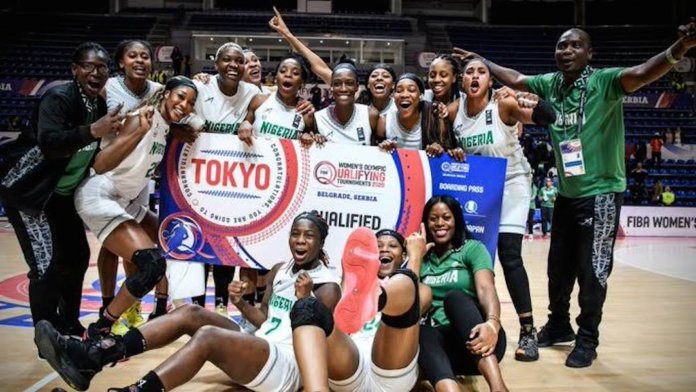 *Nigeria’s men’s team, D’Tigers, in Group B with Australia,others

Nigeria’s opponents in the men and women’s basketball events of the 2020 Olympic Games in Tokyo, Japan next summer have emerged with the D’Tigress paired along side world Number 1, USA, European powerhouse, France and hosts Japan in Group B.

At the draw ceremony for both the women and men’s competitions which took place at FIBA headquarters, the Patrick Baumann House of Basketball, D’Tigress are billed to renew their rivalry with the American ladies who narrowly escaped with 76-71 victory the last time they met at the 2018 World Cup in Spain.

Although both France and Japan are no pushovers in the game, the D’Tigress have the chance to prove that their dominance of the game in the continent in the last couple of years, resulting in back-to-back Afrobasket titles have given them the edge to be amongst the best in the world.

Another opportunity beckons for D’Tigress to avenge their 2004 Athens Olympics Games 73-79pts loss to Japan currently ranked 10th in the world.

Despite a great outing by Mfon Udoka with 19pts and 16 rebounds, a poor second half saw the Japanese outscore Nigeria to nick the game where the team only managed one win out of 6 games to finish 11th.

Interestingly, yesterday’s draw also saw Nigeria’s men’s team, D’Tigers paired in Group B against Australia and winners of the Olympics Qualifying Tournaments from Croatia and Belgrade.

Host- Croatia will battle against Tunisia and Brazil (Group B) Germany, Russia and Mexico (Group A) for the sole ticket.

The wait for the last two oppositions will finally be over when the OQT comes to an end on the 24th of July.

The Olympics games will be held between 23rd of July and 8th of August, 2021 after its initial postponement due to Covid-19 pandemic outbreak last year.