We Will Build Industries around Sports, Entertainment in Iwereland, Says Olu of Warri 57 mins ago 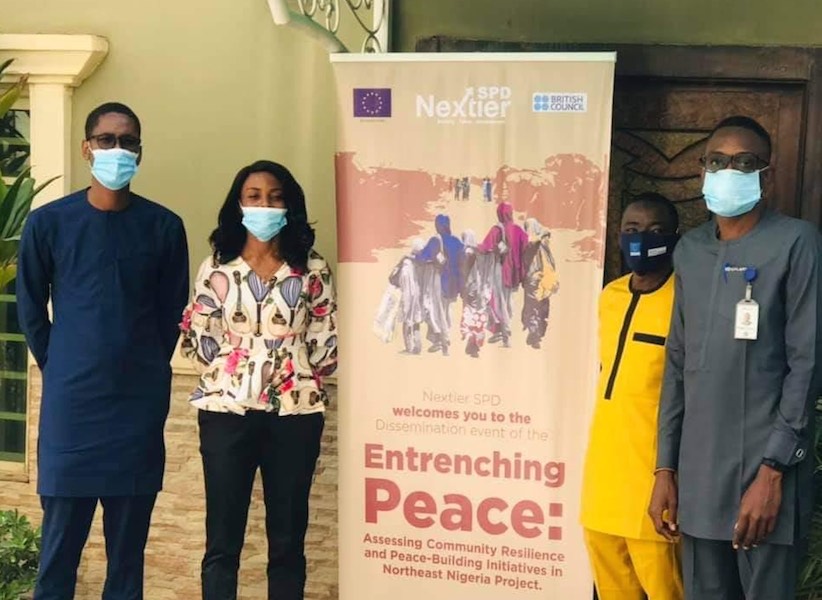 In a recent workshop on ‘Entrenching Peace; Assessing Community Resilience and Peace Initiative in North-east Nigeria’, organised by Nextier Security, Peace and Development in conjunction with Managing Conflict in Northeast Nigeria, porous borders were highlighted as a major threat to security efforts against Boko Haram and insecurity in general, Chiamaka Ozulumba reports

The incessant insecurity situations has been attributed to the porous borders of the country which have made it easy for the inflow of small arms infiltration and continue to be an issue and threat to the efforts of tackling insecurity, especially against Boko Haram insurgency in North East Nigeria. The above assertion was made by Professor Patricia Donli of the University of Maiduguri.

According to her, this has been the major cause of the unending security issues in Borno State, stressing that this is a state that share borders with Cameroun, Niger Republic and Chad with hundreds of unchecked entry route which has led to the movement of so many contraband.

Donli stated that violence escalates as a result of long term neglect as the individual, due to the need to fend for themselves, make choices that may endanger the community.

According to her, “violence extremism thrive in society where there is neglect as it is a known fact that the north east has been neglected for a long period of time on issues of education, governing environment and more.

She said: “This violence has degenerated to issues of displacement, striping the people of the affected community of all valuables. They most times flee their Communities with nothing, with most women and vulnerable teenagers becoming bread winners. Also the stigmatising of abducted women in their Communities which is becoming a real issue.”

The Professor further disclosed that though presently Boko Haram no longer has control of communities in Borno state, these communities are still vulnerable to attack anytime.

Also speaking, Professor Haruna Dlakwa, also of University of Maiduguri, stated the resilient nature of the women in these conflict stricken communities as they continue to strive even in difficult situation.

According to him ” in this conflict situation, women who were not used to venturing into business has to do so to be able to fend for their family by venturing into petty business. As well, the Boko Haram spies use this medium also to wage intimidation and spy on the community, as sometimes the nuzzle of their guns are visible, so that the people will have that fear that they are not far away, this is to done to silence them.”

Speaking further, Dlakwa revealed that the military personnel who are manned to stop the flow of banned product end up engaging in the trade of these products and are cashing out at high prices.

The Partner/Chief Executive of Nextier SPD Dr. Ndu Nwokolo, stressed the need for continuous engagement with the people to understand how they are able to carry on.

Nwokolo noted that for a government to work to sustain peace in these communities, they also have to understand the coping mechanism of these people.

“The resilient strategy they have engaged, cash in on them and use these strategies that are dear to them,” he stated.

On his part, Member, UN Working Group on the Use of Mercenaries, Dr. Chris Kwaja, reiterated the need to engage the people through various means of sensitisation.

Kwaja added that mass sensitisation is very important as today victim might become tomorrow’s killers resulting to continuous vicious circle, just as he also stated the need for the involvement of women in decision making as this is very crucial in making progress.

According to him inclusion and involvement of women should not just be important in peace keeping, but insecurity as well as in Nigeria.

“The National security body, headed by the president does not have even a single woman on this platform,” he said, adding that the inclusion should be rectified.