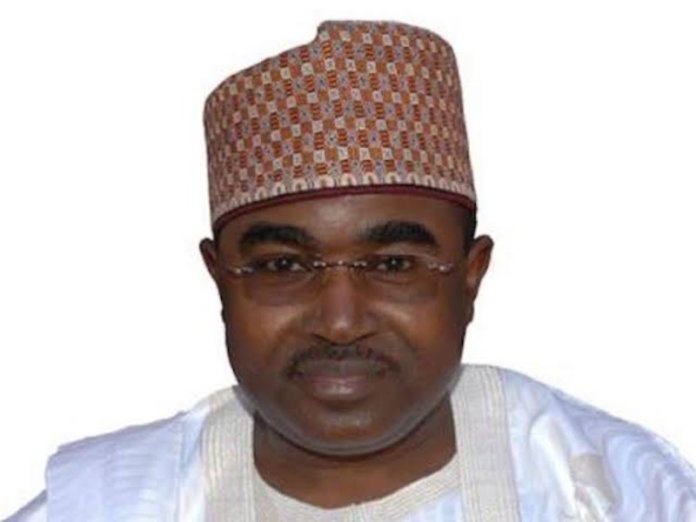 As the new Chairman of the National Drug Law Enforcement Agency, retired Brigadier General Buba Marwa, resumes office with his laudable vision amidst high expectations, Ofoyeju Mitchell says so far it is indeed another sunrise in the anti-drug agency

The sun has again risen in the National Drug Law Enforcement Agency (NDLEA) following the recent appointment of Brigadier General Buba Marwa (rtd) by President Muhammadu Buhari. The spectacular assumption of duty on Monday, January 18, 2021, by the charismatic army general coupled with his inspirational inaugural address clearly points to the fact that there is a strong political will to heal the wounds of officers, motivate them for optimum service delivery and reposition the agency for greater exploits in the nation’s war against narcotics.

One secret that has kept the agency running over the years, despite the numerous drawbacks, is the hope that someday, God will send a Moses that will lead the Agency to the promised land. Besides, officers strongly believe that drug control is both a humanitarian and divine service that attracts blessings from God. This understanding has contributed immensely in sustaining their enthusiasm and resilience even in the face of career stagnation, poor remuneration, lack of operational logistics and dampened morale.

The problems bedeviling the NDLEA are neither insurmountable nor are they spiritual. They are purely administrative and political. All that are needed is the right leadership armed with the best approach and strategy. This is the reason, the appointment of General Marwa by President Buhari to lead the Agency at this critical point in the nation’s chequered drug control administration has received unprecedented commendation from different sections of the country.

This is the time for both NDLEA officers and stakeholders to arise and build a better agency that will meet the aspirations of the founding fathers, Nigerians and our international collaborators. According to the ancient Greek philosopher Socrates, “the secret of change is to focus all of your energy not on fighting the old, but on building the new.” Officers must therefore embrace the new dispensation with utmost sense of duty and optimism.

The decree 48 of 1989 that established the agency which is now referred to as NDLEA Act Cap N30 Laws of the Federation of Nigeria (LFN) 2004 confers enormous powers on the agency, but hitherto the powers are grossly underutilized. Under section 3 subsection 1 P IV, the agency is expected to engage in the exchange of personnel and other experts.

However, while drug Attaches from other countries are working with the agency, Nigeria is yet to implement this crucial aspect of the Act in furtherance of our international collaboration.

The Act also empowers the agency within the purview of drug demand reduction to conduct campaigns, seminars, workshops, aftercare rehabilitation and social reintegration of people with drug abuse challenges.

Even the mandate of the Agency according to the Act covers promoting the welfare of convicts. The agency is set to maximise drug abuse preventive strategies as standard rehabilitation facilities will be constructed in all senatorial districts according to Marwa.

The expansion of drug demand reduction services with the establishment of standard rehabilitation facilities will drastically reduce the drug abuse problem thereby enhancing the image of the agency. In addition, locating the rehabilitation center away from the Agency’s operational base with drug demand reduction professionals like doctors, nurses, psychologists, nutritionists, counsellors and vocational training instructors will facilitate easy interface with members of the public.

Another area of closer attention is assets and financial investigation. The Act empowers the agency to financially incapacitate drug traffickers by tracing their ill-gotten money and assets. Until the illicit proceeds of drug are taken away from drug trafficking cartels, the battle remains far from being won. This is, therefore, another important aspect of the law that will be fully implemented in the coming days.

Interestingly, many factors have combined in lending credence to the choice of General Marwa in rejuvenating the NDLEA for optimum performance. He is not just a voice but a compelling one that is respected by all and dreaded by drug barons. His wealth of experience and enduring legacies as a military administrator of Lagos and Borno States, as well as his splendid military career as a defense adviser in the Nigerian Embassy in Washington DC, United States and to the Nigerian Permanent Mission to the United Nations remain a worthy reference point in our political history.

Similarly, his assignment as the Chairman of the Presidential Advisory Committee for the Elimination of Drug Abuse (PACEDA) that took him round the NDLEA commands in the country has exposed him to the diverse problems militating against the Agency’s progress. Impressively, this has adequately prepared him for his current task.

In his maiden remarks, General Marwa left no one in doubt of his readiness to completely overhaul the Agency. He assured Nigerians that he will resuscitate and reposition the NDLEA to full active life, to be effective, respected and feared by concerned criminals. He described the agency as a moving locomotive that will crush any obstacle on its path to success. While assuring officers of better conditions of service and presidential intervention in addressing the problems of the Agency; he charged them as law enforcement officers to uphold discipline at all times.

Officers are excitedly hopeful of getting their promotion arrears cleared with the improved salary that will accommodate hazards and sundry welfare packages. They look forward to a comprehensive insurance package that will address unforeseen events in view of the occupational hazards associated with their assignment. Above all, General Marwa is going to change the face of the NDLEA by ensuring that the agency has a befitting National and State Command office buildings and barracks to address the problem of the infrastructural deficit.

The sparkle in the agency has been rekindled as the national headquarters now bubbles with vivacity as it plays host to high-profile guests like the American ambassador Mary Beth Leonard. Marwa signed a new Memorandum of Undertaking with the United States Government to strengthen Nigeria’s war against illicit drugs. During the visit, he assured the United States Government and the international community of Nigeria’s determination to eradicate drug trafficking as a top priority.

He inaugurated a committee to place officers properly in their career progression. This will lay to rest the issue of promotion arrears and rectify the seniority list in the Agency which is the bedrock of discipline as a paramilitary agency. During a meeting with the commanders, Marwa gave matching orders for the country to be swept clean of drug trafficking and abuse. The NDLEA boss has equally directed that henceforth, matriculating students in tertiary institutions shall be subjected to a drug test. This is part of the strategies to stamp out drug and substance abuse among students.

It is expected that General Marwa will further open up new vista of opportunities by posting officers as narcotic envoys to source, transit and consumer nations. The introduction of the zonal command structure in the Agency will also create vacancies at the top echelon. In addition, compliments of office like staff car and other benefits shall be presented to deserving senior officers while efforts are ongoing to make officers comfortable in retirement through a credible pension scheme.

Obviously, the stage is set for a new dawn in the agency. Drug barons are aware that the drum beat has changed and that the battle line is equally drawn. Stakeholders are optimistic that the appointment of Brig. General Marwa has commenced a process of rebirth that will ultimately propel the anti-drug Agency for optimum performance. The great Martin Luther King Jr., once said that “we must walk in the days ahead with an audacious faith in the future.”As the new Chairman is running with his laudable vision amidst high expectations, it is indeed another sunrise in the NDLEA.

…Mitchell is a former head of public affairs, NDLEA