An Undying Legacy of Service Worthy of Emulation 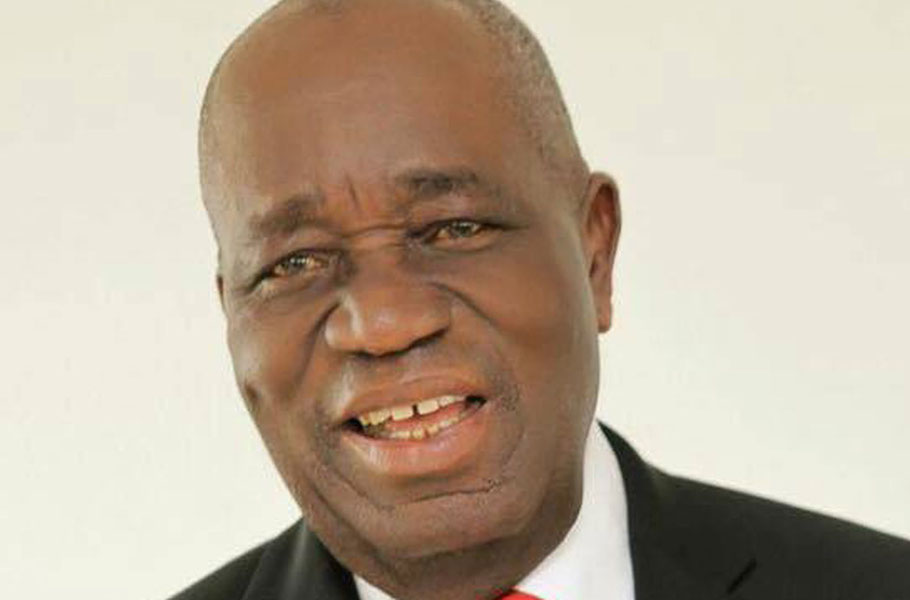 Moses Frank Ekpo, Deputy Governor of Akwa Ibom pays tribute to the memory of the first indigene to serve as Military Administrator of the state, while highlighting his different game-changing intervention in service of the state, the Niger Delta region and Nigeria

Why did Air Commodore Otuekong Idongesit Okon Nkanga deploy all of the opportunity of his first and only political appointment as Military Administrator of AkwaI bom State in securing a head-start for the people of the state?

In a country where the chance to control the treasury of a state is akin to a green-light for a looting spree, how come the man went into the gamble of starting and completing a Secretariat Complex within a tenure which was hardly more than a “whistle stop”?

The answers to these questions reside in the above verse, the lyrics for the song “The Comforter Has Come” by Francis Bottome, the 19th Century British poet and hymn writer. “Idongesit” is “Comforter” and “Okon” means “night” in our language. According to Bottome, “the long night is past”, because “the comforter has come”.

More than one century separates Bottome and Nkanga. Yet, there can be no better prophetic anticipation of the essence and life mission of the departed former Military Administrator of Akwa Ibom State, whose deployment to the state in 1990 clearly sealed the fate ofAkwa Ibomites, indeed, a land of promise whose “long night had past” because “the comforter had come”.

Like all genuine prophecies, Bottome’s prophecy had an encore in contemporary time. Before Nkanga’s regime, I had the unique privilege of serving in the first State Executive Council of our state as Commissioner for Information and Social Welfare. The first Military Administrator had timely located a site for a State Government Secretariat but unfortunately, accommodation arrangements for government offices during his successor’s tenure were built around the then prevalent rentier economy which was without any concern for enduring state structures and legacies.

I raised the issue during one of the Executive Council meetings but I was overruled. I had to stand down – but not without putting it on record that a “Daniel may come to judgment one day,”, and that I was no longer interested in continuing as a member of a government which obviously did not have the interest of Akwa Ibom at heart. Shortly after, that Executive Council was reconstituted and I was dropped.

Happily, my prophecy did not take long to come true. In September, 1990 the administration of Gen. Ibrahim Babangida appointed and posted Idongesit Nkanga to Akwa Ibom as Military Administrator in a move that was to become a game-changer for the destiny of Akwa Ibom State.

Conscious of the Military assignment nature of his posting, and activated by the sense-of-personal-stake of a son-of-the-soil, Nkanga immediately set about the job of giving the state a footing in the form of a Secretariat Complex.

To clearly see the genius and patriotism in Nkanga’s action, let us consider the relief we get as individuals, the moment we are able to acquire our own private building. Besides the positive social and emotional implications of being a house-owner, a personal building is the trigger for genuine liberation. And firing from all cylinders for the attainment of this goal, Nkanga was able to move the administration of the new state from rented apartments into its own permanent housing in a record time of just nine months which was later appropriately named Idongesit Nkanga Secretariat Complex.

In this, he stinted himself of the lucre built into the accommodation arrangements which existed before him. At the ground-breaking for the Secretariat, I had the unique privilege of being invited by Nkanga and I flew in from Japan where I was on an official assignment on behalf of the Federal Government, to be part of the fulfillment of our dream for the State. Apart from the rhapsody which greeted the state-creation itself, and the approval of the Ibom Deep Seaport Project by the Federal Government and the launching of Ibom Air, I can say that I am yet to witness another occasion which generated the kind of jubilation that I saw at the Secretariat Complex ground-breaking event.

After his epochal outing as Military Administrator of Akwa Ibom State, Nkanga had been severally involved in other strategic assignments and engagements for the nation, where – true to the soldier in him – he was always at the head of the fray.

Within the year 1992 alone, he was Director of Inspection at the Headquarters of the Nigerian Air Force; and Director, Research and Development, before his nomination for the National War College in 1993.

From the War College, he returned to the Executive Airlift Group as Commander in 1994. He was appointed the Commander, Presidential Air Fleet and Principal Staff Officer (Aviation Matters) to the Head of State.

When he retired in 1999, he joined Jet Support Services Incorporated of America, and was appointed its Regional Director for Africa. He was Chairman, Commodore Aviation Services, a Nigeria-Irish Joint Aviation Concern; and Chairman, Aero Link Limited, a Worldwide Aviation Consultancy outfit.

When Nkanga decided to join politics, he proved to be an invaluable war-horse in every respect. His first port of call was the National Democratic Party (NDP) under which he contested for the governorship of the state, with me as his preferred Senatorial candidate for Ikot Ekpene Senatorial District.

As the Chairman of the Board of Ibom Air Ltd, Nkanga brought his full pedigree as a pilot and a global aviation expert to bear in managing the first state government owned airline in Nigeria.

Within a period of two years of its inauguration in 2019 with just two aircrafts, Nkanga built Ibom Air into the preferred choice of air travellers on the domestic routes due to the several innovations he had brought to bear, while increasing the fleet to five aircrafts with plans to venture into international operations.

He was also the Chairman, Pan Niger Delta Forum (PANDEF) a platform from where he waged an unrelenting battle for an equitable deal from the Federal Government for the short changed and traumatized people of the Niger Delta region. On the very day of his passage, the 24th of December, 2020, Nkanga was still vociferating from a broadsheet interview in THISDAY Newspaper: “The people preventing the relocation of the IOCs to the Niger Delta Region are in Lagos,” he said – in furtherance of the agitation, as if pointing a successor to where the fight should be taken next in the eventuality of his departure.

Call it a case of dying in active service; of posthumous durability; of a legacy of service which is undying and worthy of emulation – and you will not be wrong!

When our people balk at the prospect of dying, the plea is often that they are yet to move their “belongings” into a safe and permanent accommodation. The meaning is that accommodating one’s own is the ultimate mark of accomplishment. In the State Secretariat Complex, Otuekong Idongesit Nkanga provided accommodation for Akwa Ibom when it mattered most, and though we would have loved to have him remain with us always, we can be consoled that he successfully joined the circuit of his service to his Creator and humanity. And as that THISDAY Interview rightly indicated, Nkanga was a true soldier – he died at his post!

As we commit his remains to Mother Earth this weekend, I urge his family, the people of Nsit Ibom Local Government Area, the PDP family and the entire state to equally draw consolation from the fact that Nkanga gave his utmost in his life time.

I pray that the soul of this great trail-blazer, liberation fighter, patriot, gentleman soldier and statesman, find rest in the bosom of the Almighty.

To clearly see the genius and patriotism in Nkanga’s action, let us consider the relief we get as individuals, the moment we are able to acquire our own private building. Besides the positive social and emotional implications of being a house-owner, a personal building is the trigger for genuine liberation. And firing from all cylinders for the attainment of this goal, Nkanga was able to move the administration of the new state from rented apartments into its own permanent housing in a record time of just nine months which was later appropriately named Idongesit Nkanga Secretariat Complex. In this, he stinted himself of the lucre built into the accommodation arrangements which existed before him