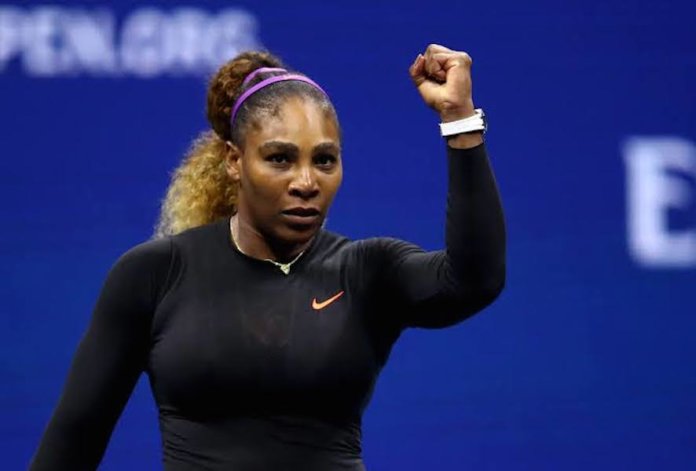 Serena Williams has said that she may not have been able to play in the Australian Open had it not been pushed back by three weeks.

The first Grand Slam of the year was delayed to allow players to quarantine.

Williams, chasing a record-equalling 24th major singles title next week, said she “needed the extra time” to fully recover from an Achilles injury sustained at the US Open in September.

She and Britain’s Katie Boulter won their openers as warm-up events began.

The two are playing in the Gippsland Trophy – one of six events running simultaneously at Melbourne Park this week to allow players to prepare for the Australian Open.

Williams claimed a a 6-1 6-4 victory over Australia’s Daria Gavrilova.

“I don’t think I would have been here if it was during the regular season,” the 39-year-old American said.

“Achilles are like the worst thing, honestly. Oh my goodness, I didn’t realise it would be this long.

“I definitely was pushing the limits, but I’m here.”

The fifth seed will play Bulgaria’s Tsvetana Pironkova in the last 16.

Boulter’s 2019 season was cut short by a back injury which she sustained at the Fed Cup in April.

She played just two WTA main-draw matches in 2020, winning the first before being forced to retire against Sofia Kenin in the second round.

However, the 24-year-old needed just 59 minutes to beat Kalinskaya in Melbourne and set up a second-round meeting with teenager Gauff.

Gauff squandered a 4-2 lead in the second set and a 4-1 advantage in the third before eventually winning in two hours and 47 minutes.

British number one Johanna Konta, who had a first-round bye, will play American Bernarda Pera.

Konta, who was among a number of players allowed out of quarantine to practise for five hours a day, said being in Melbourne – which has had no locally acquired cases of Covid-19 for more than three weeks – was “the closest to feeling normal that we’ve probably had in almost a year”.

“Having the opportunity to go to restaurants, to see more people milling about, it definitely does give you a sense of normality,” the 29-year-old said.

“We were walking down the street and there were people queuing up to go into bars and clubs and stuff. At one point we had to walk through a bit of a crowd of people and it was interesting.

“It felt so nice to not be so worried to be around people.”

US Open champion Naomi Osaka and world number two Simona Halep are also in the main draw at this event.

Top seed Halep advanced to the third round with a 6-4 6-4 win over Russia’s Anastasia Potapova.

World number one Ashleigh Barty will return to action on Tuesday against Ana Bogdan.

Australia’s Barty, who chose not to travel in 2020 because of the pandemic, is joined in the main draw by Karolina Pliskova and Sofia Kenin.

The ATP Cup, a men’s team event featuring world number one Novak Djokovic and 20-time Grand Slam champion Rafael Nadal, begins at Melbourne Park on Tuesday, while there is also a women’s singles event – the Grampians Trophy – starting on Wednesday which is for players who have been in ‘hard’ quarantine.

All players arriving in Australia had to undergo a 14-day quarantine before the tournaments began. Most were able to leave their accommodation for five hours a day to train but a group of 72 were confined to their hotel rooms for the duration because of positive coronavirus cases on their charter flights.