Democracy is a universal concept. Its practice differs from one place to another, as regards acquisition of power and institutional arrangements. Hence, one can talk of “American democracy”, “Nigerian democracy”, “British democracy”, “Irish democracy”, and so on. Wikipedia defines ‘democracy’ as a form of government in which the people have the authority to choose their governing legislators’.

The present Nigerian genre of democracy started in 1999 when Olusegun Obasanjo took office as the President of Nigeria in 1999, ending the multiple decades of military adventure in power that began in 1966. It was only interrupted by a brief period of interregnum from 1979 to 1983. The best definition of democracy is perhaps that given by Abraham Lincoln in his 1863 Gettysburg, Delaware speech. He said democracy is government of the people by the people and for the people. In the world at large, there is nowhere democracy can be said to be a Republic of equals. Thus, socio-economic and political inequality is a prominent and permanent feature of democracy, particularly in Nigeria where democracy has widened the gap between those who have access to power and public funds, and those who do not. It is generally assumed that democracy is the most suitable form of government, leading to the pursuit of the welfare of the generality of the people. While this may be so in some democracies, the reverse is the case in others. While democracy is synonymous with holistic development and aggregated growth in some jurisdictions, it is the representation of betrayal and inhuman deprivation in others. While some countries aspire to and do indeed, practice democracy for the socio-economic welfare and ultimate benefit of the generality of the people, or at least as many people as possible, others make their own brand of democracy government of the few (Oligarchy) by the few and for the socio-economic benefit of the few. Some variants of democracy are photocracy and corporatocracy.

Democracy in the United States of America

The United States of America can be classified as a Federal Constitutional Democratic Republic, in which the President, also known as the Head of State and Head of Government, the Congress and the Judiciary, share powers reserved to the national government. The Federal Government shares sovereignty with the State Governments. The executive branch is headed by the President, and is independent of the legislature. Legislative powers, on the other hand, are vested in the two chambers of Congress: the Senate and the House of Representatives. The Judiciary is composed of the Supreme Court, and the lower Federal courts. Basically, the Judiciary’s function is to interpret the United States’ Constitution and federal laws and regulations, which include resolving disputes between the executive and legislative branches. Powers are delineated by the Constitution. Overtime, two political parties, the Democratic Party and the Republican Party, have come to dominate American politics since the American Civil War of 1861-1965. Other Parties do also exist. There are major differences between the political system of the United States, and that of most other developed capitalist countries. These include increased power of the upper house of the legislature, a wider scope of power held by the Supreme Court, the separation of powers between the legislature and the executive, and the dominance of only two major parties (ibid). The United States is one of the world’s developed democracies, where third parties have the least political influence. The federal entity created by the U.S. Constitution is the dominant feature of the American governmental system.

During the evolution of democracy in America, two large processes were to be worked out, the utilisation of the resources of nature, and the organisation of civil affairs by means of a government. The industrial process has been coordinated with the civil, and democracy in America is the result. In Europe, since the heraldic summons of the Reformation, which came hard after the Columbian voyages, and in America, after the first quarter of the seventeenth century, the principles of government have shown a democratic application.

It is glaring that the balance sheet of democracy in Nigeria, is less than satisfactory. But, all hope is not lost. Despite myriad of disappointment, denial and betrayal of trust by successive Nigerian governments, the desire for democracy amongst Nigerians has remained unassailably high. Since the commencement of the current democratic dispensation, Nigerians have consistently expressed their desire and preference for democracy by their active participation in the various transition programmes and electoral processes, despite their reservations and regrets over them. Today, there is a general realisation in the country, that the only acceptable and popular route to the acquisition of political power is the ballot box, as it is the only means by which leaders are elected.

However, in a country like Nigeria where the level of illiteracy is very high, confronting the electorate with too many political parties breeds confusion. It is important to note that, only very few of these parties present relatively strong and viable opposition to the Federal and the respective State governments. The most important signal to the prospect of the survival and strengthening of democracy in Nigeria, is probably the ability to transit from one civilian administration to another, even if through heavily flawed and widely flayed elections. Although Nigeria gained independence from Britain in 1960, it was in 2007 that the country, for the first time, successfully transited from one civilian administration to another. All earlier attempts generated suffocating political logjams, that ended in the misadventure of the military in the democratic process. Although, the results of the 2007 elections attracted widespread condemnations, the overall result was a rather smooth and peaceful handover of political power from one civilian government to another. There is no alternative to democracy.

Why Nigeria Should Borrow a Leaf from American Democracy

Joseph Robinette Biden was, on January 20, inaugurated as the 46th President of the United States of America at a ceremony that created another milestone in American democracy. Even though American democracy has existed for hundreds of years (since 1776), its continued significance owes a lot to the presence of strong democratic institutions, without which it would have been as frail as other weak democracies across the world. America has had its developmental challenges, including governance issues, but its ability to resolve such challenges without the nation’s psyche suffering immense bruises, makes her a unique model. Specifically, the recently resolved President Donald John Trump-induced post-election insurrection and attempted coup, were made possible by the abiding faith in the resilience of the country’s democratic institutions, and respect for the rule of law.

This has further enlivened the argument that, only strong institutions sustain nation-building. In the course of her political evolution, Nigeria has encountered several difficult moments but has continued to wobble, stumble and fumble very badly, largely because of the weak democratic institutions, and failure to check abuse of power by the so-called ‘political godfathers’ who still dominate and control her socio-political and economic system. (J Guardian Saturday Magazine.

Donald Trump is a man well-known for many reasons, albeit very negative. His ascension as the President of America only amplified and magnified his eccentricity, unconventionality, non-conformism, narcissism, sophistry, grandeur of delusion, grandstanding, brinkmanship, pathological lies, paranoid disorder, megalomanic behaviour and egocentric attitude. He was, however, humbled and humiliated, by age-long America’s Strong Institutions. Trump’s theatrics of sheer buffoonery to overturn the USA 2020 general election and the people’s will finally met their delayed end, when his horde of rabid right-wing and, presumably, mentally-deranged supporters, invaded and desecrated the sacred Capitol Hill. They broke down windows, doors, and invaded rooms; rummaged through, and videoed legislators’ files, official and private documents; sat on their chairs; and senselessly, killed five people, including a Police officer, whom they clubbed to death. The hysterical mob did this, ironically, with the America flag. The Strong Institutions of America weighed in and tossed out Trump, the Strongman, out of power, and into the cold and uncertain future. Trump had goaded, instigated and enabled his frenzied ‘red-neck’ white supremacists to invade the Capitol, so as to prevent a joint session certification of the Electoral College votes. Nancy Pelosi, an octogenarian and Speaker of the US House of Representatives, was a ready target. Vice President Pence escaped death by the whiskers, in a most providential manner. Never before has American democracy witnessed so much insults and expletives, so freely poured on a sitting President. He has been variously described as mentally unstable, crazy, mad, racist, sexist, a xenophobe, fraud, unpresidential, clown, worst President America has ever had, Putin’s puppy, and more. He doesn’t seem to care. Can you wake up a man who is pretending to asleep?

The Concept of Strong Institutions

Strong institutions constitute an essential cornerstone and mechanism, for democracy to effectively and efficiently thrive in a society. Institutions are governmental systems saddled with the responsibility of making and enforcing the rules of a society, as well as regulating relations with other societies. Democratic institutions are in essence, a set of arrangements for organising political competition, legitimating rulers and implementing rules. Therefore, Strong Institutions in a democracy will efficiently satisfy and ensure participation of the people, either directly or indirectly: independence of the judiciary; separation of powers; rule of law; entrenchment of fundamental human rights; free and fair elections; freedom of the press; governmental accountability; as well as transparency of government officials. (To be continued). 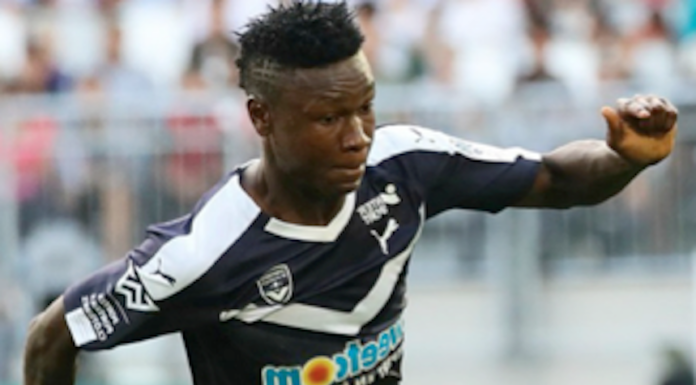