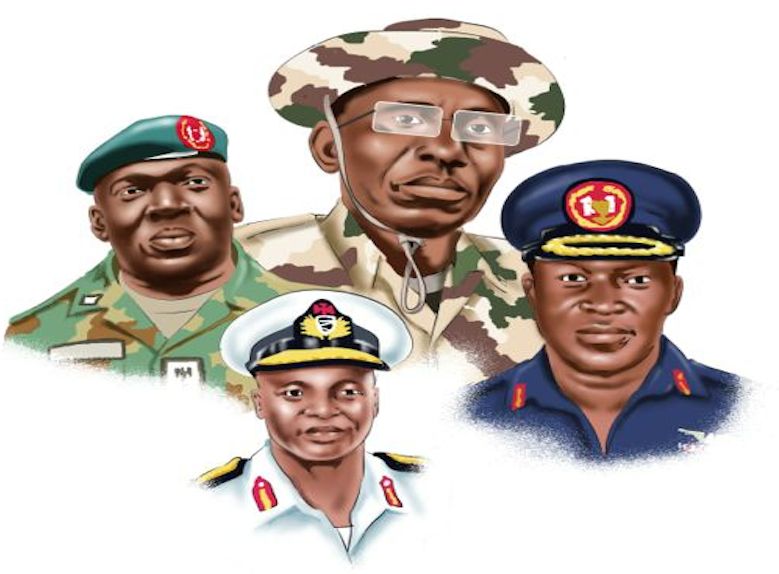 President Muhammadu Buhari last week approved the retirement of his service chiefs and appointed new ones. Although their retirement was long overdue, Mr President action has elicited applause from Nigerians and security experts who blamed the rise of insecurity to inability of the outgoing service chiefs to change their tactics against the dreaded Boko Haram and bandits who continue to terrorise the country.

The outgone service chiefs deserve pat on their backs. They have done their best to see the country secured and protected. But it seemed they have been apparently overwhelmed by numerous security challenges. The sudden resurrection of the decimated Boko Haram members and bandits who overran many villages in Borno, Katsina, Zamfara and Kaduna States points to their weakness.

Though, the Nigerian police and other paramilitary agencies such as Nigeria Civil Defence Corps are primarily and constitutional empowered to provide internal security, the gravity of insecurity in the country is beyond their capability hence the deployment of military to complement their roles.

With the new service chiefs on board, what should Nigerians expect from them? The new service chiefs have come at a time when the country is facing serious security challenges. There is menace of bandits, and Boko Haram who have regrouped and the emergency of ethics militias. The new service chiefs are not new in the war field. They have carved a niche for themselves, recorded success in their previous assignments. One prays they will replicate it and put more efforts to arrest rampant insecurity threatening the peace, unity and survival of the country.