Rotary Club  to Tackle Open Defecation in Lagos 4 mins ago 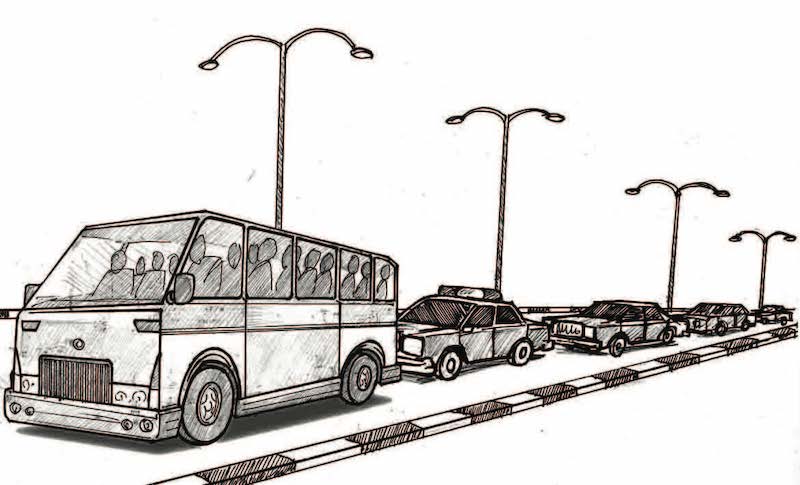 The unending debate about the nuisance constituted by drivers of articulated vehicles has again resurfaced in the wake of recent tragedies. The constant presence of these trucks parking indiscriminately on the Ogere section of the ongoing Lagos-Ibadan highway project is not only damaging new construction work but also causing incessant gridlocks. That some of these trailers are parked with full cement dead weight and abandoned on the road shoulder not only in Lagos but also in other major cities across is damaging as well as a major risk to other road users.

However, it is not only the manner these articulated vehicles are parked on the road that poses a menace, the manner they are driven is also a major problem. For years, many Nigerians have been at the mercy of these killer-drivers whose daredevilry on the road have claimed the lives of numerous innocent citizens. These drivers have no regard for traffic rules and regulations and under the cover of a strong union that goes on strike at the slightest excuse, they have become laws unto themselves. The manner in which they go about terrorising other road users had always left the public wondering whether these drivers were under some instruction to break the rules of civilised conduct.

While the body counts from truck accidents keep mounting, most of these tragedies can be avoided by simple common sense and inexpensive remedial interventions. It is common knowledge that there are too many rickety vehicles on our roads. The tyres of several of them are worn out; some are in a state of disrepair and not road worthy just as their brakes are suspect. To worsen matters, the drivers of a good number of these trailers and tankers are most often either drunk or half asleep behind the wheels.

Perhaps of greater concern is the frequent explosions of tankers carrying fuel. In two separate accidents last December in Kwara and Ondo States, several dozens of people were victims of this cheap death. In Moro local government of Kwara State on 2 December 2020, six persons were killed on the spot with scores of others injured when a fuel-laden tanker lost control, causing an accident that ignited an explosion. A week earlier, a similar fatal accident involving a tanker transporting fuel in Akungba Akoko, Ondo State claimed the lives of 12. In both cases, dozens of houses were razed.

What is happening on most of our highways across the country is anathema to decency in road usage while this armada of trailers and petroleum tankers will be considered primitive in more civilised societies. Unfortunately, years of toeing the path of impropriety and poor infrastructure development and maintenance in the energy and other sectors are having their toll on other forms of business. That explains why we have tankers of all sorts on the roads every day with all the risks they pose to other motorists.

In response to this danger, the Lagos State Government last week announced plans to enforce the restriction of trucks and articulated vehicles to night operations. But this law has been in force since 2018 without any enforcement. We hope that the authorities will be serious this time. From unlatched container on trucks falling on vehicles to fuel tankers veering off road to cause accidents before explosions, the carnage caused by the culture of impunity and recklessness of drivers of articulated vehicles is mind boggling. They must be checked.

We urge the Federal Road Safety Corps (FRSC), Vehicle Inspection Officers (VIO) and the police ‎to collaborate in jointly enforcing traffic rules across the country to stop these avoidable and senseless mayhem on our roads.