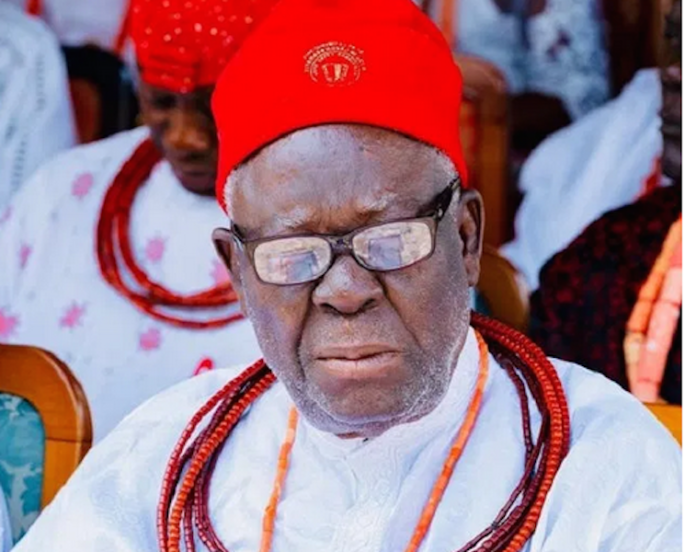 Immediate past Governor of Delta State, Dr. Emmanuel Uduaghan has joined several others to condole with his successor, Governor Ifeanyi Okowa, over the passing of his father, Pa Arthur Okowa, saying his death was “quite a surprise” to him.
Uduaghan, in a statement personally signed and issued on Friday night, said Governor Okowa’s father lived a life full of achievements and enduring legacies.

He recalled that Pa Okowa displayed “sharp mind” during their days in the defunct Grassroots Democratic Movement (GDM).
Commiserating with Governor Okowa and his family members, Uduaghan urged them to take solace in the fact the deceased lived a fulfilled life and impacted society especially, his immediate surrounding positively.

In his condolence message, member, representing Burutu Federal Constituency in the House of Representatives, Hon. Julius Pondi noted that fathers anywhere in the World are rare gifts, and noted that Nigerians would surely miss him.

The federal lawmaker, in statement said, “I wish to on behalf of the good and God-fearing people of Burutu federal constituency condole with His Excellency, Senator Dr. Ifeanyi Okowa over the demise of his father, Chief Arthur Okorie Okowa.
“I understand how dearly he must have been to the first family of Delta State and how badly they must miss him. Fathers are gifts to children and good fathers like Chief Arthur are precious gifts to not just their immediate families but to nations”, he said.

Also, National Coordinator of Centre for Peace and Environmental Justice (CEPEJ) Chief Sheriff Mulade, in a condolence letter, prayed God to grant the Governor and his family the strength and fortitude to bear the loss.

Quoting from John chapter 5, verses 28 and 29, Mulade, who is the Ibe-sorimowei of Gbaramatu kingdom, enjoined Governor Okowa to take solace in the fact that his father lived an exemplary and Godly life and therefore has the hope of resurrecting into eternal life.

Former Governorship aspirant in the state, Chief Sunny Onuesoke, in his condolence message, described the deceased as a patriotic, passionate and detribalised elder statesman, who built bridges for the unity, peace, progress and development across all board despite ethnic differences.

He explained that as a loving father, the late Pa Okowa never related with the junior ones as sons but as friends despite his well-advanced age adding, “I can attest that he was a good man”.

Immediate past Chairman of Warri South Local Government area, Dr. Michael Tidi, in a statement also said the state had lost a great man, whose contributions to the growth and development of Delta and Nigeria could “be described as inspirational and worthy of emulation.”

To Governor Okowa and family, he said, “We share in your sorrow and pains at this period and we pray God will grant you and the entire family the courage to bear the loss even as we pray for the repose of the soul of your departed father”.