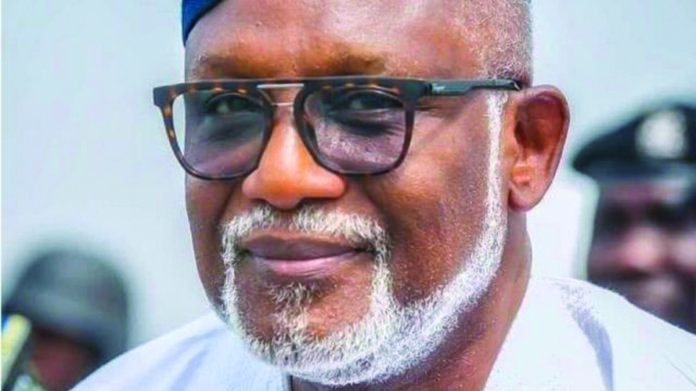 Oga tried to behave out of character by going the activist mode. He gave an ultimatum to some people to leave his forest. I just laugh. This one na dance na. No be even better dance sef, na kurukere dance. How will he enforce the ban, the Commissioner of Police does not report to him, the Army does not report to him? Will he take guguru defence and his maiguards to enter the forest? This is why some people are calling for restructuring.

Me I don’t support that but, in this case, I just continue with my afang instead of taking this threat seriously. But that is not my matter today; it was the memorandum that was released after his meetings with some governors and others who came to engage him on the matter. Someone dropped it on the Duke Summit and because I was less busy I say make I read am.

I swear if I had seen Mr Akeredolu immediately after, I would have shaved his beards. If my 12-year-old daughter Zara came home with that kind of report, I would have knocked her head and asked for my money back from the school. I have never seen such an opaque and empty document aimed at addressing a serious issue like the one. The thing just be like handout they used to give us in Political Science class in Unilag that used to make me fail. Na wa.