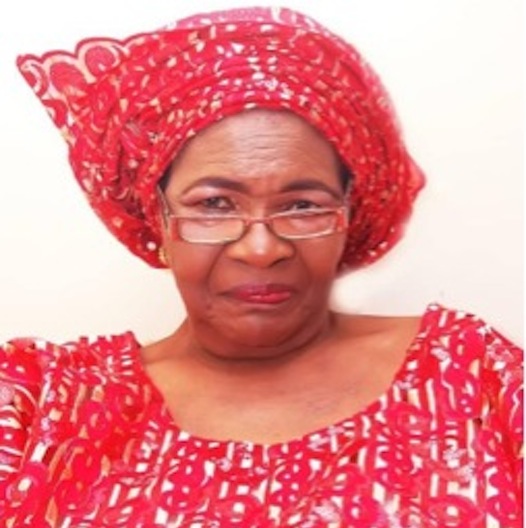 Sometimes, the best way to measure the value of human life is at the moment of death, at that brief interval between awareness and sleep, where it suddenly dawns upon the mind that those left behind will remember one for good. Chief Mrs. Afolasade Akande passed on to glory on her 80th birthday, fully aware that she will be remembered for good.

The life of Madam (for she never quite became an old and wrinkled ‘Mama’) Folasade Akande (formerly Folasade Adenuga) was one of grace and beauty, and the continuation of a prestigious lineage.

Born to Pa Michael Agbolade Adenuga Sr. and Mama Juliana Oyindamola as number two among their five children, Madam Folasade inherited philanthropic — and disciplined — aspects of her father and the business genius of her mother. These traits were somewhat unevenly distributed among the Adenuga children (the late Mrs. E. O. Osunsade, Otunba Demola Adenuga, Otunba Yetunde Adegbola, and Dr. Michael Adenuga), and each got something to be forever remembered for.

It is notable that Madam Folasade passed away on a day of joy, a day many people started with gratitude in their hearts for the happy woman. Her younger brother, the renowned businessman, Michael Adenuga, would likely have coloured the town in celebratory pink, in honour of a woman that greatly influenced him.

Unaware that she was about to breathe her last, Mike Adenuga had written a long note to celebrate her. He recalled tales of their distant past, a time when their mother still shouldered the burdens of their lives and happiness even though she didn’t need to; a time when his sister, Madam Folasade, imitated that same gentle grace, never hard to please, and yet a no-nonsense person.

There is no doubt that Madam Afolasade Akande was loved, or that she will be greatly missed, or that her memory will still bring smiles on the face of her beloveds five or ten years from now. This is the result of a life well-lived.