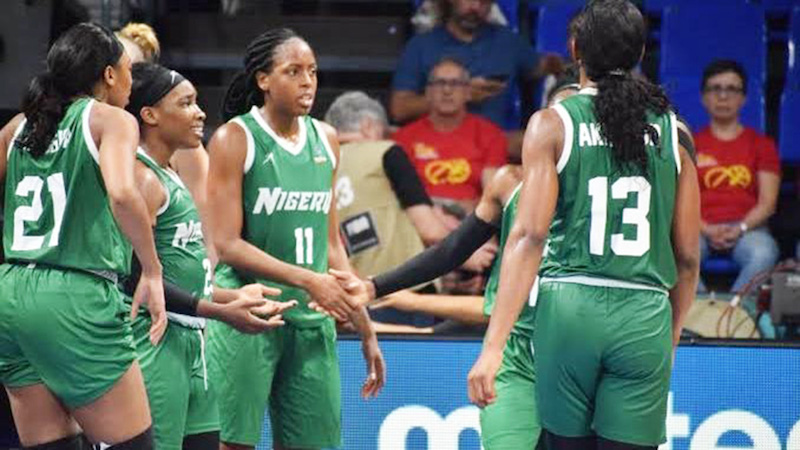 The Nigeria Basketball Federation (NBBF) has invited 16 players to Atlanta for a 10-day training camp as preparation commences for the 2020 Olympics Games in Tokyo.

Training camp to be held at Fairfield Inn & Suites, Atlanta is scheduled to start today Sunday, 31st of January and end on Monday, 8th, of February.

The list is headlined by centre, Elizabeth Williams who plays for Atlanta Dreams in the WNBA and 26th overall draft pick, Erica Ogwumike, Minnesota Lynx who are part of the five new faces joining the team.

Nicole Enabosi will have another chance to be a part of the team after missing out of the 2018 FIBA World Cup in Spain due to injury she suffered while with the team.

Forward, Amy Okonkwo with Club Deportivo Zamarat, Spain has also been invited alongside Oderah Chidom, with Tsmoki-Minsk BC of Bulgaria as well as Pallas Kunaiyi-Akpannah with Pallacanestro Vigarano of Italy.

Most Valuable Player of the 2020 Afrobasket, Ezinne Kalu who plays for Landerneau BB makes a return to the team with Promise Amukamara (Charnay BB) and Evelyn Akhator (Flammes Carolo) all based in France.