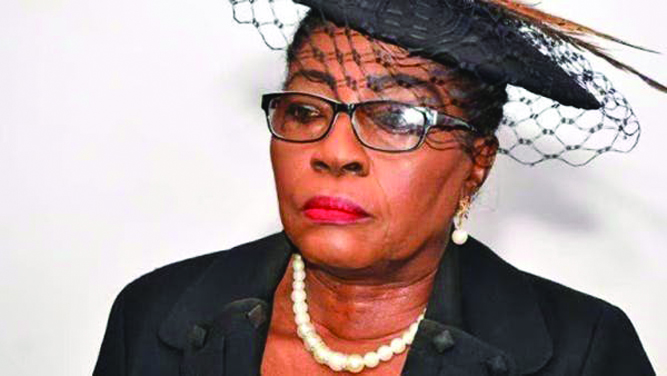 With the pressure mounted by the National Judicial Council and Nigerian Bar Association on the Cross River State Government to confirm Justice Akon Ikpeme as the substantive chief judge of the state paying off, stakeholders are demanding same for Gombe State in order not to leave the judiciary at the whims and caprices of governors, writes Davidson Iriekpen

After rejecting her twice, the Cross River State House of Assembly on Thursday finally backtracked and confirmed Justice Akon Ikpeme as the substantive chief judge of the state. The confirmation took place following a motion moved by the House Leader, Peter Odey, and seconded by Whip, Okon Ephraim, representing Calabar South 1.
The confirmation followed a request by Governor Ben Ayade dated January 20,2021, with Ref: SSG/S/300/VOL.XVIX/550, and signed by the Secretary to the State Government, Mrs. Tina Agbor Banku.

The letter read in part: “In the exercise of the powers conferred on His Excellency, Professor Ben Ayade, Governor of Cross River State by Section 271(1) of the 1999 Constitution of the Federal Republic of Nigeria (as amended), I am directed to forward the name of Hon. Justice Akon Bassey Ikpeme for confirmation by the Honourable House as Chief Judge of Cross River State in the State Public Service.

“The purpose of this letter, therefore, is to request Mr. Speaker and Honorable Members to please grant the consequential confirmation of the nominee for formal appointment as Chief Judge of Cross River State in the State Public Service.”
Unlike on two previous occasions, the lawmakers during plenary wasted no time in overwhelmingly granting the request from the governor to make Justice Ikpeme the substantive chief judge of the state as soon as the letter was read on the floor of the assembly by the Clerk, Bassey Ekpenyong.

Even though the state government and assembly did not give any reason why they allowed the confirmation after rejecting her twice, the assembly Speaker, Eteng Williams, said: “The Assembly just did its job. We got new facts. We got documents that we needed. We’ve done our own findings.”

According to him, what the lawmakers had done was to stabilise the judiciary, noting that the Chief Judge is expected to discharge her duty without fear or favour and that she should be fair.
Odey, who moved the motion for Ikpeme’s confirmation said, “It was the decision of the House at that time not to confirm her. And it is the decision of the House of Assembly to confirm her today. The House has done the needful and that chapter is now behind us. I wish Cross River judiciary well.”
“It was a unanimous decision, we didn’t give room for voting,” Efa Esua, the member representing Calabar Municipality State Constituency, stated.

When asked why the House made a U-turn on the matter, the lawmaker simply said, “It means that the first time we didn’t do it right. So, having seen that there was an error, we needed to correct it”.
The state had been without a substantive chief judge since November 28, 2019, when Justice Michael Edem retired.
Twice the assembly disqualified Justice Ikpeme, the most senior judge in the state, who ought to have been appointed into the position in accordance with the Nigerian Constitution and legal tradition allegedly, because of her family ties with neighbouring Akwa Ibom State.

Justice Ikpeme is of Akwa Ibom parentage. She was born in Calabar, Cross River, when Akwa Ibom was a part of Cross River. She is married to a man from Cross River, and has been working for decades as a judicial officer, including being a director of public prosecution, and a judge in Cross River.

Akwa Ibom was created out of Cross River on September 23, 1987, by the military regime of Ibrahim Babangida. Governor Ben Ayade had reportedly manipulated a previous confirmation hearing by the House against Justice Ikpeme.
The governor had recommended Justice Ikpeme to the assembly on the last day of her three-month in acting capacity but in what many believed was rather a political intrigue, the assembly refused to confirm her.

In a swift reaction, the governor swore in the second in rank of seniority Justice Maurice Eneji, who acted for the first three months and got a second three months after the assembly rejected the second recommendation for Justice Ikpeme to be confirmed.

Justice Eneji’s second and non-renewable tenure in acting capacity ended in September 2020 and the state was without a head of judiciary either in acting or substantive capacity for over one month and some days.
Ayade, however, swore in the third in the rank of seniority; Justice Eyo Effiom Ita in acting capacity for another three months, which elapsed this January 21, 2021.

But THISDAY investigation revealed that the state government was left with no option but to confirm Justice Ikpeme, because the National Judicial Council (NJC) had remained dogged that it would not recommend any person for the substantive position of Chief Judge other than Justice Ikpeme.

It was also gathered that the NJC had refused to extend the tenure of Justice Eyo Effiom-Ita whose acting period ended on Monday, January 18, 2021, thus setting the stage for Ikpeme’s confirmation.
The Nigerian Bar Association (NBA), International Federation of Women Lawyers (FIDA) and other organisations were unrelenting as they continued to mount vigorous campaigns against the governor and the NJC.

She has served meritoriously and despite several challenges along the way has accomplished and received a commendation from the former President of the Court of Appeal, Justice Zainab Bulkachuwa for her immense contribution towards achieving a sustainable and independent democracy in Nigeria.

To the knowledge of the state’s apparatchik, Justice Ikpeme had, consistently entered her State of Origin as Cross River State and not Akwa Ibom State, in all relevant records, by virtue of her marriage to a bona fide Cross Riverian.
With the retirement of the former Chief Judge, Justice Michael Edem last December, as the most senior judge in the state High Court, in compliance with Section 271 (1) of the Constitution, which states that “the Governor of the State shall make the appointment of a person to the office of Chief Judge of a State on the recommendation of the National Judicial Council subject to confirmation of the appointment by the House of Assembly of the state.”

However, following political undercurrents and intrigues, the state assembly rejected her confirmation as substantive chief judge of the state on the grounds that she was not from the state by birth although married to a Cross River man and the fact that she would constitute a security risk to the state.

Though the initial non-confirmation of the Justice Ikpeme was blamed on the state assembly, many people knew it was Governor Ayade that was behind the plot. Knowing the overwhelming influence governors have on their state assemblies, many analysts knew that if the governor did not support the move, the lawmakers would not have had the effrontery to reject NJC’s nominee.
Analysts are still at a loss as to why the state was against Justice Ikpeme. The 1999 Constitution does not emphasise indigeneship. Instead, the constitution talks about citizenship of Nigeria, making one to wonder where Cross River State derives the authority to reject Justice Ikpeme on the grounds of ethnicity.

This is why analysts have commended the NJC for standing up to the state government for rejecting Justice Ikpeme. They stated that but for the NJC, governors would have long destroyed the judiciary same way they have destroyed institutions and other arms of government in their states.

“For me, I thank God that the NJC was able to muster the courage to stand up to the Cross River State and force it to backtrack. I have always been saying it that but for the NJC, governors would have long destroyed the judiciary in their states. They always want the judiciary to do their bidding.

“What have we not witnessed in this country? We have seen a situation where a governor wanted to appoint his wife who is a judge at the Federal High Court a Chief Judge of his state. We have also seen a governor, who wanted to bring a junior judge from the Lagos State High Court to be Chief Judge in Osun State.

Like Cross River State, the NBA, FIDA and other organisations are urging the NJC to maintain the same momentum of pressure on the Gombe State Government, which has denied Justice Beatrice Lazarus Iliya the position of substantive Chief Justice of the state, because she is a Christian and a woman.

“We just call on these organisations to mount same pressure on Gombe State, because it would be dangerous if we leave the judiciary at the whims and caprices of state governors. It would make us to totally lose hope,” said Etim Marcus, a social affairs commentator. 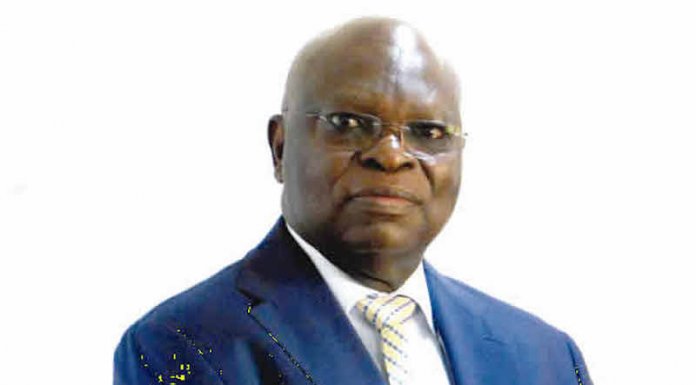