Without stern consequences for their bloody, criminal rampage debatably suggestive of an agenda beyond environmental triggers, rogue herdsmen seize Southern and Middle Belt forests and farmlands. Louis Achi looks at the issues and espouses the urgency in fixing them once and for all

Could the National President of Miyetti Allah Kautal Hore, Bello Abdullahi Bodejo have spoken from some arcane knowledge unavailable to other multifarious ethnic nationalities that constitute Nigeria? He had proclaimed that all lands in Nigeria belong to the Fulani ethnic nationality. He had also called for retaliation against any attacks against herders. Bodejo’s position was apparently emboldened by a hurried statement from the presidency.

In effect, any blade of grassy bovine delicacy or chewable economic crop cannot escape the enthusiastic moo and digestion by the hoofed invaders. The Miyetti Allah Kautal Hore is a second-league cattle-herding cartel in Nigeria.
However, the Miyetti Allah Cattle Breeders’ Association (MACBAN), a much older sister cattle herders’ body disowned Bodejo’s imperious proclamations and condemned the call credited to the Miyetti Allah Kautal Hore, which urged herders to defend themselves against attacks by ethnic militia in the southern region.

The MACBAN national secretary, Baba Usman, told newsmen in Abuja that his organisation was shocked to read media reports that a leader of Kautal Hore had asked Fulani herders to retaliate any attack or attempt to restrict them in southern Nigeria. According to Usman, “We totally condemn it, because it is dangerous to the peace of the country. Nigerians should not see us as agents of destabilization.”

Meanwhile, some 48 hours ago, the venerable Sultan of Sokoto, Muhammadu Sa’ad Abubakar III waded into the festering Fulani conundrum. Noted the Islamic religious leader, while Fulani may dominate the kidnapping cartel in the country, they do it in collaboration with people from other ethnic groups.

The Sultan spoke last Friday in Abuja, at a meeting convened to discuss and seek solutions to the on-going challenges facing Fulani herdsmen in the country especially, in the wake of the recent crisis in the Southwest.

The Sultan, who chairs the Board of Trustees of the MACBAN said there are Fulani that engaged in criminality like there are people of other tribes and ethnic groups that also engaged in different acts of criminalities, hence it is wrong to generalise the crime perpetrated by individuals.

“We are going to approach the President to talk to our West African neighbours, where we have Fulanis like Senegal, Niger Republic Guinea and Mali, to help us, because most of these bandits cross from neighbouring countries, conducted their criminal act and run back,” the Sultan said for good measure.

Just how much light have been generated in the nightmarish darkness of herdsmen depredations in Nigeria by these key Northern stakeholders is debatable. But clearly inescapable here is the fact that the mounting intensity, boldness and body count from this offensive by shockingly weaponised herdsmen speak to a failing state or specific non-salutary agenda.

Largely in the Middle Belt, South-south, South-east and South-western forests and contiguous territory, kidnap for ransom, banditry, brutal killings, rape, deliberate destruction of property and extensive population displacement have scaled up. In all these, the security agencies are either incapable or unwilling to rein in the spreading terror with allegations of complicity daily mounting.

Strangely, a key concern of the current administration, seemingly supported by a laid-back national parliament is how best to stop progressive states and regions from birthing security structures that will neutralise the current bloody terror and safeguard their people. Coyly quoting the constitution has become a staple diet.
But history has proven on many occasions that the display of real leadership can set the ball rolling and force the conclusion of important matters that have been dragging.

This was exactly what happened, when Governor Rotimi Akeredolu of Ondo State, fed to the teeth and citing intelligence that some herders were about to unleash more extreme violence in the state, recently issued an ultimatum to herders, mostly of the Fulani tribe, to vacate the state’s forest reserves within one week. He received the immediate backing of not only the Southwest region but three other regions and other important political figures.

At press time, despite the knee jerk responses from the presidency largely backing the Fulani herdsmen, considerable compliance has set. There has been a flurry of meetings between various stakeholders, curious visits to a rattled Aso Rock, huffing and puffing by some stakeholders with unraveling presumptions.

A major enabler of the bloody impunity playing out is the lack of stern consequences for criminals, who breach the law. Even invaders from Mars must obey Nigerian laws. Many allege that because the president is Fulani, then, the Fulani have the licence to run riot. Though it must not be forgotten that there are many law-abiding Cattle-herding Fulani, who have spent all their lives in the South, living and interacting peacefully with Southerners.

Despite contrived constitutional hurdles, Akerodolu’s bold move sent a clear signal that the intolerable situation cannot continue in his state. A Senior Advocate of Nigeria, the content of his ultimatum was carefully couched but predictably misinterpreted by forces that appear to be calling the shots.

Some of the unfolding fallouts from Akerodolu’s ultimatum include even the splitting of the Nigerian media along North-South fissures. Besides roping in the Nigerian governors’ Forum (NGF), the drama has also put the ruling All Progressives Congress (APC) national leader, Bola Ahmed Tinubu on the spot.

Back from his sojourn abroad, Tinubu has kept mum from reacting to the herdsmen crisis in his home region, for reasons allegedly linked to his 2023 presidential ambition.

When Chief Olusegun Obasanjo was president, the Oduduwa People’s Congress (OPC), which began as a Yoruba sociocultural interest group soon morphed into a violent group intimidating many especially, the non-Yoruba in the Southwest. If they had assumed that their man was president, they were dead wrong.

Obasanjo issued a shoot-on-sight order and still believes that it was the right leadership position to adopt. It was his duty to rein in the OPC or risk a general breakdown of law and order. That’s leadership without fear or favour. 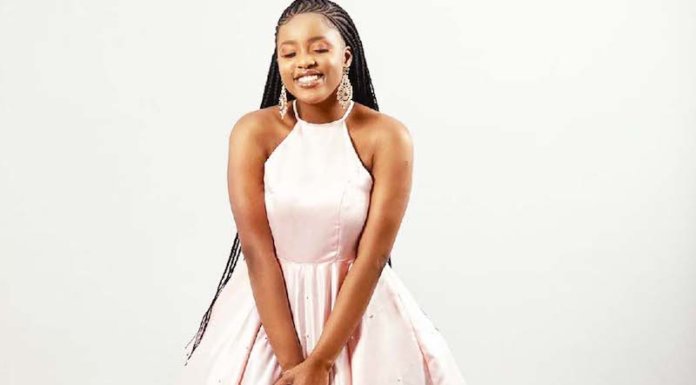