FG Should Encourage Private Sector to Participate in AfCFTA 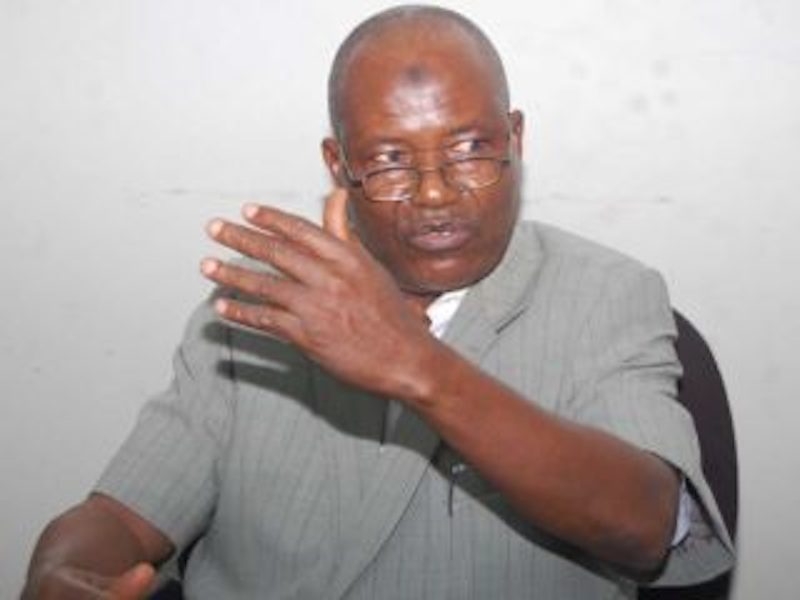 Sheriffdeen Tella, a professor of Economics at the Olabisi Onabanjo University shares with Bayo Akinloye his views on African Continental Free Trade Agreement as it affects the informal and formal sector of the Nigerian economy

African Continental Free Trade Area (AfCFTA) is a major project of the African Union Plan – Agenda 2063 and likely be the largest free trade area in the world, if measured by the membership, which is put at 55 countries and 1.3 billion people. This represents a huge market for any African or foreign country and Nigerian businesses, irrespective of the scale of operation, can benefit greatly from the market if we have tradeable goods.

The larger the size of the market in terms of population and income the better for member countries. Most African countries are, however, in the low-income bracket which can serve as a limitation to maximising the benefits derivable from a large free trade area as provided by AfCFTA. Notwithstanding, the combined income plus attraction from other regional countries and free trade areas to participate in the market can grow the market.

Is there any benefit for the Nigerian informal sector?

A lot of benefits, but not in the format of individualism that they operate currently. If they can be organized into production and consumer cooperatives, as existed in the past. Definitely, with AfCFTA, there will be an improvement in the quality and quantity of their outputs for competitiveness as well as organized marketing of their products which can be undertaken by a government agency. All those adire producers in Ogun State (Nigeria), for example, will have a ready market under AfCFTA.

What about the formal sector?

There are benefits to the formal sector too, given the level of resilience they go through with our infrastructural deficiencies. The free trade area does not open avenues for buying and selling only but also for the establishment of production arms or units in other countries with much fewer difficulties. Medium- and large-scale companies like Leoplsast, Elizade, Innoson, Dangote, and ceramic industries will find it easy to enter into African markets as the first step towards becoming greater multinational companies.

Should Nigeria be implementing the trade agreement during this period of economic recession and deepening poverty?

The existence of the free trade area challenges producers to be competitive, that is, producing good quality outputs; innovative and expansive. The participants see the bigger market as an opportunity to produce more and capture a large proportion of the market with attendance growing incomes. The larger the quantity of the goods produced, the lower the unit cost. That is what free market areas provide and what producers want to take advantage of. The implication is that the expansion of the businesses means expansion in employment opportunities for the people and the subsequent increase in labour incomes. So, what more is required in recession than employment generation to earn income and lift people out of poverty? Government itself will be able to get more income tax from workers which will improve its revenue.

Will you say Nigeria is ready for AfCFTA?

The government has signed the agreement and the next thing is to encourage the private sector to participate in the scheme. It is a largely private-sector scheme, not government and I am sure our private sector is already looking at the project to key into it. I read about Dangote Company already has a plan for the AfCFTA. Many other companies could be silently working on this too.

Do you see the Nigerian government’s willingness to implement the trade agreement?

It took some time before the Nigerian government signed the agreement and one would think that they have thought it through before signing. The duty of the government is to provide an enabling environment by minimising the period of approval of documents or reducing bureaucracy in processing documents to facilitate participation by the private sector. With the high level of corruption in the public service and generally, the country may not be able to take initial full advantage offered by the free trade programme. The Minister for Industry Trade and Investment (Adeniyi Adebayo), has to be on top of his job to see to the success of the scheme. It is high time we started measuring the success or failure of ministers by independently recording achievements of ministerial programmes. In that case, progressive moves for officers in the respective ministries, departments, and agencies will be based on achievements rather than whom you know.

Initially, it may not offer fair trade as large economies on the continent might take advantage of the smaller ones at the beginning but as time goes on and the smaller countries see the situation of the competition as a challenge, some of them will try to catch up by concentrating on products where they have comparative advantages. Though Nigeria is a large economy with experienced private-sector participants, it may be difficult to benefit greatly if there is no adequate support from the government such as creating a bureaucratic bottleneck or just a lack of interest because of ‘free’ oil money. We cannot blame anybody for our failure given our economic and political position on the continent.

How can Nigeria’s formal and informal sectors benefit from AfCFTA?

There ought to be a sectoral national plan involving the government and the private sector on how to tackle challenges and take advantages offered by AfCFTA since the signing of the agreement. I doubt if we have such a plan since we do not even have a national development plan! In the absence of such preparation, the Ministry of Industry Trade and Investment should set up, without delay, a committee comprising of the public and private sectors (representative of formal and informal sectors) as well as legal professionals, academics in the area of trade and consultants to work out a blueprint for some five-year medium-term plan on AfCFTA. This will serve as the immediate working paper before finally preparing a long-term plan that will be integrated into a national plan. This medium-term plan on AfCFTA is not for the public sector committee or the private sector committee alone but should be worked out together rather than engage in learning by doing.

What specifically should Nigeria look forward to in 2021, in economic terms?

It is difficult to predict for an economy like Nigeria with no national plan but depends largely on vicissitudes of the international economic activities.

The economy is not based on growing domestic revenue base but on national and international borrowing plans. Even when we talk about improving domestic revenue, it is about increasing taxes on products and personal incomes and tariffs cum duties as well as removing subsidy where it exists; not about how much output growth is expected from the different types of industries, growth in agriculture of different crops over and above what was produced last year; and reduction in unemployment. One can, therefore, say that if the world economies improve in terms of general output and demand for oil, despite new waves of COVID-19, the Nigerian economy will grow by some margins. It is expected that the world will be able to cope better with the pandemic this year than in 2020, so we expect some growth and consequently slow growth out of the recession by the second or third quarter.

Should the country expect more foreign investments this year?

Not really, unless we are able to tackle successfully, the issue of insecurity of life and property. More important, investors want to know where to key into our national plan and there is no plan to show this. So, investment is likely to remain in the traditional area of oil and gas because of the importance of these products to their economies.

What should Nigeria watch out for as an economic banana peel?

The information (communication) technology sub-sector is growing and capable of a big leap this year, except that we do not have the energy infrastructure to promote and support it. Result-oriented investments in the energy sector can assist in taking advantage of the global growth of the ICT sector.

Secondly, if there are agricultural reforms such that production goes beyond rice revolution to wider annual and cash crops as well as fisheries and animal husbandry with drastic fall in activities of armed bandits, Boko Haram, kidnappers, and Fulani headsmen with good weather, the sector can play a major role in economic renaissance.

Do you see the manufacturing sector rising again?

It is possible, but not for now. There is no plan on the ground to support any positivity on this. Actually, the implementation of AfCFTA can worsen the case if some other African countries are able to provide the required infrastructure (power and good transportation network) and other conducive atmospheres like reduced bureaucracy, low incidence of corruption, and national plan within the context of African Agenda 2063 to attract our industries.