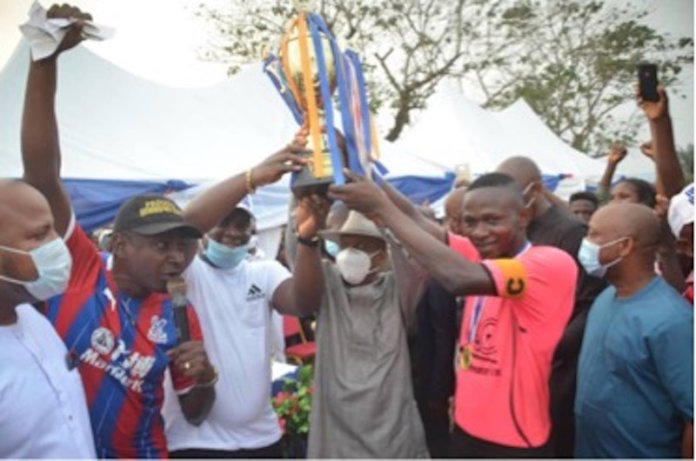 When he is not on political turf doing politics, he is watching his team, Tottenham Hotspur play at the English Premier League. He kicks with his legs and hands and uses his mouth to direct the players whenever his team is in possession of the ball on pitch of play. That is how passionate Senator Theodore Orji, who represents Abia Central Senatorial District at the Red Chamber, is about his number one club in the world, Tottenham Hotspur. This is no fluke, as governor of Abia State for eight eventful years, Orji supported the state-owned clubs- Enymba and Abia Warriors to win laurels for the state. He loves jersey number 10, which great players like Pele, Maradona, Jay Jay Okocha are known for.

Orji who honoured the invitation as Special Guest of Honour at the just concluded Ochendo Reloaded Football League Part-2 grand finale on the 6th of January, 2021, at Williams Memorial Secondary School, Afugiri, Umuahia, received a standing ovation from the crowd and the atmosphere became charged as the crowd chanted Ochendo, Ochendo, in appreciation to his love for the round leather game.
In his welcome address, the chief sponsor of Ochendo Reloaded Football League, Prince Emeka Elias Ihedioha, said the epoch-making event was a football competition comprising the villages of Afugiri community in Umuahia North Local Government Area of Abia State. “This football competition whose first edition started in 2018 was borne out of an obsession to create a possible convergence between the empowering activities of His Excellency, Senator T.A.Orji (Ochendo Global) and the Afugiri youths through sports.

“The competition had to a large extent helped in strengthening the peace, love and unity existing among the villages of the Afugiri community, encouraged character development/discipline as well as enhancing the capacity of the youths and creating an enabling environment for talent discoveries.
“Additionally, we anticipate that in the course of this finals being played today, that sports directors and football team managers present will utilise the opportunity to scout for potentials/talents who will promote and defend our nation’s integrity tomorrow.
“Furthermore, this competition hopes to address the issue of economic disempowerment of wider sections of the citizenry as a potent cause of violence and youth restiveness in the community through the engagement of the youths in activities like this. I have however, provided the prizes for the winners of the competition as follows: 1st position – Five hundred thousand Naira, 2nd position – Two hundred thousand Naira and 3rd position – One hundred thousand Naira.
“In addition to other 86 medals that will be given to deserving individuals who participated in the competition. I therefore enjoin all the participating teams to play safe and confine themselves within the acceptable rules of the competition.

“Again, I sincerely wish to appreciate His Excellency, Senator T.A.Orji for his good gestures and for being present on this occasion. My heart-felt appreciation also goes to the able President General of Afugiri Federated, Engr. Godwin Iroabuchi Ohaeri and his executive for their wonderful support in ensuring that this competition becomes a success. I am also indebted to the wonderful team of experienced organising committee for this tournament, all the participating teams, fans, the spectators and everyone who was part of the success of this competition. May the Almighty God bless you all,” he charged.

Senator Orji, who made a cash donation to the teams, presented the trophy to Nkemakolam James the captain of Umuagungolori Obiohuru that won the competition. He enjoined the youths to take to sports instead of violent crimes, promising continued support for the competition. Other trophies were presented to Okpuala Umuekwule 2nd position Captain Ernest Isaiah and Umuosu 3rd position Captain Chinedu Akoma.

The Coordinator of the competition, Olileanya Esobe, said competition was a huge success. “But there can’t be very perfect competition so improvement must come in the areas of provision of playing kits to all the participating teams. Fans of these teams should be sensitised and educated to know that football is not do or die. You cannot win all the time.

“I advise that moving forward, before another edition starts, the teams, their coaches and fans be sensitised on the new rules of the game, this will help reduce hooliganism and unruly behaviour.”

On whether Enyimba and Abia Warriors should be looking for talents discovered from the competition, Esobe said, “Yes, they should. There are quite a number of good players who need exposure so as to maximise and professionalise their talents.”

Esobe who is popularly known as ‘Oliha’ due to his football skills, said the competition brought more unity to the competing communities. “The competition fosters so much unity among the competing villages but proper sensitisation, education and information to players, coaches and fans of these villages will improve things a whole lot.” 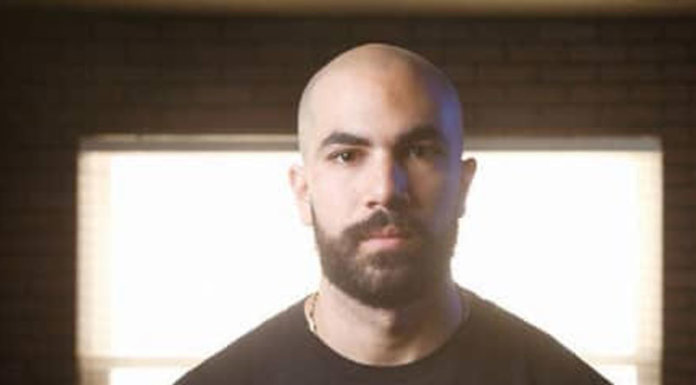 Ace Entrepreneur Youssef Carves Niche for Himself In fitness Industry