Governors Haven’t Quite Been the Needed CSOs 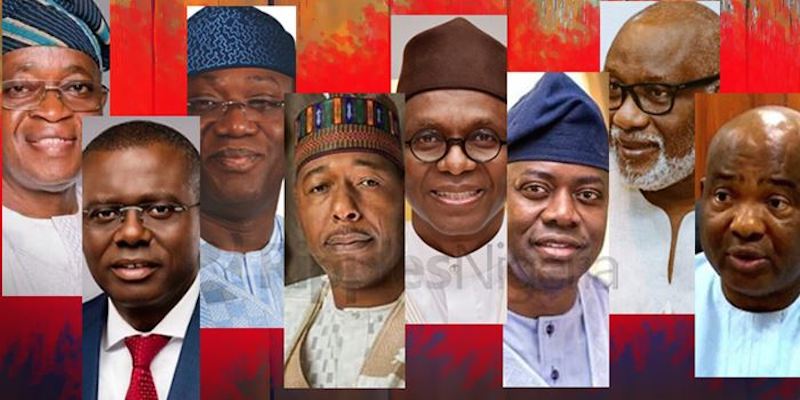 To be a governor since the general elections of 2015 is to schmooze with Aso Rock, visiting with the mute occupant over here, shaking and pumping hands back then, chuckling in spurts of buffoonery mirthful guffaws, bumping fists in these days of COVID-19, returning back to your home state with assurance from the federal treasury ministry that, “on quid-allocation, all is well,” and berating opposition elements back home as “politics-players with issues of governance.” It is a comical world up there at the Governors Club.

As rampaging foreign Fulani tribesmen and new-fangled terror groups invade states and menace the local folks there, these cheery-cheeked governors just feel a small prick of irritation and wish this “menace” away, getting even more irritated by the thought that they’d be compelled to dip into their tills of “security votes” to initiate any sort of safeguard measures against these determined terror hordes.

On the unlikelihood that they even moot the idea of anything resembling “anti-Fulani security,” in all likelihood the office of the NSA will be breathing down their necks warning of “dire consequences” and maybe even reminding the state governors that there exist something called “state of emergency” that can be invoked (the way Olusegun Obasanjo did it) and the “troublesome” governors, based on information obtained about his finances from the NIFTU, stand to lose all amidst the possibility of a long period of incarceration and EFCC harassment.

Was this the situation of Seyi Makinde of Oyo State? Why hasn’t Samuel Ortom, the governor of my home state of Benue, inaugurated some sort of self-defence security corps that will be mandated to do clear-out operations in the bushes of that state? Why did Dave Umahi of Ebonyi State just conveniently “jump ship?” Why is Darius Ishaku of Taraba State only “suing for peace” each time a neighbourhood of Jalingo is invaded and some top-ranking person is kidnapped and murdered in cold blood? The thinking is that elected governors are Chief Security Officers (CSOs) of their states but the reality is that to be a governor is just to run down the eight-year clock in cool comfort. No wonder non-state actors like the late Gana, Nnamdi Kanu, and now Sunday Igboho are the peoples’ favourites.