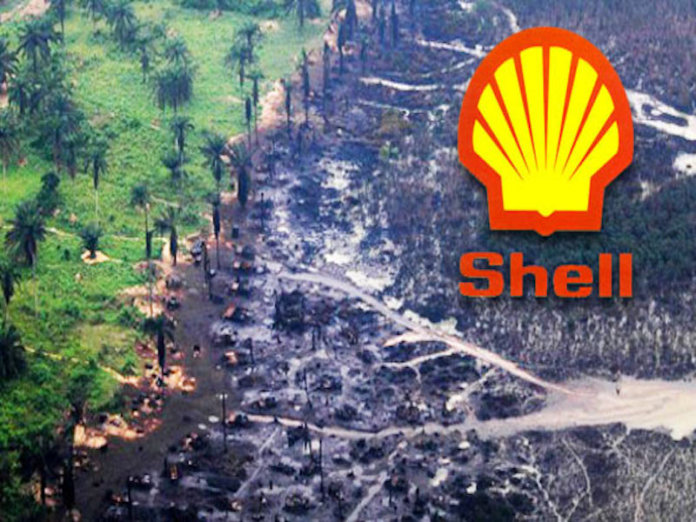 Judgement came in favour of four Nigerian farmers yesterday when an appeal court in the Netherlands ruled that the Nigerian subsidiary of Royal Dutch Shell was responsible for oil pipeline leaks in three communities in the Niger Delta and ordered it to pay unspecified damages to the farmers.

The court said the amount of damages would be determined later and did not specify how many of the four farmers would receive compensation.

After 13 years of legal wrangling, the appeal court in The Hague ruled: “Shell Nigeria is sentenced to compensate farmers for damages.”
The farmers first sued Shell in 2008 over pollution in their villages Goi, Oruma and Ikot Ada Udo, in a case backed by the Netherlands’ arm of environment group,Friends of the Earth.

“Shell Nigeria should have shut down oil supplies on the day of the spill in the cases in Goi,” the court said.

However, the company, in a swift reaction to the judgement yesterday, expressed disappointment at the verdict, insisting the spills were caused by sabotage.

International oil industry analysts said this ruling would pave the way for more cases against the energy company.

The case was brought in 2008 by farmers and campaign group Friends of the Earth, seeking reparations for lost income from contaminated land and waterways in the Niger Delta region, the heart of the Nigerian oil industry.

Milieudefensie, the Dutch arm of Friends of the Earth, brought the case 13 years ago. Two of the four farmers involved have since died. However, a ruling in their favour now could impact where future suits can be heard. This could increase the number of court cases taking place in oil companies’ home countries, rather than those where alleged pollution is taking place.

“The consequences of this case are immense,” Donald Pols, director of Milieudefensie said, adding that he expects hundreds of similar cases to follow. “Companies will realize they can be held responsible for environmental violations abroad.”

After the ruling yesterday, the only possible future legal avenue left to either party, would be to appeal at the Netherlands’ highest court.
Friends of the Earth said the ruling exceeded all expectations and marked the first time a multinational had been instructed by a Dutch court to uphold a duty of care for foreign operations.

The Dutch appeals court did not hold Shell’s parent company, Netherlands-based Royal Dutch Shell, directly responsible, but ordered it to install a leak detection system on the Oruma pipeline, the source of several spills in the case.

The Nigerian unit and Shell are liable to pay 100,000 euros ($121,000) each day if they fail to install the leak detection systems on the Oruma I and II pipelines a year after the order, the court said, to prevent similar leaks from happening in the future.

“This is fantastic news for the environment and people living in developing countries,” said Friends of the Earth’s Netherlands head Donald Pols. It creates legal grounds to “take on the multinationals who do them harm”.

Shell settled a similar case in a British court in 2015, agreeing to pay 70 million euros ($85 million) to members of the Niger Delta Bodo community.
The spills addressed yesterday by the court occurred between 2004 and 2007, but pollution from leaking oil pipelines remains a major problem in the Niger Delta.
Shell has other legal woes to contend with.

In a separate action brought by Milieudefensie, a court in The Hague will in May determine whether Shell is violating human rights by extracting fossil fuels. While in the U.K., thousands of Nigerians are asking British legal authorities for permission to sue the company for environmental damages caused in the Niger Delta.

“If the Shell cases in The Netherlands and in the U.K. Supreme are shut down, that might create a temporary chill on enthusiasm to try these sorts of cases again,” says Veerle Heyvaert, a law professor at the London School of Economics.

However, with about 1,500 cases related to climate pending globally, there’s “too much momentum” for a negative verdict to entirely halt this type of litigation in the future.
In a statement yesterday, spokesperson for the Shell Petroleum Development Company of Nigeria Limited, Mr. Bamidele Odugbesan insisted the spills were caused by sabotage.

He said, “We continue to believe that the spills in Oruma and Goi were the result of sabotage. We are therefore disappointed that this court has made a different finding on the cause of these spills and in its finding that SPDC is liable.

“Sabotage, crude oil theft and illegal refining are a major challenge in the Niger Delta. Indeed, in 2019 around 95% of spill incidents from our operations there were due to such criminal acts.
“Regardless of cause, we clean up and remediate, as we have done with the spills in this case. SPDC also works with a range of stakeholders to find solutions to these complex issues. Like all Shell-operated ventures globally, we are committed to operating safely and protecting the local environment.” 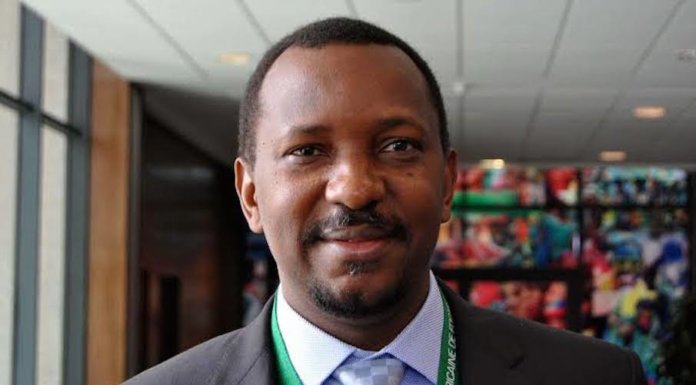