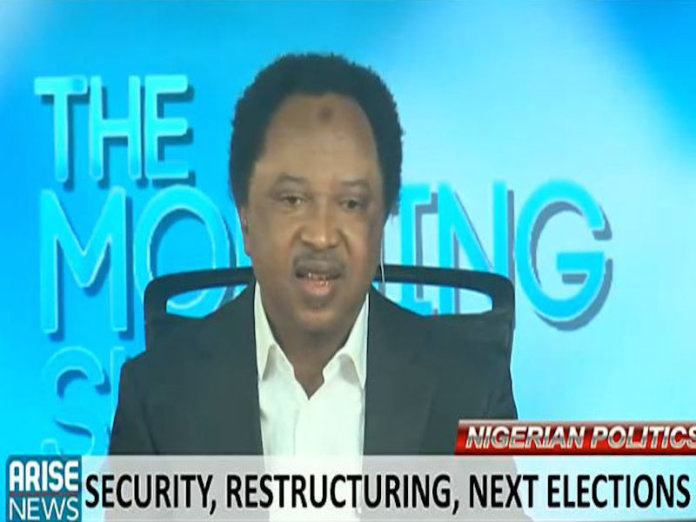 Senator Shehu Sani yesterday applauded the recent move by governors of the South-west region and leaders of Miyetti Allah Cattle Breeders Association of Nigeria (MACBAN) to tackle the menace of Fulani herdsmen across the region, saying however, that the agreement is not sustainable.

Sani who described the effort as a move in the right direction, insisted that the agreement is not viable in the long run.

He stated this when he appeared on ‘The Morning Show,’ a breakfast programme on ARISE NEWS Channel, a THISDAY sister broadcast station.

According to him, “the peace agreement or the dialogue going on between the government of the South-west and Miyetti Allah is a good step forward but is not going to permanently solve the problem. As long as people are allowed to move and roam around with cattle from one state to another, there is bound to be conflict. The herdsmen crisis in Ondo, Ogun and other parts of the South West region in Nigeria is part of the continuation of the kind of conflict we have been having between herdsmen and farmers. It has happened in Benue, Plateau and most part of the North-West has been under siege by bandits who are herdsmen.”

“And the difference the herdsmen rearing down south and the ones we have in the North-West is that these ones rear no cattle; they move in 200 to 300 or more with AK-47 rifles unleashing mayhem and killing people, kidnapping and extorting ransom from people who fall victims in their hands.”

The herdsmen crisis, he stated, is something that has been allowed to linger for the past successive government, including the Buhari’s administration.

The Buhari government, he stressed, has failed to address the problem by envisioning how to solve the problem.

“What policy makers and people in the position of power ought to have done in the beginning is to envisage a Nigeria where it is not possible to do what we have been doing in 1960s and 1980s in this century.

He called on governors in the northern region where the cattle herdsmen come from to set up a grazing reserve and attach it to agro-allied industry and make a business out of it.

“Cattle business in the 21st century is a multi-billion-dollar business and in this century, it is not possible to move about with cattle through ancestral lands of others and not expect crisis to come in and this is affecting the harmonious and co-existing relation that exists between people from the North and the South- West part of Nigeria.”

“I believe that the permanent solution would be to find a permanent place in the North which covers about 75 per cent of the landmass and there is enough land for these cattle and these herdsmen to graze in peace with people whom are not hostile.”

Speaking on the recent appointment of service chiefs, he said, “The new service chiefs should focus on bringing an immediate end to the kidnapping and violence perpetrated by herdsmen, bandits and insurgents in the North-east.”