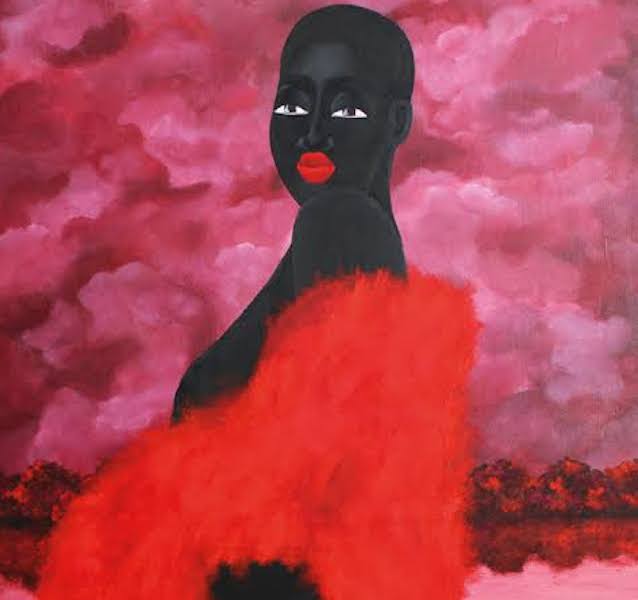 Curated by Azu Nwagbogu, this Pan-African exhibition titled “Liminality in Infinite Space’’ will be wrapped up this weekend. Organised and hosted by African Artists’ Foundation, Victoria Island, Lagos, the exhibition
spotlights 23 artists that form part of the new vanguard in the field of contemporary African figuration.

In an age where the various media available to artists are varied and undefined, this exhibition arches back to more traditional art-making practices including painting, collage, tapestry, and woodcuts. Each artist in turn appropriates these materials totransmit their individual perspectives.

The black figurative painting is central to this show. Black portraiture has always been presented in fanciful depictions that have little semblance of the real lived bodies of black and brown from the African continent and beyond. ‘Liminality in Infinite Space’ attempts to fill in the gaps and chart a new course for African visual history.

“Liminality in Infinite Space elevates the everyday experiences of the black and brown peoples and challenges hypervisibility of survival existence that dominates mainstream media,’’ states the curator in its online catalogue. “The art on view unveils many facets of Black existence that encompasses a full range of human emotion from solitude to play. The artistic approaches deployed here veer away from fetishized representations of blackness that enforce damaging tropes. It is Blackness without burden. Black portraiture has often tended towards fanciful depictions that have little semblance to the real lived experiences of Black and Brown bodies, from the African continent and beyond. Liminality in Infinite Space attempts to fill in the gaps and chart a new course for African visual history. The new imaginings presented move away from narratives which alienate normative Black existence, and rather mediates an unconstrained existence.’’