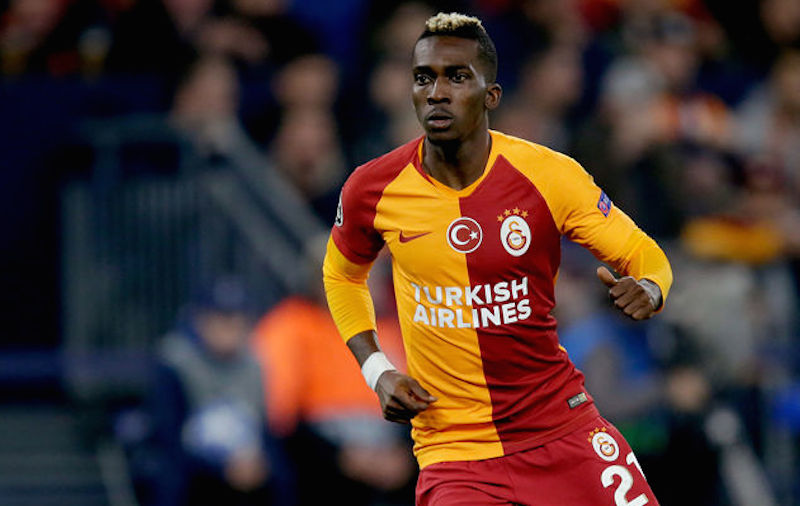 Nigeria international Henry Onyekuru has returned for a third loan spell at Turkish club Galatasaray hoping it will change his career after finding himself in the shadows at French side Monaco.

The 23-year-old played an integral part in the club’s successful Turkish League and Cup double in the 2018-2019 season when he scored 16 goals, contributed six assists in 44 matches in all competitions.

His second stint was a mixed six months in Istanbul in 2020, but the forward is glad to be back at Galatasaray again for the remainder of the 2020/21 season after failing to make the breakthrough at parent club Monaco this season.

His latest deal comes with an option for the Turkish side to buy him at the end of the season.

“Honestly, I’m very happy to be back in Galatasaray where I had previously enjoyed success,” Onyekuru told BBC Sport Africa.

“I chose Galatasaray because I’ve not been playing for six months. I just want to go somewhere that I don’t need to try too hard to prove anything to the coach or force myself into the consciousness of the club or fans.

“Here at this historical club I can get more regular games to be back in shape. Play on a weekly basis to get my form and important fitness back.”

Record 22-time Turkish champions Galatasaray, currently lie third behind bitter rivals Besiktas and Fenerbahce in the league table, have brought back Onyekuru in a bid to bolster their attacking options and the Super Eagle aims to repay their faith in him.

“They always show me love. The coach Fatih Terim has confidence in me,” he explained.

“I think and know this is the best club for me to get back on track by delivering on my part with goals and assists.

“The main goal is to be champions again with this club and take it to the next step in my career.”

His previous success and performance in Turkey earned him a spot in his country’s final squad for a major tournament at the 2019 Africa Cup of Nations.

Onyekuru insists he bears no grudge against Monaco for giving him the chance to establish himself.

“My move to Monaco like I said was an urgent move and I knew nothing about it,” he added.

“Everton were willing to sell and they found a team, so I understand it was no fault of theirs.

“It was something that I didn’t really have a say in it. Now I have a chance to move because my experience there in Monaco has been ups and downs.”