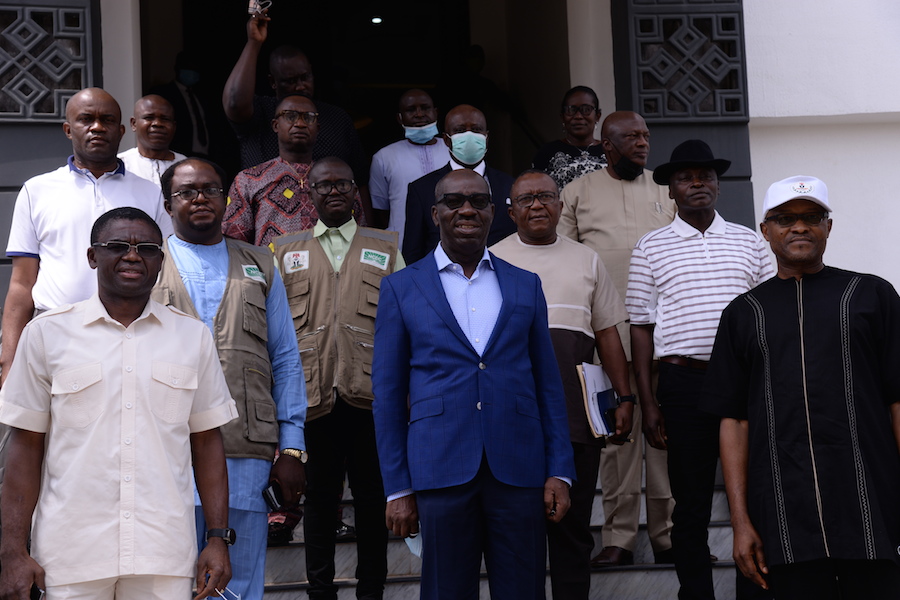 The Edo State Governor, Mr. Godwin Obaseki, has said the state is ready to host the National Sports Festival but expressed fear of lack of funds to host 11,500 athletes and officials at the 20th edition of the sports meet in Benin City.

Obaseki disclosed this when he received members of the Main Organizing Committee (MOC) from the Federal Ministry of Youths and Sports Development (FMYSD) and the Local Organising Committee who paid him a courtesy visit in Benin City yesterday.

The governor said Covid-19 pandemic has taken a toll on the finances of various states and countries across the globe and Edo State is not left out.

He noted that the impact of the virus might have a negative effect on hosting the game in the state.

Obaseki said: “Since March last year, you know the financial strength of most states, sub-nationals and countries. For us as a state, we are ready to host but don’t have the funds at this point in time to host the games; this is the plain truth.

“If the Federal Government however in its wisdom decides to bring the funding for the games, we will be too willing to host the country. We have to live with Covid-19 because it has come to stay; even with the vaccination, the virus will still be around.”

Obaseki insisted that cancelling the festival was no solution to the matter.

“Cancelling the game is not the solution to this issue. We have to sit down and look at all these issues critically before reaching a final decision.”

The governor continued: “Beyond the game itself, which is an instrument of unity and a way of engaging the youths, there is the Tokyo Olympics to prepare for. But how do we prepare for the Olympics without Edo 2020? Can we afford to expose our young people to the dangers of Covid-19 or would there be other Olympics in the future? We have to balance these things.

“We have to make a decision whether we want to go to the Tokyo games. If we want to, how do we prepare Nigeria’s contingents, where are the trials?”

Earlier, the leader of delegation from FMYSD, Nebeolisa Anako, expressed delight with the facilities inspected by the committee for the games slated to commence from 14th to 28th February 2021.

He said the facilities show that the Edo is ready to host the Nation.