BPE, Indian Group Work out Modalities for Investments in Nigeria  26 mins ago 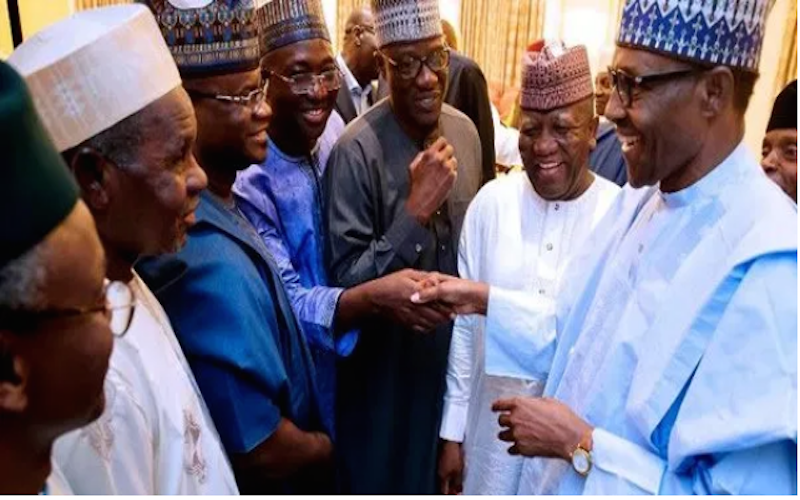 Governors elected on the platfirm of the All Progressives Congress have consolidated their hold on the structure of the ruling party, writes Adedayo Akinwale

With less down 763 days to the 2023 general election, the governors elected on the platform of the All Progressives Congress (APC) are leaving nothing to chance as they consolidate their grip on the party structure.

The dissolution of organs of the party at the state, zonal and national levels during the party’s emergency National Executive Committee (NEC) held at the State House in Abuja in December 2020, which was presided over by President Muhammadu Buhari was a pointer that the governors are not ready to lose their control of the soul of the party anytime soon.

Despite stiff opposition by some power blocs within the party, the governors who are already in control of the party ensured that the tenure of the party’s Caretaker/ Extraordinary National Convention Planning Committee, chaired by Yobe State Governor, Mr. Mai Mala Buni, was extended by six months at the last NEC meeting.

The caretaker committee was raised in June following the dissolution of the National Working Committee (NWC), led by Mr. Adams Oshiomhole, whose suspension plunged the party into a leadership crisis with two factions of the party laying claims to its interim chairmanship.

The caretaker committee was saddled with the task of reconciling factions in the party and organising a national convention that will birth a new party leadership, was given till December 25 to conclude its assignment.

But with the dissolution of the party’s structures last December, the President, along with the governors, who form the two major power blocs in the party will play dominant roles in picking candidates to fill the various posts when the structures are being reconstituted.

Briefing journalists after the NEC meeting, one of the governors of the Northern states, along with his counterparts from Imo and Ondo States, Senator Hope Uzodinma and Mr. Rotimi Akeredolu, said the committee also directed the immediate reconstitution of the dissolved organs in an acting capacity.

“NEC approved the immediate dissolution of the party’s organs at the polling unit, ward, local government, state and zonal levels as well as the non-National Working Committee component of the National Executive Committee as well as their immediate reconstitution and composition of the dissolved excos to serve in their respective offices in a caretaker committee capacity but excluding the non-NWC members of NEC,” he said.

The governor further explained that the party extended the tenure of the Committee of the party by another six months.

Political analysts, however, believe that the reconstitution of the party structures will give the president and the governors leverage in deciding how the party’s candidates will emerge ahead of the 2023 general election as they will ensure that only people whose loyalty they can count on emerge as party leaders from ward to national levels.

In spite of the fact that the influence of the National Leader of the party, Asiwaju Bola Tinubu within the ruling party has been wittled-down, especially with the removal of Oshiomhole and Ibrahim Magu as acting chairman of the Economic and Financial Crimes Commission (EFCC), thought by Tinubu’s rivals to support his cause, but the former Governor of Lagos State shows no sign of slowing down as he continues in his quest to succeed Buhari.

Tinubu’s supporters have swung into action with the launching of his campaign under the banner of ‘South-West Agenda 2023’, with the fitting acronym SWAGA.

As Tinubu tries to recover ground, it is equally believed that Vice President Yemi Osinbajo, like most politicians from the South-west, is also nursing presidential ambition.

Governor of Ekiti State and Chairman of the Nigerian Governors’ Forum, Kayode Fayemi, is also a popular contender; who is politically astute and trusted by Buhari.

Even though, it was gathered that the governors have all but agreed that one of them will succeed Buhari, they have not been able to zero down on who the successor might be.

The Presidential ambition of former Governor of Imo state, Sen. Rochas Okorocha is not hidden. He is not putting all his eggs in one basket, while he likes to be the president, the Imo Senator may not say no to a Vice Presidential slot either if power remains in the north.

Moreso, while politicial activities conrinue to gather momentum ahead of 2023 elections, few days after the tenure of the caretaker Committee was extended, Buni said that the amendment of the party’s constitution was more important than the membership registration and revalidation exercise.

Buni who was represented by the Secretary of the party, Senator John Akpanudoedehe, stated at the inauguration of state chairmen of the party said: “Apart from the issue of membership registration, there are the outstanding issues of constitutional amendment. This is a matter that is as important as reconstitution of leadership, if not more important. I believe that our capacity to strengthen our rules through constitutional amendment will help us to put all the problems that led to the crisis that brought us to this point behind us. I will therefore invite you to take all the necessary steps to forward recommendations that will enable us to strengthen our rules.”

The proposed amendments to the constitution, it was gathered will prioritise party discipline as well as accountability, and would also take into consideration the use of its discretionary waiver which confers on a new entrant the privileges enjoyed by older members.

Other amendments being considered include a change in nomenclature, membership and number of persons eligible to be on the party’s Board of Trustees.

An Elders’ Council, made up of present and former Presidents, Vice-Presidents, Senate President/ Deputy Senate President as well as former National Chairmen of the legacy parties, who are still members of the APC, it was gathered, will form the nucleus of the council.

A member of the party’s National Executive Council, who preferred anonimity revealed: “If the changes being proposed scale through, you will see a different APC going forward. We intend to have an Elders’ Council to replace the BoT, which has not even been inaugurated since we formed the party. If it was functional, we probably wouldn’t be having the problems we are having within the party today.”

“There is also this issue of people joining the party’s today and flying the party’s flag tomorrow. We want to put measures in place to discourage people from joining the party solely because they want a platform to contest elections. This is part of our plan to reward loyalty to the party. The use of our discretionary waivers will be strengthened to guard against abuse. It is not something that a national chairman can just wake up and hand out, the process and procedure will be respected.”

After the initial postponement, the caretaker Committee has revealed that it will soon release a detailed timetable for reconstitution of party leadership at all levels after the completion of party’s membership registration/revalidation exercise.

It assured that nobody would be disenfranchised and therefore appealed to all members and leaders at all levels to cooperate with the members of the registration/revalidation teams that will work all over the country to conduct the exercise.

The party stated: “Our party’s membership registration/revalidation will be followed by activities for the party’s leadership reconstitution at all levels, from ward, local government, states to national. Ahead of all that, the Caretaker Committee will release a detailed timetable for all activities very soon.

“As a party, we want to assure all our members that our commitment to lead the process of political change in Nigeria is unwavering. Our ability to constantly strengthen the structures of our party is part of our change credentials.

“Other important requirements, which will include the review of our rules and other operational requirements, which are needed to make our party and our elected representatives more accountable to Nigerians will be considered and all the necessary steps required will be taken.”

While politicial activities conrinue to gather momentum ahead of 2023 elections, few days after the tenure of the caretaker Committee was extended, Buni said that the amendment of the party’s constitution was more important than the membership registration and revalidation exercise. Buni who was represented by the Secretary of the party, Senator John Akpanudoedehe, stated at the inauguration of state chairmen of the party said: “Apart from the issue of membership registration, there are the outstanding issues of constitutional amendment. This is a matter that is as important as reconstitution of leadership, if not more important