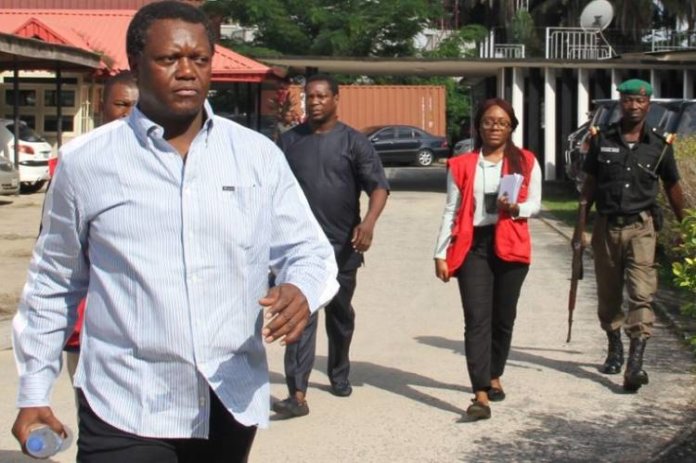 Osagie was arrested on August 8, 2019, and arraigned alongside his younger brother, Erhunse Giwa-Osagie, on three counts of money laundering before Justice Nicholas Oweibo of the Federal High Court in Lagos.

Upon the transfer of the case file from Justice Oweibo, the suspects were re-arraigned before Justice Chuka Obiozor in October 2019.

On Friday, March 6, 2019, the defendants were brought before Justice Chukwujekwu Aneke of the same court.

The EFCC accused the two brothers of making a cash payment of $2 million without going through a financial institution in the build-up to the 2019 general election.

It said the amount which exceeded what is authorised by law was meant for the 2019 elections.

During trial, the EFCC testified that sometime in 2019, it received intelligence that some politicians were moving around with dollars to influence the result of the last general election.

It called two witnesses who testified in favour of its allegation that the $2million was evidence of such activity.

The EFCC had closed its case on January 14, 2021, after calling two witnesses and tendering documents in evidence.

The defendants through their counsel, Uduak Kufre filed a no-case-submission.

They opposed the anti-graft agency, arguing among others that they never acted illegally.

Ruling on the application yesterday, Justice Aneke held that the anti-graft commission failed to establish evidence that the defendants committed the alleged offence.

He added that the anti-graft commission also failed to establish that the money in question was illegal.