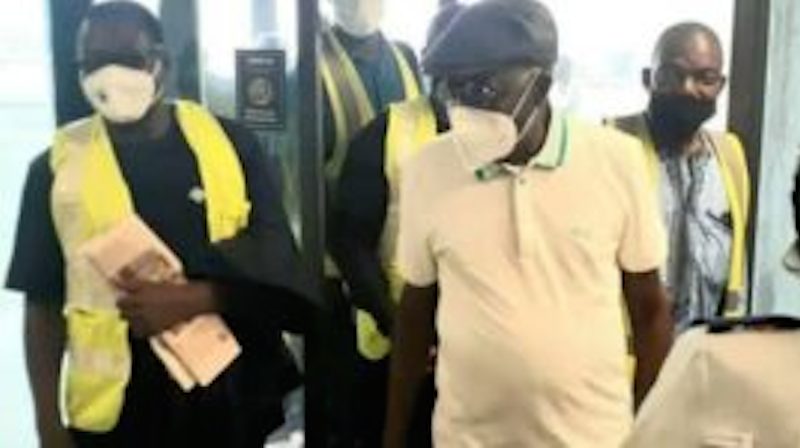 National Leader of the All Progressives Congress (APC), Senator Bola Tinubu, has arrived in Nigeria after a month absence.

Tinubu returned to the country yesterday, about a month after he left.

He was sighted at the Murtala Muhammed International Airport (MMIA), Lagos, in company of some of his aides.

The Cable reported that Tinubu was hospitalised in Paris, France, after falling ill.

There were speculations that he tested positive to COVID-19 but his media team later denied such reports.

“Asiwaju is healthy and does not have COVID-19,” his spokesperson, Tunde Rahman, had said.

“He took his annual trip and as part of the preparation for the trip he took a COVID-19 test which was negative. Since the advent of the pandemic Asiwaju has always done his level best to observe, as strictly as humanly possible, all government advice and safety protocols to prevent the spread of the virus and to keep himself and those around him safe from harm.”

There are speculations that the former Lagos State governor would contest the 2023 presidential election.

Although Tinubu has not publicly declared his interest in the highest office in the land, his allies and associates have started campaigning.