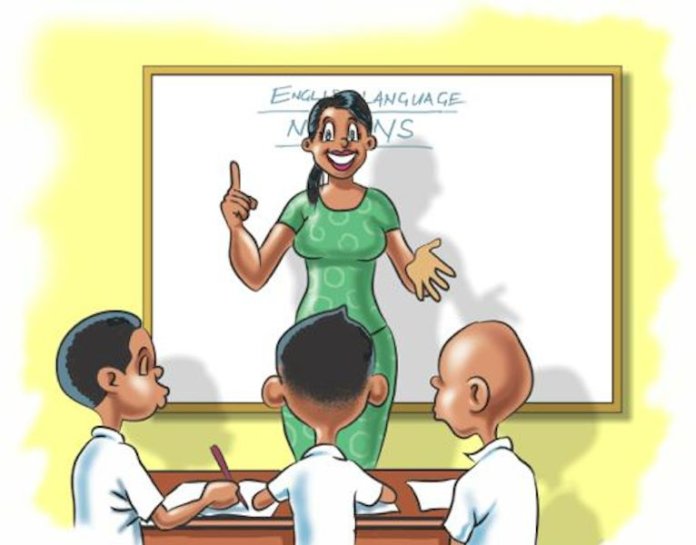 The dearth of teachers should be addressed urgently

The revelation by the Universal Basic Education Commission (UBEC) that Nigeria has a shortage of 280,000 teachers at the basic level in both public and private schools is a reflection of the state of affairs in the country. It makes no sense that a nation bursting with hundreds of thousands of unemployed university graduates, including those who trained as teachers, should be talking about such shortage. It is also curious that UBEC spent N10 billion on teacher education last year, when there was no learning as a result of COVID-19 pandemic and strike by the Academic Staff Union of Universities (ASUU).

However, the immediate questions are: Is there synergy between the Teachers Institute in Kaduna, the Teachers Registration Council and UBEC? Is there any real evidence of teacher development beyond records of expenditure over the years? Is there any indication of improvement in the academic performance of students, as a result of this alleged investment in the training of teachers? Why should the federal government be recruiting teachers for primary schools that are statutorily under the control of local governments? Why is it that, after the Community Accountability and Transparency Initiative (CATI) of the education ministry which revealed that billions of Naira from the UBEC was diverted in 2006, nothing was ever heard of the initiative?

The foregoing and many more are pertinent questions begging for answers but with ‘shortage’ of teachers, it is easy to understand why the illiterate population remains high in Nigeria. The National Commission for Mass Literacy, Adult and Non-Formal Education, (NMEC) has established that the percentage of people from the age of 15 and above who can read and write simple statements on their everyday life stands at an unacceptable 35 per cent. This high rate of illiteracy partly accounts for the low level of development in Nigeria. Although teachers are central to changing this situation, majority of those currently engaged in the profession have sadly made their work part time; as they engage in petty trading and related activities.

The dearth of teachers is an issue that needs to be urgently addressed at the level of National Economic Council, where the governors are members. Primary education does not fall within the purview of the federal government. The two per cent of the Consolidated Revenue Fund (CRF) set aside by the federal government for equal distribution to all the states and Federal Capital Territory (FCT) to support basic education is looked upon by many states with a sense of entitlement. While the grant is not being accessed in some states that refuse to pay a matching grant of the same amount due to them, others treat it as slush funds.

Not long ago, the Zamfara Education Board Chairman complained bitterly about the chronic shortage of primary school teachers in his state. He said no fewer than 300 public primary schools were manned by a single teacher each. It is the same in most schools in remote rural communities across the country where there are no teachers, leaving the children to their own devices. Perhaps even worse is that many of the few teachers available to impart knowledge are highly incompetent, hired through the corruption-ridden system of “who you know.” As the Minister of Education, Adamu Adamu rightly said two years ago, “it is an embarrassment to us that we have so many qualified people without job and we are giving the job to people who are not qualified.”

If those who are expected to impart knowledge are themselves illiterates, how do we create the necessary balance of skills and knowledge that would drive national development?
The way forward is a massive teacher recruitment drive, with the budgetary allocation to go with it. In addition, UBEC should publish the list of states with the lowest number of teachers, their status with regard to the procurement and utilisation of UBEC funds, as well as records of learning outcome in all competitive examinations. It is the failure to take some of these steps that has consistently earned UBEC a bad name for the misdeeds of some state governments.

Quote
UBEC should publish the list of states with the lowest number of teachers, their status with regard to the procurement and utilisation of UBEC funds, as well as records of learning outcome in all competitive examinations