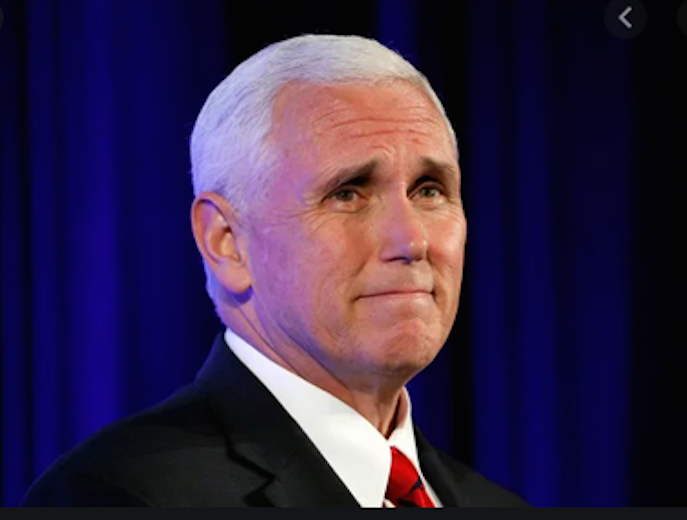 January 6, 2021 has properly gone down in history as the day rape was orchestrated against the hitherto honoured strong institution called democracy. This deity called democracy is a governance idea that replaced others especially in the 20th century. Its chief priest remains the United States of America (US) and its shrine is the Capitol Hill housing the legislature. On that day, the legislature was to certify the November 3rd, 2020 presidential election that Biden and Harris were declared winners; but to their worst surprise, the then President Donald Trump had planned to truncate that process and upturn the result in his favour.

So how strong was democracy to have allowed, in the first place, Trump supporters to infiltrate the hallowed chambers of Capitol Hill to desecrate its shrine? The same security officers democracy uses to show its strength disappointed it that day. So the violators went into the shrine, abused its instruments and facilities, spat on the floor, sat on its seats, broke its gates, broke its windows, shouted unprintable words and songs, brought into the shrine intolerable flags, dressed like animals or masquerades, ran amok and told the world that democracy is not as strong as they thought. In fact they told democracy that it is a thief: it stole an election that Trump won. So where was democracy when all these happened inside the Capitol Hill? Was democracy in chains? Were its gods and oracles asleep? Or did democracy travel to a very far place? Did democracy decide to exit the US (DEXITUS or DEXIT)? Where were the ammunitions (police, military, guns, missiles and rockets of democracy) held by its force agents that were always at its disposal? So can democracy be a toothless bull dog? Where were its chief servants: the Constitution of the US, past presidents of the US, the chief judge of the Supreme Court, the Speaker of the House and the Senate President? So all these people and instruments of democracy were in the US and the rape, abuse and shithole still took place? It then means that truly, democracy is just an idea that if left alone is lifeless, harmless and cannot do anything on its own. However, it gains life and becomes useful to humanity and God if human beings decide to act according to its principles. Without these actions of the human beings, democracy is as good as a dead thing.

Consequently, in my own country Nigeria, what should be strong is the human being that manages the institutions. No matter how strongly worded our laws are, if the human beings who implement these laws know how to do what the laws did not recommend, the institution remains a failed one. Several times in Nigeria, legislators, rioters, etc., have entered the legislative houses and carried away or broke the maze of the chambers. How many of these violators were arrested and prosecuted? In Nigeria, political leaders look the other way, do the wrong things and we suffer; yet someone will tell me the institution is weak. No we need human beings like Mike Pence in Nigeria, who will stand firm and do the right things. That is all we need in Nigeria to succeed as a country. Nigeria’s terminal problem is bad political leadership.

Please Obama, Utomi, Kukah, etc., give Nigeria strong men who are disciplined enough to do the right things and this country will be one of the bests in the world. May God bless Mike Pence for doing the right thing.