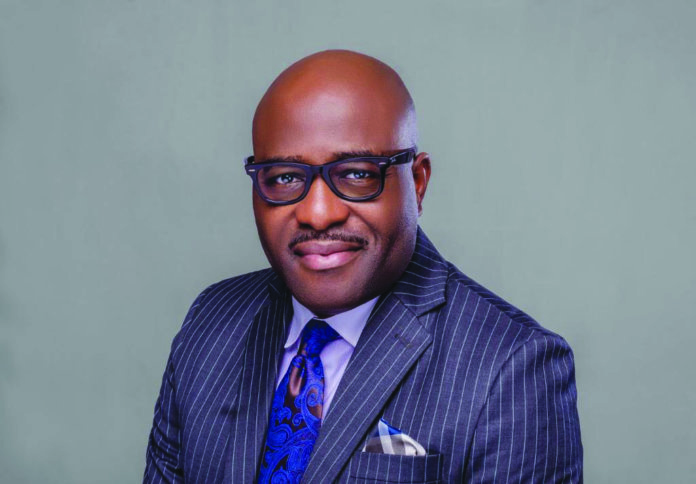 Hi there, good to be back.
I was recently invited as a guest speaker to January9Collective’s Annual Lecture 9.0; where I shared my thoughts on some pragmatic steps we could take as a nation. Thought you might enjoy reading the speech too.

John Wooden said; “If we fail to adapt, we fail to move forward.” The truth is, our nation’s current reality is a build-up of over 60 years’ worth of actions and inactions and there is a need for us to pick up the pace.

Recent data posits that in the year 2030, Nigeria will be the 5th largest populous country in the world and this fact will definitely stretch our resources. Currently, the petroleum industry accounts for about nine percent of Nigeria’s GDP and over 90 percent of all export value. As climate change issues exacerbate, countries whose economy rely majorly on oil will face huge economic uncertainties. As a result, it is clear that for a country like ours, where oil plays a major role in our economy, we need to make some key decisions.

To do this, here are 4 pragmatic steps I think we need to take as a nation.

1. All Key Stakeholders Must Come Together

This includes the three arms of government – the political and Nigerian elite, the youths and the average Nigerian citizen.
I strongly believe we can remarkably move the needle if every relevant stakeholder commits to a holistic intervention that will effectively leverage all resources and manpower in building the nation.

Why is this important?
As an ardent lover of football, I regularly use football as a prism to talk about life.
Imagine Nigeria as a football team competing to win the Champions League, to stand a chance, we must put our best players on the pitch. Likewise, for us to have a chance in this globally competitive world, all key stakeholders must come together to create impactful changes in the nation.

Vishnu Varathan, senior economist at Mizuho Bank speaking about one of my favourite leaders, Lee Kuan Yew’s impact as Singapore’s founding Prime Minister described him as a visionary leader who was Singapore’s chief architect in harnessing social cohesion despite ethnic and religious diversity (this reminds me of Nigeria); thereby engineering an economic miracle.

He was committed to creating a universally accessible top-flight education system which was reflected in his economic policy that identified human capital as Singapore’s key competitive advantage. This understated principle accelerated economic growth by creating room for upward social mobility for all, emphasizing meritocracy with little tolerance for complacency or corruption. This, complemented by a fair and transparent judiciary, made businesses thrive in the country.

Thus, to facilitate our nation’s next movement we must ensure that all our key stakeholders are committed to the Nigerian Project. Likewise, the popular saying by the English poet John Donne, “no man is an island,” compares people to countries, and emphasizes the interconnectedness of all people. Hence, to build as one, we must come together.

2. Transparency in Governance
This generation will continue to ask questions and demand value. Hence, transparency, accountability and effective communication is crucial to gain, sustain and when necessary, win back the trust of the people. You will notice that the most transparent countries; those with open business and government practices, well-distributed political power, high levels of trustworthiness and low levels of perceived corruption, tend to be among the world’s strongest democracies and affluent nations.

Therefore, it is wise to pay attention to the major by-product of lack of transparency in governance, which is corruption. The global perception-based survey depicts that countries with the least corruption are typically advanced economies. For instance, Canada, Norway and Denmark are ranked 1st, 2nd and 3rd in the 2019 index. Larger developed countries like the United Kingdom (12th), Japan (14th) and the US (18th) all rated well near the top of the list.

However, one country that may seem to buck the trend is China (34th). As the second largest economy in the world, throughout the 1900s and 2000s China enjoyed rapid GDP growth despite a lack of transparency in governance. Currently, due to evolving international expectations, China is now becoming more open compared to its own past practice.

We can therefore surmise that; there is a direct correlation between transparency and the way an economy thrives. The more transparent a country is, the more prosperous the economy becomes. Hence, for a country of our size, with our population mix and diversity, transparency is crucial if we are committed to changing the narrative of our nation.

3. Redesign Key Sectors in the Country
To facilitate the progress towards our nation’s next move, key sectors must be restructured.
For instance, our education infrastructure will need an overhaul as there is a strong correlation between access to quality education and the socio-economic development of any nation. A report by the Organization for Economic Cooperation and Development (OECD) shows that increasing access to education, and the skills needed to participate fully in society would significantly boost the GDP in lower-income countries by an average of 28% per year, and 16% per year in high-income countries.

An example of this is South Korea. With a 78% illiterate population after the Korean War, and a per capita income of US $200 in 1970, the World Bank Group considered South Korea to be too risky for even the lowest interest rate loans. Convinced that education was the best way to pull their country out of misery, the South Korean Government focused on overhauling schools and committed to providing quality education for every child. Today, South Korea has a 98% literacy rate and is a high-income country with a per capita income that surpasses US$30,000. A nation once labelled one of the poorest is now the 12th largest economy in the world.

The former president of South Africa, Nelson Mandela captured the importance of education aptly by saying “Education is the most powerful weapon which you can use to change the world.” Thus, we must expand our access to education across board (tertiary, primary and secondary) using technology and also by providing more lecture theatres and classrooms. Similarly, there is a need to improve the quality of our teachers, as I opined in one of my articles that the singular most important factor for improving the educational outcomes in any nation are the teachers.

Whilst there are several other challenges in the education sector, emphasis must be placed on the role of TVET (Technical and Vocational Education and Training) in preparing students effectively for the global workforce. TVET and skills development are important components in promoting economic growth in general and addressing youth unemployment in particular. Therefore, across the country there must be access to vocational and technical education infrastructure that allows us to turn out millions of midlevel manpower with the relevant skills to compete in the global economy.

As a result, we need to give hope and inspire Nigerians to dream again. An ancient King in Israel, Solomon did say; “hope deferred makes the heart sick.”

So, how do we inspire our people?
We must give our people a clear vision and help them visualize possibilities. We must make them believe in our country again.
This point for me is probably the most important step we need to take as a nation. I believe we aren’t the largest black nation on earth by happenstance, fate has bestowed that upon us. So, let’s keep the hope alive and keep moving ahead. I’m confident that we will take our rightful place in the committee of nations.

Till the next time we meet here, remember we all have “A Role to Play”.
Stay Blessed.