2023: INEC Insists Parties Must Inform it of Foreign Funds 4 hours ago 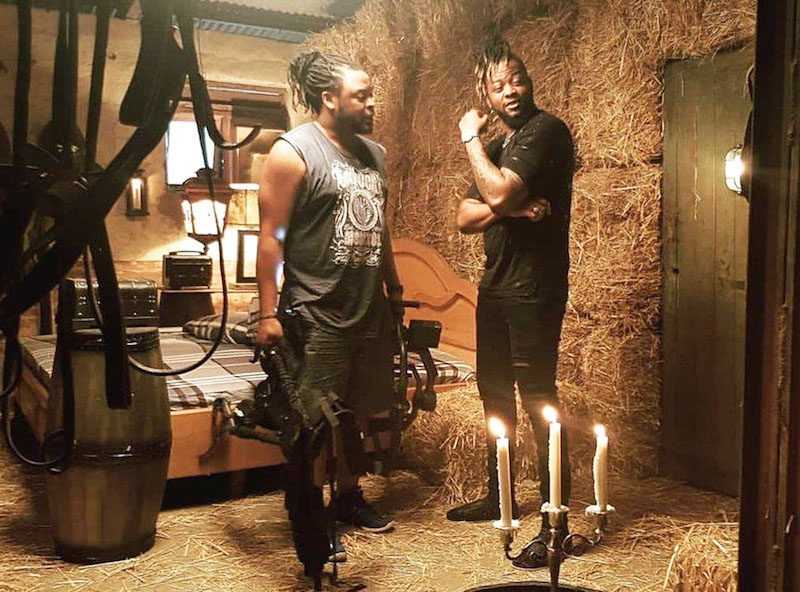 What happens when a group of friends embark on a no-phone camping adventure? The outcome is as creepy as the movie’s title, Creepy Lives Here. Ferdinand Ekechukwu reports

It’s not questionable that filmmaker Toka McBaror is giving Nollywood a horror movie in 2021 with the title, “Creepy Lives Here”. It’s one of the movies to look out for this year. And coming from McBaror makes it even highly anticipated. Without a date yet for debut, the official trailer for his latest directorial effort released recently shows enthralling scenes. Toka McBaror, whose directorial has maintained the glistening drip of variety movies in Nollywood such as Lotanna, Kada River, and Merry Men (The Real Yoruba Demons), taps into this slasher genre.

‘Creepy Lives Here’ hinges towards horror, and in dark, sadistic ways. It thus seems there’s more of this vibe to come in Nollywood this year going by other movie behind the scene footage and images. The forthcoming “Creepy Lives Here” tells the tale of a group of friends who decide to go on a no-phone creepy camping and their horrific experience. Executive produced by Kenneth Omeruo, ‘Creepy Lives Here’ stars amazing actors including Oyetoro Hafiz and Romeo Horsfall.

“How about we go on a no phone creepy camping,” Beverly says of her idea of the weird camping adventure in one of the scenes from the trailer opening scenes upon scenes of claustrophobic dread.

As this group of friends decides to camp out in a reclusive cabinlike shelter without their phones and, while there, get preyed on and murdered by someone who knows every corners of the place. Would any of these friends survive this expedition?

While the One minute 30 seconds trailer sustains a menacing, eerie atmosphere, it’s still your run-of-the-mill cabin horror that embraces the vastness of night and the evil that lurks around. Aged comic Afeez Oyetoro plays something like a quasi-villain, a decoy allowing room for the real killer to carry out their blood-thirsty, nocturnal activities. “They call me . . . and you are all very welcome,” Oyetoro’s bearded character deceptively receives them on arrival at the barn in the middle of nowhere.

Just a little more about the ‘Creepy’ filmmaker, Toka McBaror, the producer and director, who emerged with Tales of Bante in 2003. He thought he made a brilliant film then as a self-taught. He then graduated into editing. A few years down the line, he started learning camera.

And in 2000, he made up his mind to learn film making. Thinking about it now makes him laugh, but it was a starting point for the award-winning filmmaker.

“The mistakes forged me into what I am today,” he said in a chat. For those who know him well, Toka make movies but has long graduated into making fantastic movies.