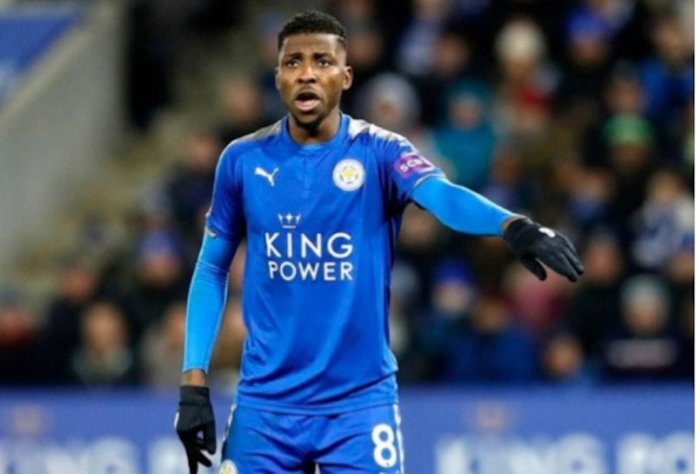 Currently placed third in the Premier League log, Leicester City are seen as a strong contender for title, however, one player does not seem to be on the same page with the club’s rise. With no goal to show for his efforts so far in the league and even squandering an opportunity from the spot against Crystal Palace, which cost the Brenden Rodgers side two valuable points, Kelechi Iheanacho’s future at the King Power Stadium now hangs in the balance. And with German Bundesliga club RB Leipzig showing interest in the signing Nigeria international, he might soon be bidding the Foxes goodbye

If the report coming out of Germany is anything to go by, Kelechi Iheanacho’s days with Leicester City are numbered as Bundesliga club RB Leipzig are ready to make a loan move for the out-of-favour Nigeria striker. According to German news outlet Bild, the Bundesliga club would be looking to take the former Manchester City striker in the summer transfer.

It could be an enticing opportunity for Iheanacho, who have struggled for regular first-team minutes at their club this season.
Iheanacho has played as Jamie Vardy’s back-up at Leicester but has managed 18 appearances across all competitions this season, while all three of his goals and his two assists came in the Europa League.

The Nigerian also did himself no favours in the Foxes’ 1-1 draw with Crystal Palace last month, missing from the penalty spot in the first half before struggling in front of goal at Selhurst Park.

The opportunity for more minutes in Germany could prove hard to turn down for Iheanacho, especially with Leipzig still in the Champions League and just four points behind Bayern Munich in the race for the title.

With Vardy, now 34 and nearing the twilight of his career, the former Foxes star, Emiley Heskey has urged the club to start looking for the forward’s replacement as he is convinced Iheanacho is not the right man to replace Vardy as the club’s first-choice attacker.
Vardy is nearing the end of his illustrious career and has been a key member of the Foxes squad since teaming up with the side in 2012.

The forward has scored more than 120 goals for the King Power Stadium outfit, including his 23 strikes last season, which saw him win the Premier League top-scorer award.
Iheanacho, on his part, has struggled to fully establish himself with the Foxes since joining the club in the summer of 2017.

The Nigerian international has only scored nine Premier League goals in 81 appearances for the Foxes and in the current campaign, he is yet to open his account in the division.
Heskey has advised the Foxes to look elsewhere for Vardy’s replacement as Iheanacho would struggle to fill the void of the 34-year-old if he leaves the club.

“When Vardy doesn’t play you see a difference in the way they play and effectiveness of them going forward,” Heskey told Premier League Productions.
“They haven’t quite found someone who could actually fill that gap and this is what they are going to be looking at. Can Iheanacho be that next player? I can’t see it so they have to go and get someone else.

“I don’t know if there are any youth players that can actually take up that mantle now and play them in certain games so they have to go and look out for a new Jamie Vardy”.
“He (Vardy) is a top lad and a top striker in the world, everyone knows,” Iheanacho said about Vardy.

“I am playing with him in training and watching him which inspires me as well. I will keep going. We can play as two strikers or we can play one striker as well. It depends on how the manager wants to play and set up the squad and everyone is important. We need everyone.”

Iheanacho maintained he’s happy at the King Power Stadium and is more than content with his current role under Brendan Rodgers.
“As a football player you need to keep your head and keep going and concentrate when you are playing and when you are not playing,” he said.

“Everyone has to go through this at some point. You need to keep working hard and believing in yourself that one day you can get your chance. I am confident. I believe in myself if I get the chance,” he said.
Rogers has in a press conference confirmed the club are looking at the transfer market to discover attackers to sign, which automatically places the Nigerian’s position in the squad at risk.

It was also hugely rumoured that Leicester may fund new targets by selling Iheanacho.
“He’s unfortunate he is playing behind one of the great strikers in Europe. Jamie is at the very top of his game, in his goalscoring and his pressing, so it’s very difficult for Iheanacho to get in,” Rogers said.

“Iheanacho wasn’t having one of his better games,” said Rodgers had said.
Iheanacho will hope to get some minutes under his belt when Leicester City take on Brentford in a FA Cup tie on January 24.

The Super Eagles forward has featured in 18 games this season for the King Power Stadium outfit and has three goals and four assists to his name across all competitions.

Leicester climbed to the top of the league table following their victory over Chelsea on Tuesday, but with victory for the two Manchester clubs-United and City, who are now first and second respectively, the Foxes are now placed third on the league table.
Notwithstanding his inconsistency at Leicester, Iheanacho remains a key member of the Nigeria national team.

The forward recently helped the Super Eagles move closer to qualifying for the 2022 Africa Cup of Nations with his performances against Sierra Leone in November.